ISOG is a surreal (why am I not surprise of this! After all that was the theme of the contest) action roguelike (ok, now I am surprised!) game of exploration and dungeon crawling in which we play as Lamb, a crossdresser that died and now is in a strange limbo but... what will happen next? Play and see...

The game is not your typical dungeon crawler adventure with turn based battles, but rather an action exploration game set in a bizarre world populated by strange creatures. Ok, this description makes the game seems a sort of Ghost Suburb II (that I reviewed earlier) except with real time combat, but uhm in reality there are some clear goals:
1 - fight the blue monsters
2 - collect the red gems 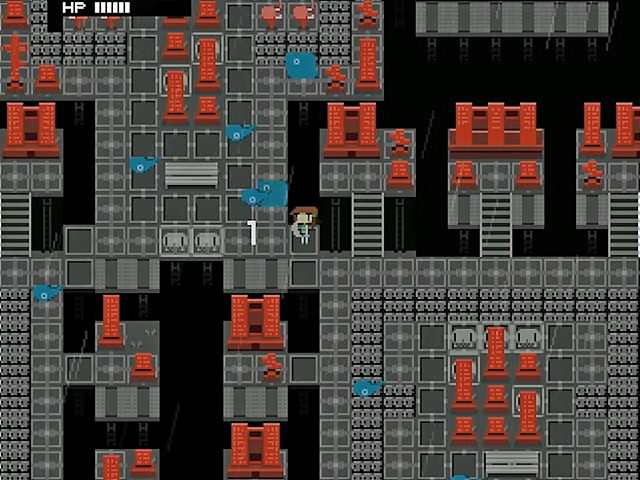 the reward will be a flashback that will help figuring out Lamb's past, introducing other characters like Angelica and Connor, two figures that play an important part in Lamb's life. But play the game and see, the reward is figuring out what happend so I won't say more on this.

I will instead speak of combat against the blue (generic) creatures, probably and sadly the worst aspect of this game: it's terrible, but at least it is simple, as you just need to run into the monsters on left or right, avoiding them when they move down or up to touch you. Anyway even if you touch and kill them (as most of them dies with just one hit) going from left to right or the inverse, there is a chance they will too hit!
Heh combat is simple, and I like it simple (even if the lack of special or ranged attacks makes thing difficult!), but still there's a lot of luck involved, and that's unfortunate, since no matter your skill you will be hit.
Luckily the walking speed is decent so you may avoid some encounters, and since there are no levels or experience earned from them you won't lose anything. 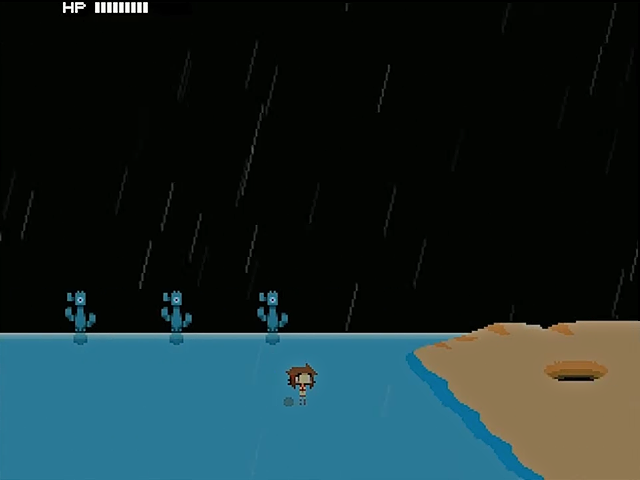 If you were wounded there are some hearts scattered around that can be used to restore the energy, but besides the hearts there are other items that can be collected, like boxes that can change Lamb's outfit and appearance (this reminds to me of Yume Nikki and its effects... it's not strange if this was one of the influences). Oh and speaking of this, just get the Prison outfit, as it's the best one available and has the most powerful attack of all (it does 4 damage, so it is particularly useful against those strong enemies that have 4-8 life).
And then there are those red gems that are needed to progress the game, as they will teleport Lamb in another room and produce a reminiscence about Lamb's past, and expect sadness and cruelty in these words. Yep, this is an unhappy story, but I guess it was predictable, in any case despite the presence of bits of informations, and some abstract sentences, there is no problem in understanding what happened, even if some parts look like to be incomplete or obscure (including the confusing ending, but uhm ok!). After that part you are sent again to the beginning of the game to find a collect another red gem and so on until the ending.

The game uses original graphics, in the usual style used by Caarrinblue in the other games, and I like it, it's simple but unique and has character, because enforces the sense of surrealism with the presence of weird creatures and strange locations (that sometimes makes little sense). Pity that some of these locations have no real use and for this reason the game seems incomplete, maybe it's due to the deadline, but ok, nevermind! Oh and the music selection of this game is quite good, I liked it very much. 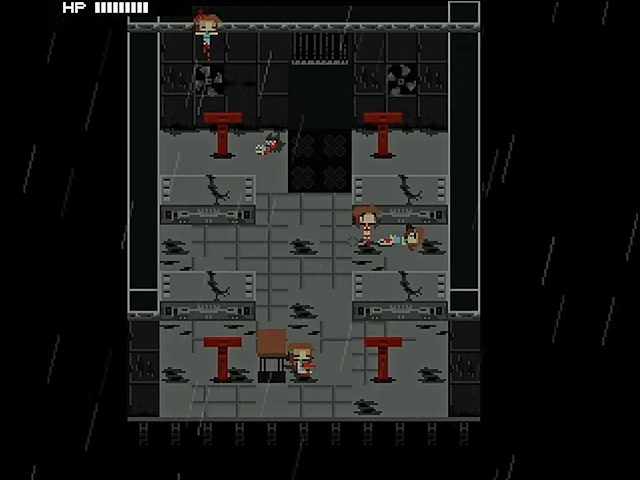 Final Verdict
I'm Scared of Girls is a great little surreal game, I admit I liked Ghost Suburb II much more (I prefer the classical rpg combat, here the real time fighting is a bit of a mess, really... especially later when tough enemies appear it will become a nightmare!).
A good game developed from a clever concept and with lots of style, despite some flaws (the combat system and ending, still it was an event game so I can overlook some limits), with interesting story, nice cute graphics and good music.