Ghost Run is one of those games that should’ve never been released on the internet. I’ve never used Construct 2 before but reading the comments and the description it seems like this is one of the tutorials but with a few rules changed, making this probably the laziest game I’ve played so far. This makes reviewing this very hard task, what could I possibly say about it? 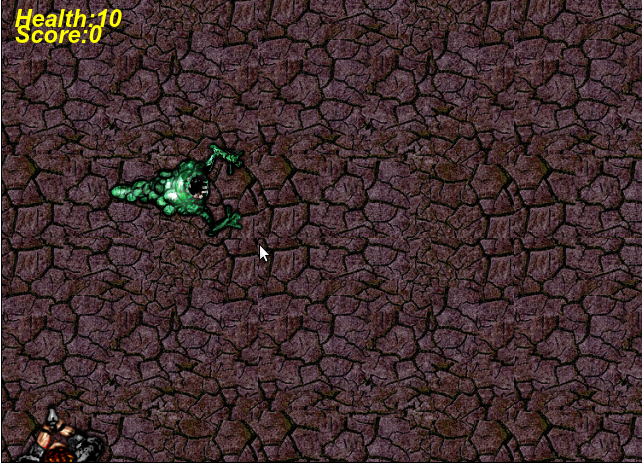 I usually talk about the gameplay in this section but… there’s not much to talk about. You spawn on the left upper corner of the map, and your objective is to “eat” the humans that periodically appear. Two problems quickly arise, first, the HUD doesn’t move with you making it pretty pointless as enemies spawn on the bottom of the map. It shows your health and points but in the end, it doesn’t really matter, because the second problem completely breaks the game. You see, I’m not sure how the dev programmed the enemy spawner, but it seems like every time you eat one, two more will spawn, eat those two, and four will spawn next. If you keep doing this, the number of enemies on the screen gets ridiculously high. Stick to the bottom of the screen and keep eating enemies as soon as they spawn and watch how the screen gets flooded with enemies. Is actually amazing how my pc was still running fine even with so many sprites on the screen. As soon as you multiply the enemies though, you will also die pretty quickly due to everyone shooting you at the same time. 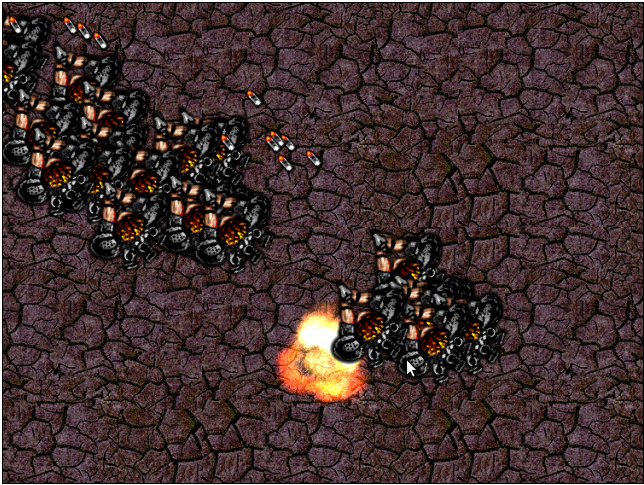 And… that’s it. There’s nothing else to add. Even if the bug of spawning gets fixed the game is still too simple and boring to be worth anything. Thankfully, it doesn’t even last a full minute, you’ll play this once and never touch it again, it doesn’t even have a restart button anyway. The graphics are… kinda ugly and there’s no sound as far as I know. The biggest problem with the game is how… lazy and unfinished it feels, it doesn’t help that it is just the tutorial project with a single mechanic changed. I’m assuming that the original tutorial had you play as the human and you shoot the ghosts as they get closer. That actually sounds more fun than this, but then again, it all depends on the execution. A game where you play as the monster and you have to attack the “heroes” sounds like a fun premise when done right. This game, though… it sucks, just avoid it.