This is the 60th entry in this dumb development series. So yeah hurray.

Anyway, I've been working on the game recently after a long hiatus. And I've made a lot of small unnoticeable changes, of which a lot even I forgot what I did, and didn't care enough to document on my changelogs and whatever. But yeah.

Special thanks to Link_2112. The rotating Link of... Powah! I used a lot of his feedback. Some things are still not "implemented", but I considered a lot of what he said, because I think people know when something feels uncomfortable for them. ;)
Also special thanks to a guy named Guinxu, from Spain, who recently streamed the game, not to the end but whatever, it motivated me to get back to work. So yeah. Appreciation.

Anyway #2. First thing I reworked a little. The intro screen. This is what appears the first time the game is opened. It shows some basic information, welcomes you to having fun with this piece of furniture, and some indication of "you can use your gamepad for playing too!".

I think it's way more informative now, way more eye-candy, and yeah. Less of a garbag thrown there. 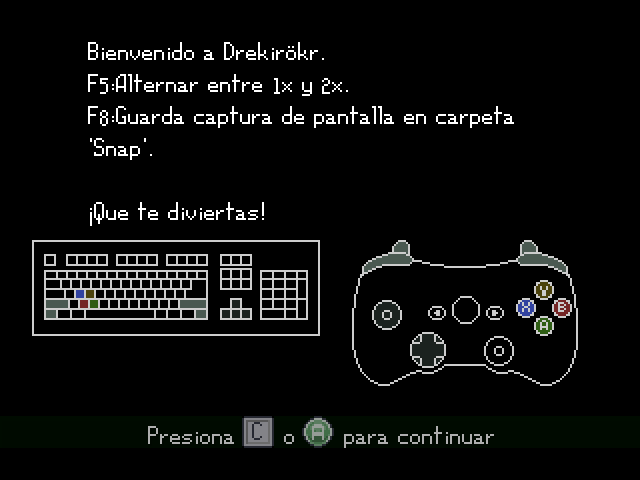 This is a little bit better than some simple text with 100% unuseful keys I threw there because I had nowhere else to put them.


Another part I reworked is the character movement. Decided to finally implement diagonal graphics, because some people never realize you can move diagonally. And I tried using it on my level design. So better make it more evident. Hopefully it is!

And this is how she turns weeeeeeee.


Also the training cave got a little facelift. Basically, there is a specific part where I added some extra "explanation". The idea is that the character itself explains it to you indirectly, by showing what she is thinking/planning to do.

Also I worked on this recently. Not done but it's better now.


And another video because yes.


AND FINALLY! Today's, yesterday and maybe a day before work. This is how battle is looking now. Things added: A bar below showing you have something called "limit", the wait command has some arrows that might say you can switch between other commands there (?), also a help window explaining what each command is for... and that's it. I fixed some other bugs but yeah. 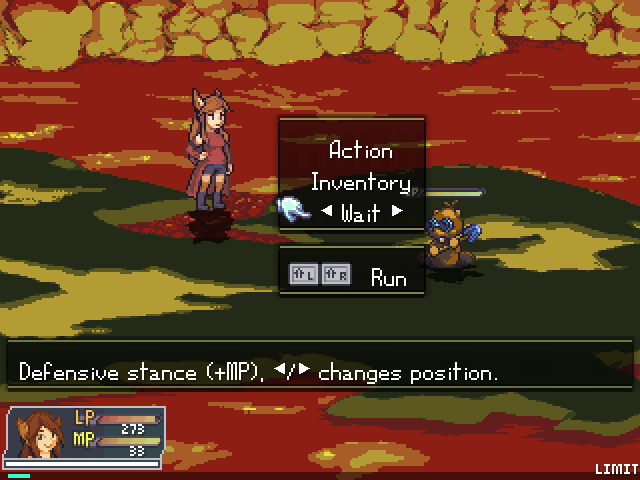 Probably that explanation is not clear enough but... at least it's just changing a string of text.

And that's it so how good was DREKIROKR actually? I don't know. No competitive use nor information in Smogon. But you can say I'm working on it (?). Sounds as if I felt under pressure or something. See you soon everyone! Thanks for reading if you did. Or looking at screenies and videos anyway.

Close
08/09/2019 06:13 AM
I can't believe there are no comments on this yet! Progress looks really good. I can't wait to see other cars and collision detection in that racing game. Also, I totally read everything -- after I looked at the videos first.
orochii

AND GOOD YOU READ. I'm doing a test tomorrow, you better stay prepared! Anyone not passing, oof, gotta use the boot. :)