11 reviews
In a kingdom covered in snow, in a kingdom where the snow never melts and never goes away, there lives a prince who keeps watch over his kingdom and resolves to maintain peace. When the prince learns that his family’s history isn’t as spotless as he had been told, he endeavors to fix what his family had done wrong and to ensure the continual peace of his kingdom. This will lead the prince to battling the phantoms that prowl the lands, to saving a princess, and to realizing the secrets of his family and his kingdom.

The entire game takes place in Sabine Kingdom and the island that it rests on. The island is constantly shrouded in snow, but for some reason, no one ever feels cold. Plants continue to grow despite the snow, so there is no danger of a food shortage. There has never been a need to question this, so the residents of Sabine Kingdom are blissfully unaware.

Though of course, our prince--Snowe--is not blissfully unaware any longer. A dream leads him to combing through his parents' library and learning that something is amiss. What is our prince to do except try and fix what he had found? He can't just sit back and pretend like he hadn't read about a girl being locked in a tall tower where she may one day die from flames that threaten to burn her. No, he can't do that at all.

Please visit the Wordpress for more information! Before asking me for help with a puzzle or boss help, please read the guides! A lot of potential questions are answered already. If you find a question that is not answered, feel free to get in contact with me and I'll do my best to answer.

AnnaLacrow (https://twitter.com/vampirella6543) contacted me here to do a Russian translation for the game! As we know that is a huge undertaking, but it's finished and now available for download on the itch.io page!

Now your Russian friends can enjoy it too! Hurray!
It's a title screen!

Oh look, it's a town. And snow. Lots and lots of snow.

You're about to get your ass kicked.

I'd laugh at you too. author=AlexHeartnet
When the plot event happens in town why is it that the snowman don't have any new lines of dialogue? Surely they saw what happened, right?

author=Ronove
I'm not going back to adjust anything in the game(...)

If you ever change your mind - or maybe for your next game - One very small thing would make it a thousand times better, then it already is:

An autosave directly before the bossfights start.

I loved the intense fights but hated to rush through all the dialogues over and over again.... (It's also a shame to do this, cause they are greatly written.)
:3

Close
08/23/2016 03:55 PM
@Lucy_Fox: See, this is why I am all about the skip cutscene functions, since YEAH climactic boss fights lose their edge when you have to go through the pre-fight convo fifty bazillion times.

Although autosaving might be easier to implement? Eeeehhhh I haven't opened the editor in literal months, so idk. But now I want to experiment <__<
Ronove 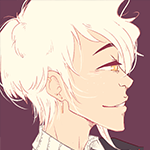 Close
08/23/2016 04:02 PM
Yeah I know now about having auto saves. Past me didn't realize how much that was a nice thing. That happens. It's an OLD game now. I have no desire to go back and add something that may or may not break the game (never really know with VX). The one time I tried to get a save right before the boss and after the long cutscene, the game events broke and I never tried again. It's too much of a hassle especially now.

So once again: The game is done.
AlexHeartnet

Close
09/16/2016 09:40 AM
Half way into the game and I am still confused about how combos work. Apparently it is some thing about using status effects to line up combos somehow like a more opaque version of the battle system from Halcyon 6. (congradlations for doing it first by over four years!) I think the game tried to explain it at some point early on in the castle, but that was before any actual combat so I kinda just nodded my head thinking that I could figure it out on my own later. Now I have no clue exactly what causes the oh-so-painful free attack I occasionally receive and rarely use
2013
0

Close
09/16/2016 04:50 PM
@Alex, it's just a weakness thing. Take Snowe. His element is fire (you can tell because of his magic); his weakness is water. Whenever he is hit with water, he gets stunned and the enemy gets a free attack. You can exploit this on most enemies as well gaining your own free attack. It's nothing extravagant. I don't even know wtf Halcyon 6 is because I took it from Persona 3. The game did explain it and it's not my fault you did not pay attention to it.

@2013, check the summary. I made a web-novel sequel. Also I'm concerned with "the image in the Picture folder". How are you seeing into the picture folder?
iLikeRPGmakerGames
50

A little downside were some battles where you basically had to constantly debuff enemies in order to stay alive(thinking of Snowe's parents here for example). It made the battles quite hard, which is good, but having to heal every turn and then keep track of 2 debuffs and 1 group buff constantly wasn't that great, given that the status symbols were not that visible and intuitive, especially on enemies, along with status-change messages generally disappearing before one was able to read them made these fights not that enjoyable.

But let me say again that I overall really enjoyed the game :)
mieckan
0

Close
06/04/2020 08:33 PM
Good job on clearing the game. There's already a sequel in the form of the web novel, Ephermeral Prince. It's best to see both endings before reading the sequel though.
Ronove

author=Loir
Thank you for the beautiful game. I really enjoyed it, but I didn't understand the end. Will there be a sequal?

As Bugfragged so eloquently put, there is a sequel. https://ephemeralprince.wordpress.com/ That's the web address for it. It's pretty long and not as polished as I'd like, but it's done and out there.

It is strongly encouraged to get BOTH endings before reading. (If you did the dream boss, you got the good ending; if not, well, you got the bad ending.)
Ronove

For like two years now I think we've had it?
Ronove

man 2 years and I missed it, haha. That's what I get for not checking up on misaos I guess.
amerk

Neither am I. Restarted and played Star Stealing Prince all the way through again this year. Still an amazing game!
Ronove

Neither am I. Restarted and played Star Stealing Prince all the way through again this year. Still an amazing game!