A new version of Everlong with several quality of life updates and bug fixes is now available for download.

The DynBattleChoices plugin crash has been eliminated. A huge thanks to AubreyTheBard for tracking down the cause and updating the plugin.

The main additions are a scan skill scroll (Libra) found in Eridwell's Refuge; a Bestiary that can be accessed from a bookshelf aboard the Inceptum ship in the top floor cabin, or the cockpit room of the Aetherius airship, revealing data for encountered enemies; and battle message pop-ups that telegraph certain enemy attacks, allowing players to anticipate and prepare.

Mini-game difficulty has also been adjusted to be easier.

This patch took far longer than expected for several reasons. The battle messages required significant, tedious work. Each monster and every battle it appears in had to be tailored individually. Only certain attacks are telegraphed to prevent message spam.

The scan skill and bestiary functionality was also difficult to implement and necessitated compromising planned features. Certain DynRPG functions are temperamental, such as text drawing. Most frustrating, attempting to query a monster's current attribute resistance during battle is totally unreliable. I achieved different results using test play, saved files, and fresh game starts. Therefore, enemy data displays only default database attribute resistance and does not reflect any changes caused by skills. Adjustments to enemy HP, AP, STR, DEF, MAG, SPD, item drops, EXP, and money are updated correctly. I squeezed as much data as possible into the display, which is rudimentary but functional.

Hopefully these quality of life updates will improve player experience, addressing concerns about frustrating surprise attacks and and allowing more strategic use of attribute and condition weaknesses since probing to discover these is no longer necessary. 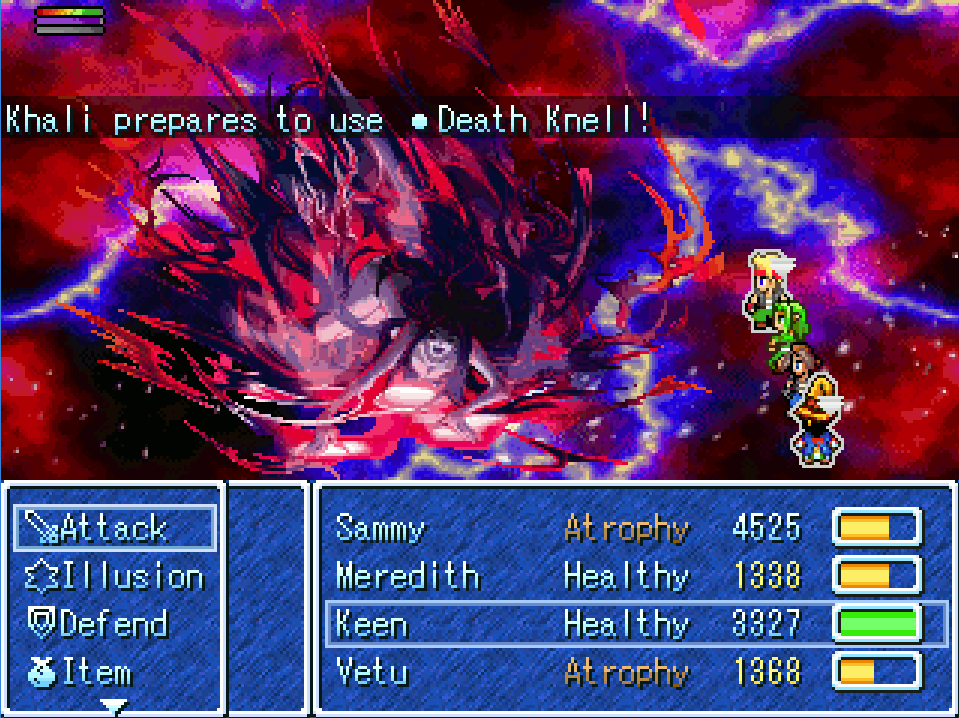 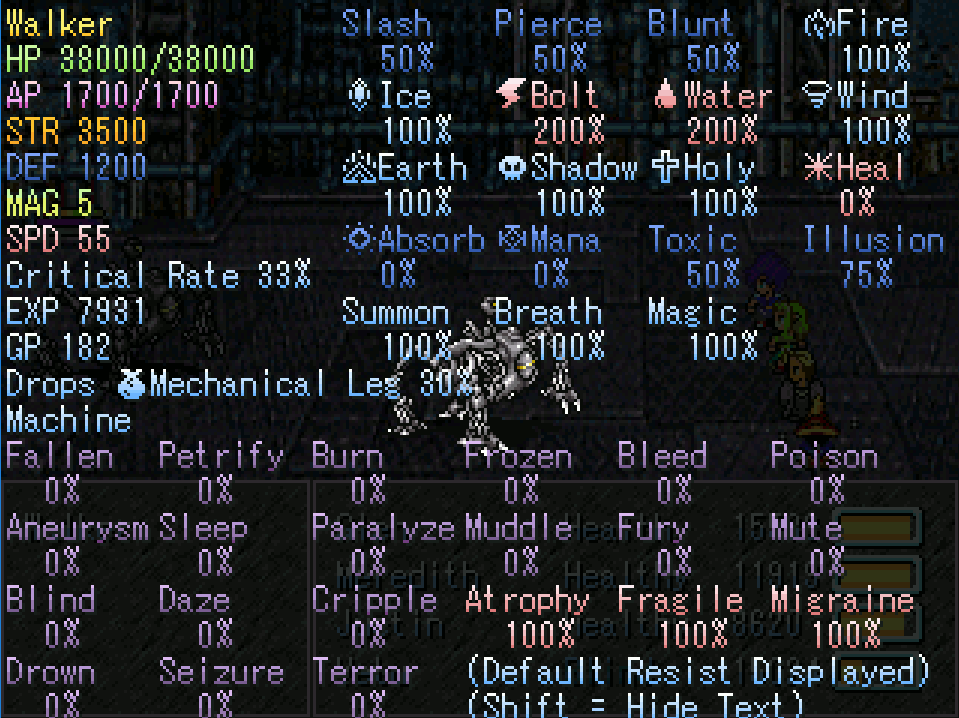 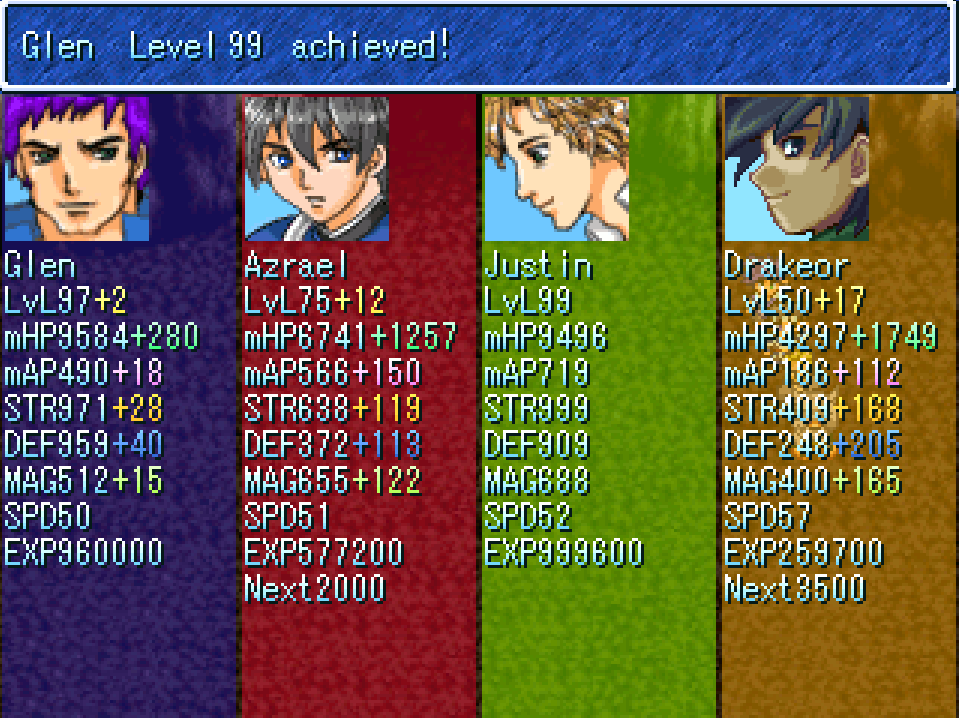 Thanks to all the players who suggested these features and helped track down bugs. Full patch notes follow.

Close
03/07/2019 07:55 AM
Your work is still nothing short of amazing. I've played and enjoyed version 3.27 a few years ago, and I'm looking forward to revisiting Everlong sometime in the future for a probably significantly different second playthrough.
DJC
695

author=KyleLascar
Your work is still nothing short of amazing. I've played and enjoyed version 3.27 a few years ago, and I'm looking forward to revisiting Everlong sometime in the future for a probably significantly different second playthrough.

Thanks! Hopefully I didn't break anything with this update. I'm never totally confident in the new DynRPG plugins I've written without extensive testing. If the last version you played was 3.27, you're going to have a very different experience indeed!
Pages: 1