With the covid-19 pandemic resulting in a significant amount of working from home on my part, I've had time to invest in game bug fixes, quality of life improvements, and tinkering. Here's a link to the new patch.

No full package update as I'm still not confident I didn't break something with this or preceding patches. There were lots of weird DynRPG plugin issues and database corruption I had to deal with. There also hasn't been any testing feedback, so maybe there aren't any current players to enjoy these improvements, but considering there were some game breaking bugs present, I felt the need to release a patch. I'm often playing with proof of concept DynRPG plugins, but I'm not sure if there's interest in official releases in the future.

Here's some visuals of the main quality of life improvements: menu and battle gauges, a hunt info bar, and equip/shop item compare info. 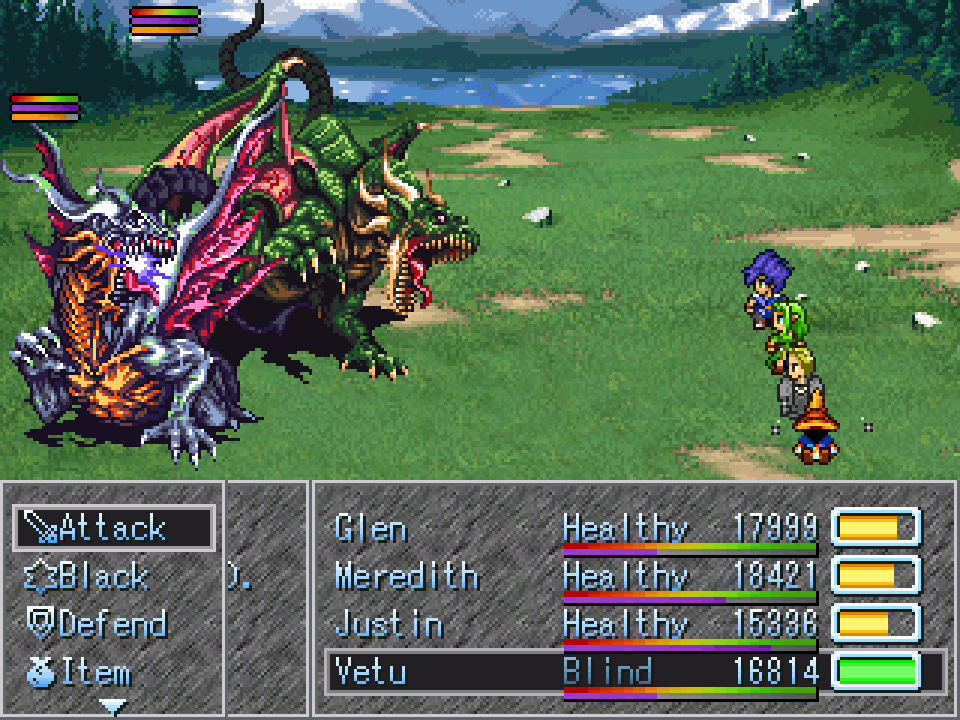 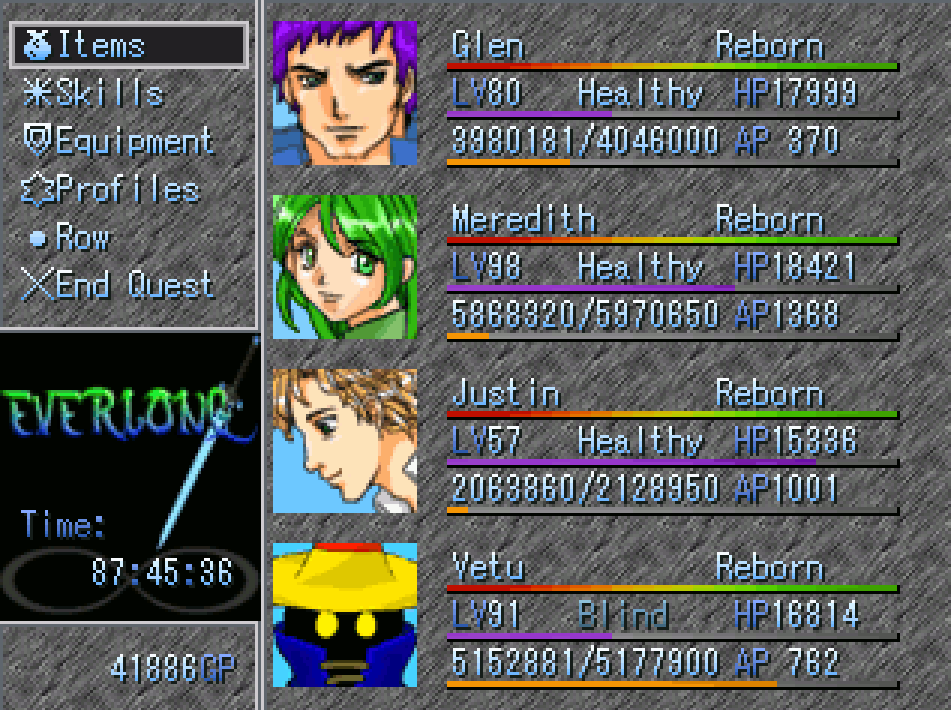 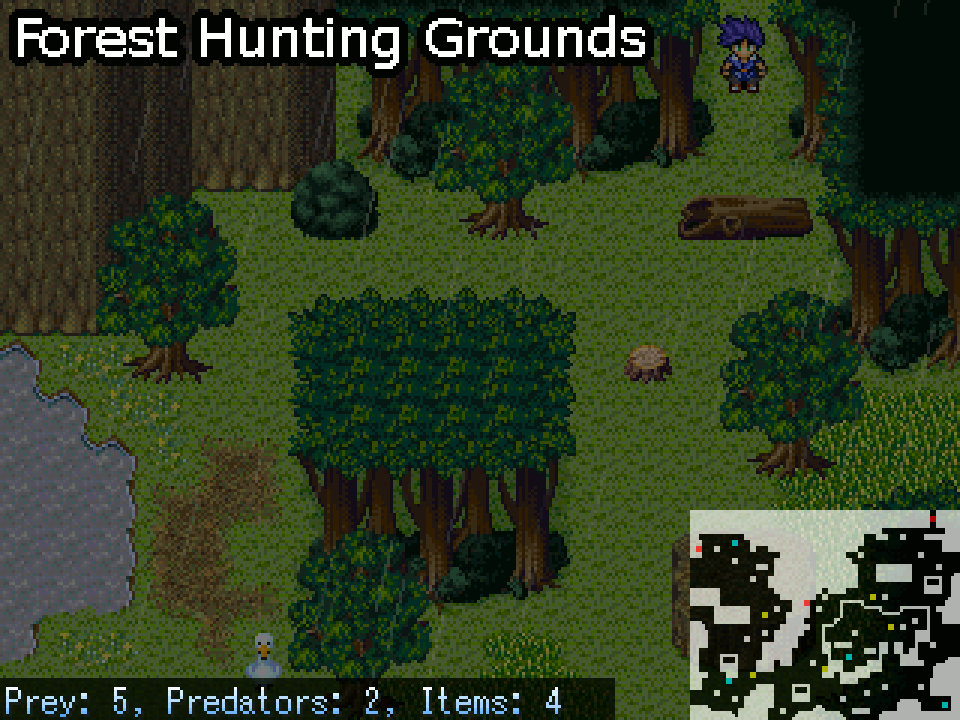 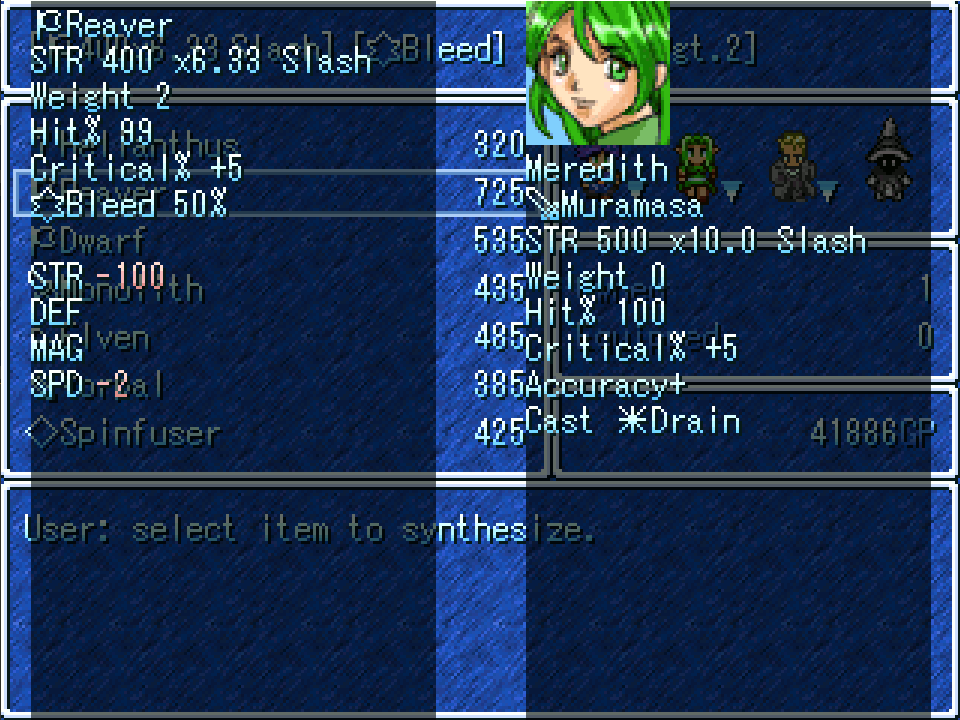 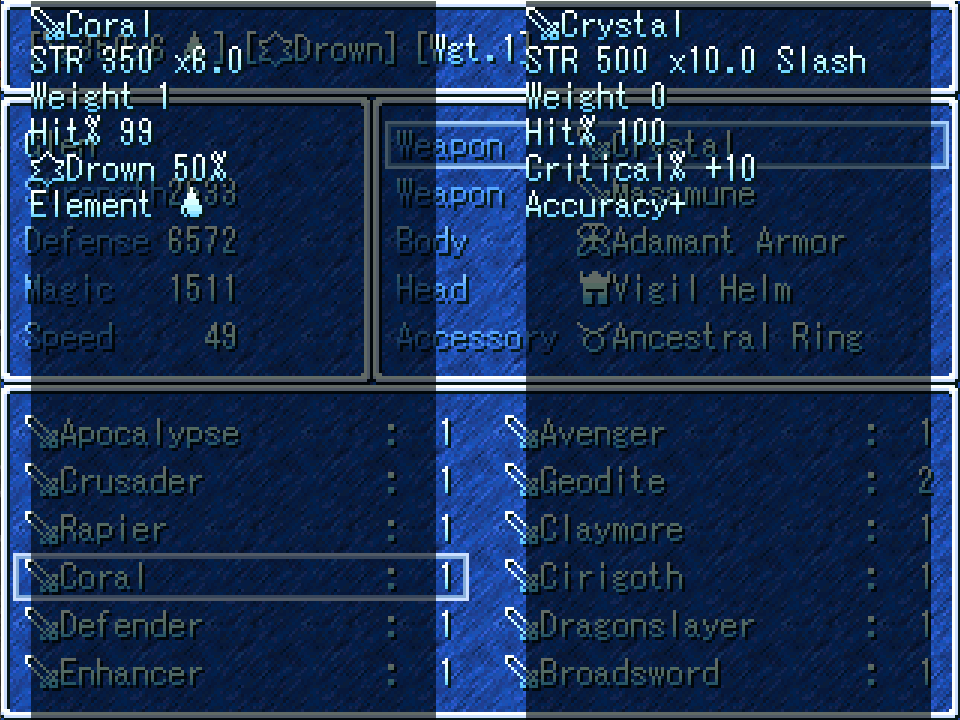