The epicness is too great! 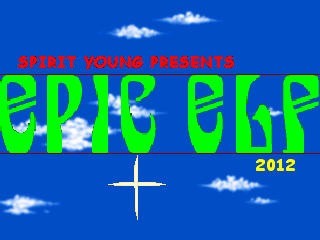 Epic Elf by spirit_young lives up to its name. It's a comedic tale about a dark elf named Dagree who travels to a large island known as Vitality Island in search of the legendary treasure everyone's been hunting after. Oh, did I mention his partner in this is a small green slime that just happens to be all he took with him? (Seriously, he's lv1, got no cash..nothing but a slime! xD)

Anyway, from all that I've played, I have to say this flat out that this game was one of the most difficult I've ever played. (It starts off actually pretty easy, but wow do the monsters skyrocket later on in terms of strength.) Really, if you're looking for a challenge then this game is definitely for you! 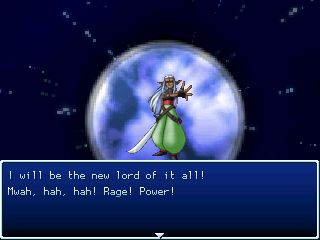 The story is pretty basic AT FIRST, as you're just strolling around the island as the cool dark elf that you are looking for treasure, but it takes on a more serious, and twisted plot later on involving the Royal Family, and demons and craziness! So, I have to give it a 4.5/5 mainly because of all the hilarious dialogue, and through a part of the game where you troll around in an epic suit of demon armor! (However, there were certain parts that felt..well maybe a lil' "too much" or else I'd have given it a perfect 5.)

The characters are all rtp which isn't a bad thing of course, as since this is quite the comedic tale, they fit their roles quite well in rtp suits. So, this gets an average 3/5 for being average~ :)

The gameplay, now THIS is what needs some serious work. As I said up above, yeah this game is pretty damn difficult! Your characters, even at higher levels such as 35+ don't hardly get anymore than 3-400 hp and you have regular enemies dishing out nearly half that in one blow, and most of 'em have all party attacks.. There are many healing items of course, but they don't exactly save your life, rather they only postpone the inevitable. Boss fights are even more crazy, though some regular enemies especially the ones found in the Front Gate can trample over your entire party very quickly. I have to give this a 2/5 as the epic is not in the elf but in the monsters he fights! Oh, and btw DO NOT get me started on the hp most of these things have.. (Lol, though some fights I did in fact enjoy, and were pretty balanced.)

The mapping I found to be very good. Most areas matched what they were designed for, and also I found that lil' HI! you wrote in the Winter Cave spirit_young! xD There's really nothing bad I can say about the mapping, so this deserves a 5/5 as it was a cool, large island that I enjoyed roaming around on.

So, overall this is was a pretty cool experience, and I enjoyed it for the most part. Lol, my favorite part has got to be the whole time spent as a Red Knight. Dagree owned during that time. Oh, here's a fun lil' tip..lol father and son named Daploma, and Dagree. Okay, I'm done~ xD

I give this a 3.5/5, as it's something that kept me entertained for quite the number of hours, and I highly recommend everyone who hasn't tried it, give this a shot! ^o^

Here's several lil' fun facts that you should know: 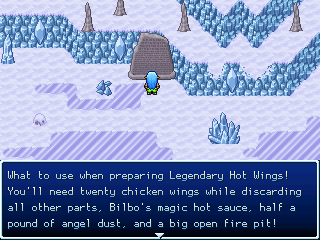 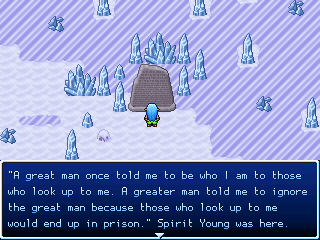 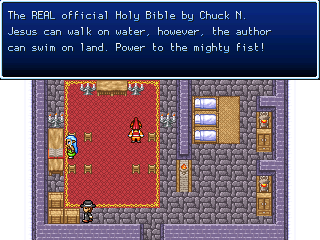 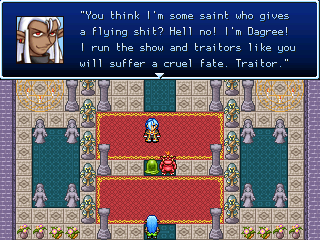 Haha, thanks~ It's a shame I didn't get to fully finish the game though as the fight with the Royal Family (which might be the final fight I'm not sure) is pretty insane. Lol, especially with a 3rd boss joining in out of nowhere! xD

Close
07/07/2012 04:24 AM
Good review! That's about the score I thought it deserved! I am toning down the challenge (a few did find it harder than I thought) so maybe people who haven't played it yet won't be pulling their hair out! Thanks again for taking your time to write something up! Oh, I'm gonna "borrow" the title screen pic you placed on top of the review page, cuz my computer for some reason can't take pictures of games. It needs an upgrade!
spirit_young