1 reviews
Save to Dropbox
Discuss Exile's Journey over on Discord!

Exile’s Journey is a dark fantasy RPG. The story centers around a former knight named Kniryk and his quest to stop a demon invasion that is occurring throughout the Kingdom of Nysoroth, where most of the game takes place.

The game focuses on the internal struggles of the main characters in addition to the aforementioned invasion and its impact on the Kingdom.

The main character of the game is Kniryk. An exile by choice, he's now presumed dead in Landoria, his homeland. He's a righteous man, always acting with a sense of honor. However, he is often torn when justice and law conflict. He wears the red cape of the Knights of Landoria as a testament to what they originally stood for before their corruption. He's joined in his quest by others who also question their purpose in the world.

This game is a love letter to RPG Maker and role-playing games as a whole. With Exile's Journey, I strived to make a game that feels wholly consistent and maintains a professional feel. I've been using RPG Maker since 2003.

Highly engrossing storyline - You'll be hooked playing as these characters, learning about their diverse backgrounds, and watching as they develop and solve their own personal conflicts.

Open ended gameplay - After an introductory section, you're allowed to complete the game's dungeons in any order you want!

15+ hours of gameplay - This game will be much longer and more epic than your average RPG Maker game!

Extremely detailed world - This game takes doesn't allow you to travel the whole world, only the large and extremely detailed Kingdom of Nysoroth. After playing and learning of the country's cultures and history you'll feel like a true Nysorothian!

Original music - Many of this music are original tracks, many of them composed by myself for the game!

Weapon upgrade system - Some weapons will almost never become obsolete thanks to this!

No random encounters - see enemies on the map before engaging them!

Treasure tracking - The game keeps track of all the treasure you've found in the main dungeons! Find all treasure chests to obtain a special reward!

The 2020 Misao winners have been announced! Exile's Journey wins two!

I'm sure many of you are well aware already, but for those who aren't, I'd like to announce with great pride that Exile's Journey has won two Misaos:

My game also secured many other nominations. I've been following the Misaos for a long time, and from a young age. I first became aware of these annual awards after the 2005 winners were announced, when games like The Way, Laxius Power 3, and Pokemon: The Evil Inside featured prominently. As such, it's an honor for me to finally have a game of my own nominated and awarded various Misaos.

I recommend that everyone take a look at the link below. There were so many great contenders this year. All of the games featured below, winners or not, definitely deserve a play.

Thank you to everyone for your continued support. It means a lot to me. I've been a bit quiet recently, but I am still working on my newest game, Memories From a Dream. Please subscribe if you haven't!
An abandoned cathedral. I had to be very creative with a town chipset to make this happen!

I realized that there are no battle screenshots, so here you go! This game uses the "traditional" Final Fantasy-style battle system, because I like being able to see the enemy names. You can see the enemy's HP/MP/ATB bar at all times.

Castle Arddlech - an abandoned castle atop a snowy mountain, once considered impenetrable. I strived to create a relatively realistic castle, epic in scope.

Close
02/28/2012 01:38 AM
I've eye balled this like 5 times since you put it up, looks very promising. However I see you only have 1 sub, so I figured I'd stop by, log in and sub for ya. I hope this project doesn't get ditched, cause it sounds like just the type of story I've been looking for lately.

Good luck too you, I hope to be seeing this again in the future.

Close
02/28/2012 02:08 AM
Thanks! I seriously doubt this will ever be left unfinished. All day long I daydream about this project - the characters, the environments, the mythology. I'm already a couple hours in, as well.
DragoonHP

Close
05/26/2012 02:06 AM
For me, side-quests are more fun if they are long, challenging and not-repetitive. But they shouldn't affect the main story-line directly.
And you can have some area unaccessible without doing a side-quest or have them only accessible when doing a particular side-quest.

It will be fun if every side-quest has it's own storyline.

Close
11/18/2015 05:35 AM
Just wanted to let you guys know that this game is still in progress. This is a very ambitious game so I can't say when it'll be done, but I assure you I'm nearing the end.
Gretgor

Also, my game is "buzzing" for (I think) the first time!

Close
12/31/2016 05:36 PM
I love weapon upgrade systems as long as weapons aren't permanently missable. These systems add depth to battles and resource management, and they distinguish your game.

By the way: Will your game feature an optional (automatic or press button) wait function with regard to the battle system?
dethmetal

author=Euphoniac
I love weapon upgrade systems as long as weapons aren't permanently missable. These systems add depth to battles and resource management, and they distinguish your game.

By the way: Will your game feature an optional (automatic or press button) wait function with regard to the battle system?

The way it is now, it's possible to get many weapons early by finding them hidden in dungeons, but almost every weapon is eventually available in shops with the exception of a few that are rewards for completing side quests.

To answer your second question, yes it will!
theloathableone

Close
12/31/2016 08:21 PM
Just saw this in the screenshot forum. There is much love put into these maps. I'm loving the atmosphere, and I love sandbox RPGs. Subbed.
Decky

keep it up!
Blind

Close
02/01/2017 08:52 PM
This game has really come a long way stylistically. Nice to see you've gradually moved away from some of the generic Suikoden-tile maps into a colorful style that's all your own. Looking forward to the release!
dethmetal

Close
02/01/2017 10:35 PM
I actually used the Suikoden tilesets early on because I thought they would be the most attention-grabbing in screenshot threads and whatnot (this seemed true of many games of the time). I was wrong!

Thanks for the support!
Irog 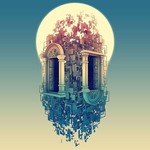 Close
02/06/2017 07:32 PM
It always brings joy to me when I see that RM2K3 is still being used, and that there is still a community to enjoy it. It brings me back to the golden years of GamingWorld.

Your game looks beautiful - keep up the good work! I'd love to play it when you release it.
suzy_cheesedreams