Hello everyone and Happy Thanksgiving! Its a special day, so I thought I'd share some new content and a series of brief videos that go in better depth than the one released earlier in the Media Section.

The solution to this was to make all of the music and sound effects external in folders. What does this mean for the engine and the players? It means that the engine has shrunk down significantly; maximizing its optimization. For the players, it means you can edit both sound effects and music! And does that mean the game can support MP3s now? Well, take a look at this and it'll answer your question...


Next, there has been an update in the amount of platforms and gimmicks. There was one in the 30 minute video of the Media section, but this one is extended a bit by adding both a balance platform and piano keys. Can you guess the secret song played on the piano?


In the previous video, there was an item test, but there was so much going on that you couldn't depict what was what, so here is a better in-depth video of the items.


I always wanted to add this, but I found a way to make a custom day/night engine that is simply a special effect in certain areas. Here is the sample on Moonlight Castle.

Over the course of development there have been some very difficult decisions on what kind of stage map to add. Should it be Mario Styled with simple blue and red buttons, or should it be a complete "walk everywhere" map. I chose the latter. 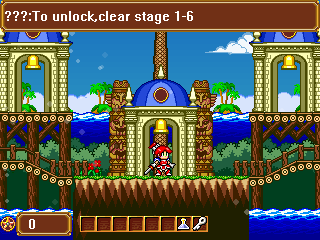