Real time fights and combos await you in... Boutalles!

UPDATE!!! They told me that the download link here is outdated!
To download the game go here! https://latenightstudio.itch.io/boutalles

Hello and welcome to the review of... drum roll: Boutalles!
Boutalles is another short fantasy game, made as a 2 week contest entry, and it starts in a rather unconventional way: with the heroes facing a demonlord a final boss battle!

But no, this was not the story of Boutalles as you will learn after the prologue, this is the adventure of three mercenaries, in particular of the young Blanc, that is ready to leave the Guild for her very first mission! Soon she will be joined by two other slightly more experienced mercenaries, Junket and Ashure, assembling the three adventurers squad that will take an important mission: bring back a black blob as requested by the royal chancellor to find a cure for the king. 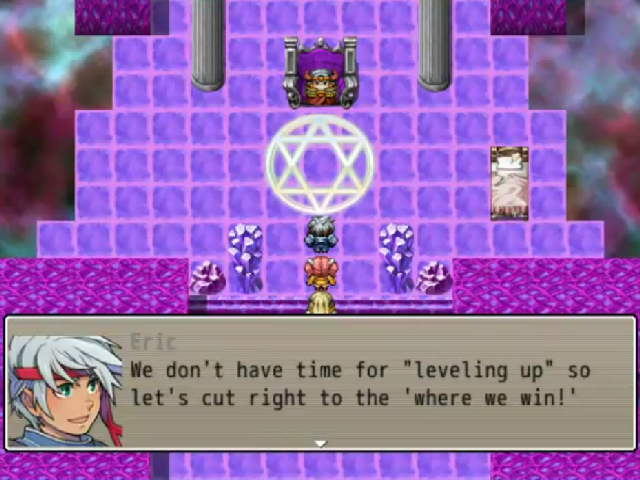 No, this is NOT the ending but the beginning of the game, trust me!

Make no mistake, this is a short but lighthearted funny adventures with three likeable and well characterized protagonists. They also look pretty unique and original due to the excellent artworks by Krisanna: characters have various portraits with different expressions and there are also some full images of them visible in the menus regarding the inventory and character management.
The rest of the art is not on the same level, even if it matches the style: there's a large use of RTPs, and mapping is ok, even if this means rather plain looking. Dungeons are also linear, but I did not mind since there are no dissonances of style.

Speaking about the gameplay, the game as a very interesting and peculiar combat system: rather than the usual ATB system, combat is in real time 1 monster vs 1 character controlled by the player that may switch character to exploit the team tactics in a different way compared to the other games. The characters can in fact select (or "equip") various classes to unlock different skills (like buffs and debuffs), so there is a lot of strategy involved, and it's suggested for a newbie player to experiment carefully because enemies are rather strong from the beginning, and even if you start with a generous stash of consumables, this isn't exactly an easy game! 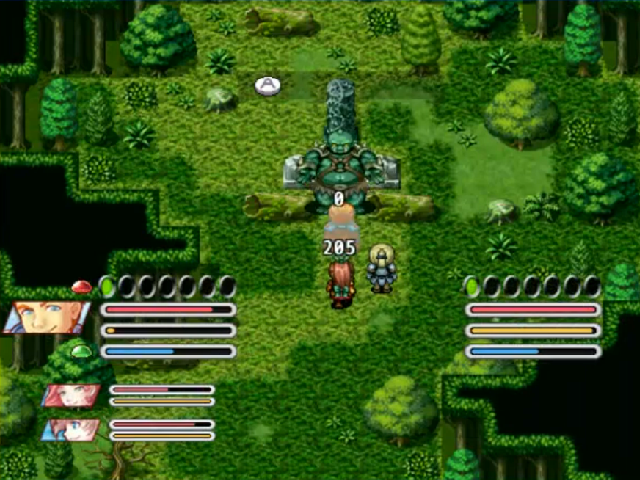 As mentioned before combat is in real time (I wasn't joking!), and to win not only it's necessary to use the character's skill, but also to perform some combos (button mashing will take you nowhere, you are warned!), and it's a good thing that you can assign attacks to the different keys, since it's an important part of the game (and while original it was also somewhat clunky). And the tutorials of these unique features of the game are unvaluables, so check them!

Then there is the Synthesis System. This is a deep and complex system used to take enchantments from one item and put them on another (combining two items to make a stronger one). The materials needed to do that are found in the dungeons and they have randomly generated, so you can spend lots of time hunting for items... if you like grinding, that is! It's also not explained much and at this point it will be necessary to experiment a bit since it's explained really briefly after the series of tutorials (didn't I wrote that it is deep and complex?). 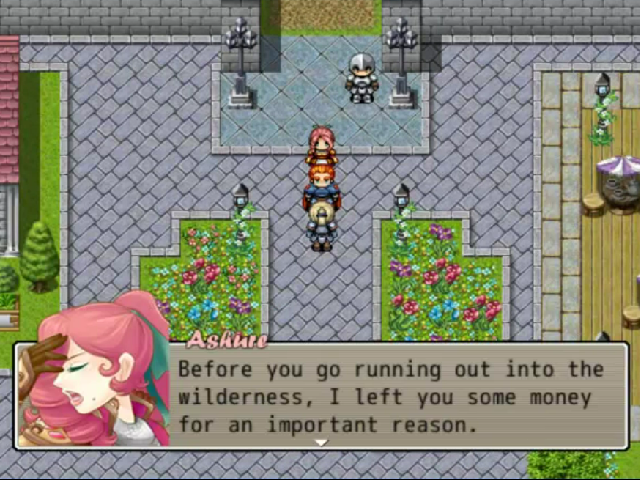 Oh THANK YOU, thank you SO much!!!

Final Verdict
Buotalles is a short adventure made in a very short time with many cool ideas that probably deserved a longer adventure game. It's not exactly an easy game to pick up, anyway it's one with some original features that were never found in other games, some excellent custom art and a simple but entertaining story. I liked the adventure and the characters of this game very much, because from an apparent banal concept I found many original ideaa being developed!

Good one, challenging but quite good!