Bad game sprinkled with a little of potential 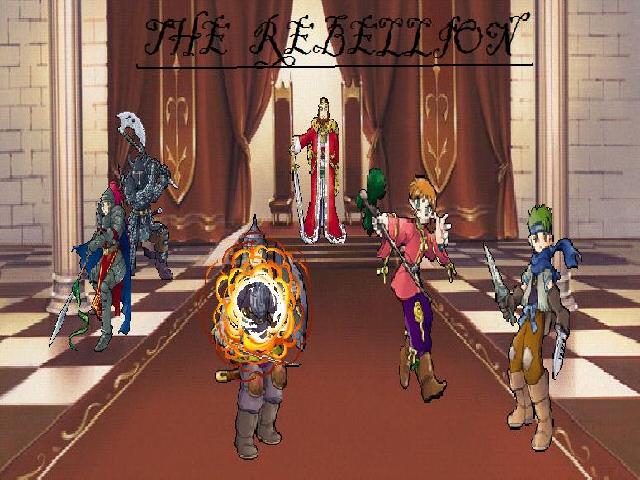 Sometimes I wonder... Why am I doing this? Reviewing something so short and pointless. I spend more time and energy writing about it than what I spent playing it. This is the case of The Rebellion, the abandoned demo of a game that promised a little more, but ultimately fell short. 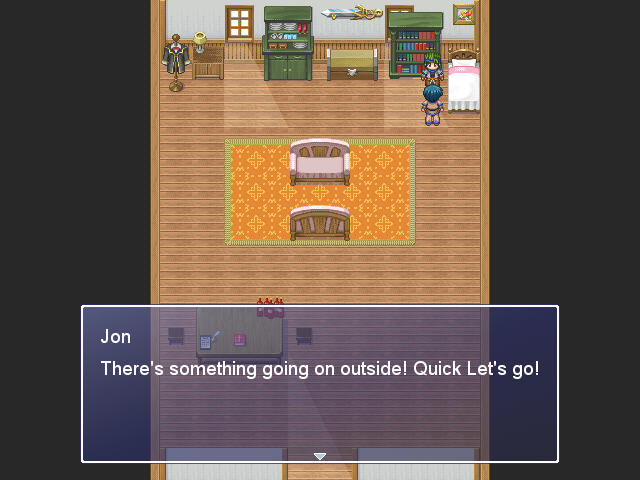 The story is about a guy named Alex. He wakes up in a rainy day with his friend Jon telling him to follow him outside, because "something is going on". What's it? Well, nothing, apparently, as you get outside and everything looks alright, there's even a kid playing in the middle of the rain. But the other townsfolk keep telling you that "Something is happening". This could fit very well to set a horror vibe, but nope, is the dev failing at conveying information to the player. Eventually, you reach a small house with a guy on the front asking you "Hey, you are here for the secret meeting?" Well, it ain't a secret anymore buddy. Next, he says "Do you want to join the rebellion?" I'm just starting the game and I have no idea of what is going on in this town, but the game is called "The Rebellion" so I guess there's no choice but to accept. 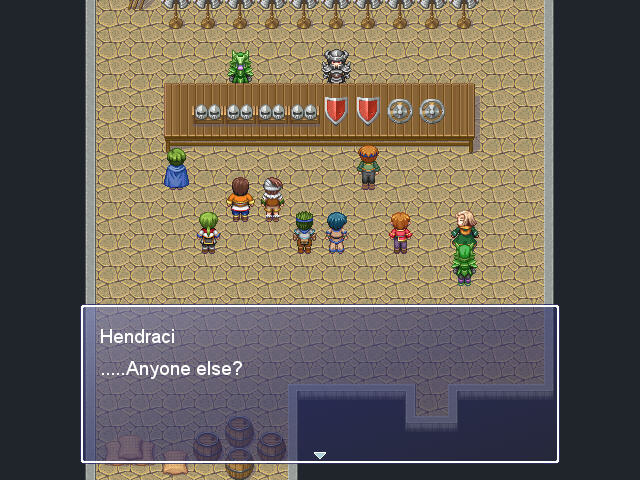 Things get a little weirder once the meeting starts. Some guy is talking about opposing the King, because "He joined the war that was not accepted by all, so therefore he must be stopped." After this, one guy in the audience thinks that this is too crazy and wants to leave the rebels, but before he can run away he gets murdered by one of our own "allies", and nobody bats an eye. Okay, how am I supposed to trust these guys? After that, we get outside and the king's guards are already waiting for us. A few short battles later, the leader of the rebels kills a high-class soldier, and it is revealed that he was actually his brother. Woo. 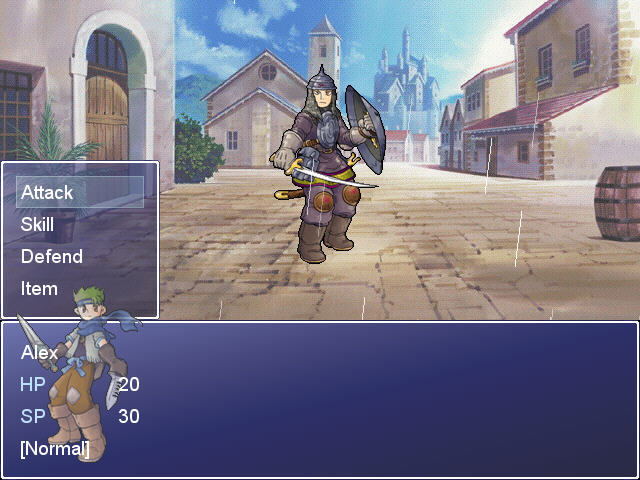 After a little bit more of dialogue, we can finally get out of this town and explore the rest of the world!... Oh wait, the demo ends right here, after only 5 minutes of gameplay. This game is a complete waste of time, maybe if the developer added more content to the game it would be fine, but the game has been abandoned almost 10 years ago. Maybe I sound a little too harsh, but that's probably because I've been playing a lot of bad games lately. But it doesn't matter anyway, this doesn't have any redeeming values.