0 reviews
Save to Dropbox
Almost two years have passed since Squall and his comrades defeated the witch Ultimecia and brought peace to the world.

A peace that was short-lived.

Dollet, sensing Galbadia's weakness after the tyrannical rule of the possessed Sorceress Edea and the many conflicts with SeeD, rallied the resistance factions and remaining Timber military to their cause and set out on a crusade to reverse what the Sorceress War nearly two decades ago did.
Barely six months after Ultimecia was defeated, the world was at war again.

Balamb Garden and SeeD, originally intending to remain neutral in the matter, the route Esthar took, were called upon by the the Timber resistance factions after SeeD's contract with the Forest Owls was leaked. Unable to back out of the all-encompassing "until Timber's independence", Squall and his comrades were washed into the escalating conflict with Galbadia. Galbadia Garden, barely re-established, allied itself with Galbadia unconditionally, pitting SeeD against SeeD, the casualties beginning to rise massively.

And under the surface, a new threat is beginning to rise, a threat that will not only put many lives in danger, but change the world forever.

The team of SLH promises to deliver the highest of quality in sprite ass detail.

Scenario implementation for Part 1: about 50%
Databasing for Part 1: about 50-60%
Graphics pre-prep: npc templates for males done, working on diagonal run frames for playable characters. tiles split and sort (mostly) done, I found some additional tiles in my folders. it took me a while to finish, but it has effectively halved the time it takes me to make maps, going from 3-4 hours with a good chunk being scrolling assets to 45mins-1.5 hrs.

Now given the amount of maps IN Part 1, its still going to take a while, and every Balamb map I'm expecting to be 3-4hrs or more due to custom asset requirements, but it means I can quickly pick through an interior and get it ticked off my lists. I only have two hands unfortunately, and can't be in two places at once, so its more or less a matter of slowly chipping away.

I have Irvine's front on concept done, I need to do his side and back view and the recurring playable cast for the part is also done.

If you know of anyone working in Uematsu's style who's familiar with VIII, hit me up. I'm looking for a composer. Work will not be consistent and that consistency will also be based on the rates being asked. I'm happy to pay my artists but I'm also a solo dev. I have notes detailing the tracks required for Part 1 done, as well as a few required for part 2, but this isn't the only soundtrack I need going forward and it is the lower priority (fangame blah blah blah).

Note I'm not looking for a co-dev when it comes to the composer. If I need a co-dev I will ask for one, but in this case I'm just looking for music.

Was taking a break from sprite formatting so I whipped this up. Anatomy is probably screwy. Anyway, Squall all geared up!

* Pressing X during the title screen splash screens opened the main menu.
* Minor bit of lag after selecting any command in battle.
* The spell name in the battle log isn't centered when casting Meltdown.
* What appeared to be a "back attack" had an extra sprite of the battle members for a second at the start of the battle.
* The battle party member was also facing the right for the entire battle, and still acted first (not sure if this was an actual back attack or just a sprite glitch).
* The description in the party member's status screen cuts off on the first line by a letter or two.
* Animations were very fluid (increased the speed eh?) but the sprite animations seemed much slower (Galbadia soldiers death poses, etc.).

The spell names were done that way for the demo and are made with spaces; in the final version they'll be centered automatically instead, since this way is unintiutive and can result in too much discrepancy between skill help.

All pre-emptive and back attack glitches have been fixed now since I mentioned it to Mako straight after I got the first error report.

Status screen isn't final (nor is item or equip)

Yeah, some of the sprite animations need a bit of adjusting speed-wise, it's a lot of fiddly details we didn't end up having time for. I had an assignment due as well, and getting it to this point was a grind and a half!

Glad you enjoyed it though! Getting this out has really motivated me for more of the game, hehe.
monkeynohito 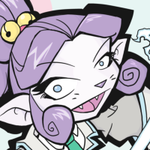 Close
05/09/2013 01:53 AM
Lol, I wasn't expecting to be at such a high level at the start, it was kind of a shock. I kinda worry what directions characters could grow from that level, but you prolly have something in mind to step up the challenge or dial them down a few notches.

Squall was powerful, but not totally Mary Sued out. His skills made sense and he lacked the type of skills that would have made it too much of a cakewalk. Beating the boss would have been really tough without the defense skill. It was still a bit of a grind through the soldiers though, I'd suggest tossing a tougher elite Galbadian or two into the troops with a few tricks up their sleeves.
Puddor

Close
05/09/2013 02:05 AM
Yep, my main intention here was to show the basic set-up of the entire game just scaled back to a few skills. The skillset you have here is massively exploitable; using abilities like Rush against the Galbadian Soldiers makes things very easy, Meteor is especially useful against the three-man groups, and Demi can knock off over half of X-ATM174's HP in a few turns. Despite this it's still pretty easy to die; I've had a few people say they've been wiped out because they weren't paying attention to Squall's HP.

That said, yeah, I'll probably throw a bit more variety into the battles in this area later on; it acts as a taste of the full-game before pulling you back to general RPG beginnings (the scene at the end is serious enough injury-wise it knocks Squall back a few (83) levels).

The way this is a bit...skeleton-y to what I want to do with it now having tested it out and knowing this format works. So we'll see how everything pans out in the end!
Rield

Close
07/26/2013 10:15 PM
This game looks very promising I havn't played it yet but I do own final fantasy 8 the original ps1 version :) I never could beat the last boss on it though because of the life force it sucks away to much and etc
Gaia_Guardian
0

I'm seriously wowed by your talent in making this game, it looks so good and I seriously cannot wait to play it!!

There's a Twitch streamer that I showed this too and he would love to play and stream it when it gets released too. (With your permission of course!) His first Final Fantasy was also VIII so he wants to play this even more.

Keep up the great work!
Puddor

I'd be happy to see anybody play this game (I have no qualms with this being played live, not like I could stop anybody who wanted to!) and I'm glad this piqued both your interest.
angelzee1 Will we get a Vanille skin for Rinoa too? ;P
Puddor Although, on the plus side, I wouldn’t mind seeing some alternate costumes for some of the characters. Maybe not as strange as having Squall dress up in a Lightning costume (why would you even…), but perhaps having Squall dress up wearing his old attire from the original FF8, his SeeD uniform that he wears during the gradation scene, and maybe one of him shirtless (like his alternate costume in Dissidia) would be a nice touch. I dunno – be creative! :D
Puddor


The shirtless one is a great idea though hohohohohoh.
Puddor

Close
11/10/2013 03:07 PM
its insane how good this is and if you are/were a fan of ff8 you will love it even more
for me personally the only thing i disliked was the magic stock/boost system other then that it was a amazing game
Addit