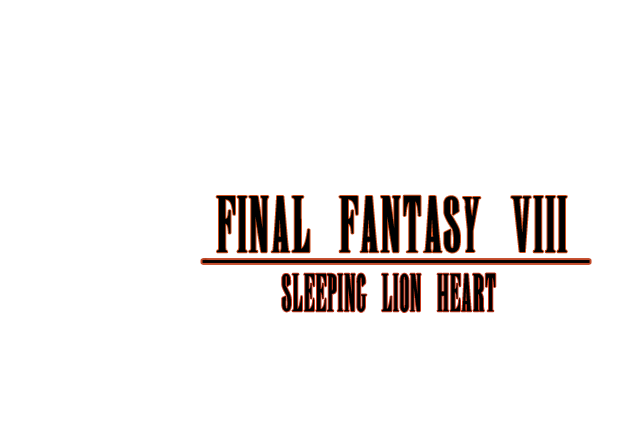 Ignoring her original iteration and redesign for LOTSL for the most part, I'm going to discuss how I came to Selphie's final design for Sleeping Lion Heart.

Selphie is actually a character I really like, and her original design is fairly simple, so there wasn't much I could really build upon besides developer notes. Even there, Selphie's original draft was simply overalls instead.

My first idea was to build off of her dress, and try to alter it very little while adding newer design elements.

I played around with the flare of the dress, at first, seeing how Selphie would appear with wider skirt. It's an interesting design, but not one that really works for Selphie. It feels a little too loose and more casual than she is, has nothing of her intensity as a person and a fighter.

However, I ended up playing with it a bit, which lead to a few atrocities...

Similar design, but with the overalls and dress worn in an attempted combo. It doesn't work design wise, especially with the bows; even without them, it doesn't feel 'tight' enough, and though I leave it at this stage for a while,
I'm not satisified, which eventually leads to my next few drafts. This was a complete redesign and it didn't work, either. It was inspired by Lady from Devil May Cry, and the aesthetic just didn't work at all. It was also semi-derived from a cowboy like idea, which although fun to play with it wasn't really working.

I dropped redesigning for a bit and let it mull, and eventually I came across an interesting paradigm.

Anyone who is familiar with Final Fantasy and then proceeds to READ the Hellsing series (it is less obvious in the OVAs or anime) will notice there's a bit of FF influence woven into some of the character archetypes. I don't really need to go into it with most characters since it's fairly in your face, so to put it shortly; elements of Seras Victoria reminded me a great deal of Selphie.

There are a lot of differences, but there are a few things; they're both characters you don't expect to be seen in their positions (cop and mercenary) and both have a fondness for heavy weaponry, although only one actually uses one. for now

So, combining that with a new set of design goals and inspirations; 1930's Europe, militia and Balamb school designs, I set to work. This was the first iteration. I kind of liked it, but I was pointed out in critique that there are a few too many layers going on, confusing the eye. I agree with that statement, so I reworked it a bit, eliminating the lower part of the jacket at first, and then eventually bring the bottom layer of the outfit back to her original design; the plain yellow dress. I did make a few basic changes from here to the completed, promotional concept piece; the belt got changed to black, and the pouch was removed from the sketch and is now on the back part of her belt instead. And that's it! Selphie's design, finalized and ready for spriting in Sleeping Lion Heart. Questions and queries are welcome if you want to know anymore about my design process; I'll probably post one of these with Rinoa's, along with Squall's at a much later date. I hope you've enjoyed this little bit of an insight into my approach to the character art of Sleeping Lion Heart.

Close
05/06/2013 07:58 AM
Interesting to see the work which hides behind the final art.
Like the final version, slightly different than FF8's Selphie but there's no doubt possible it's our favourite representative of the Garden Festival Committee.

warning minor FF8 spoilers
The cowgirl version was interesting too but cowboy is already Irvine's style and
despite their "near romance" i'm glad to see she retained her own personnality. Will those two relation progress in SLH ?
Puddor

I do want to play with all the character's character development between each other, but we'll see what I have time for and what I don't.
shayoko