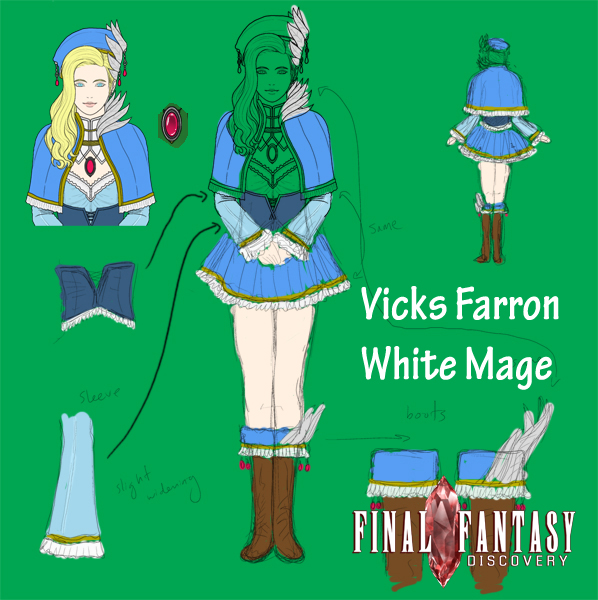 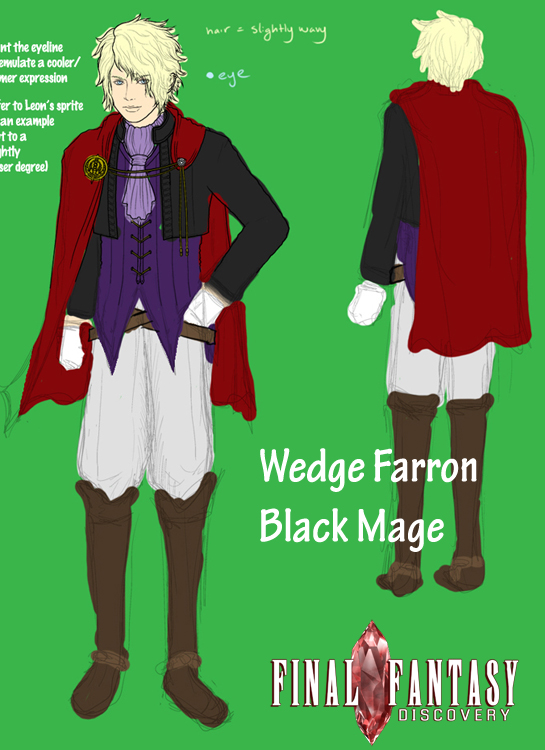 Close
02/16/2015 03:43 PM
I know this will sound weird but Vicks looks kinda like Alisha from Tales of Zestiria in her DLC episode outfit (link). Well, they're both different, but somewhat similar at the same time. And why is she having so many feathers on her left side? Personally, I don't really like the redesign for Vicks.

Wedge on the other hand is very handsome. (Is this the person I liked their artwork which you showed some time ago?) He kinda looks like a stylish Count Dracula (minus pointy teeth) or something. ;P
janussenpre
愛・おぼえていますか
1274

Wedge is the last guy on the large portrait collage I posted a few months ago. I changed his hair back to pale blonde to reinforce his sibling connection to Vicks. I also went with a refined look to emphasize his cultured lothario persona. The half cape has been present since his 1st draft. Wedge is interesting in that he doesn't carry a weapon (like the other characters). His weapon is the Mysidian Crest that he wears on his chest which amplifies his magic power (kind of like Snow Villier's Emblems). His color scheme was designed to directly oppose that of his sister.
Amaterasu

I feel you, bro. ;_; But well, her original concept art was strongly based on Leonora from FFIV:TAY so I think this is the main reason she got this redesign.
Pages: 1