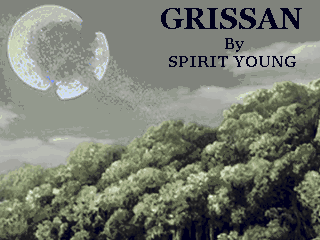 Grissan is a short, yet fun little adventure that sends you back in the days of old. Old as in wild west fused with Castlevania!

You take on the role of Grissan, a true cowboy that accepts the quest of a roaming spirit as he pretty much just wants to kill stuff with his big guns by his side.

If you are, and ever were a fan of choose your own adventure games such as Dragon's Lair, then this will definitely be worth checking out! 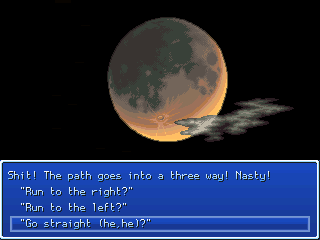 Okay, now onto the actual game..the story itself is sort of..no actually I'm not going to lie, it's VERY wierd! Lol, you start off as an everyday cowboy in the middle of nowhere who encounters a ghost telling him to defeat the diety in a far off castle~ Along the way, he encounters several odd characters such as a farmer who gives you a big ass mini gun, and tells him to slay his demonic cow! (This isn't the cow..) 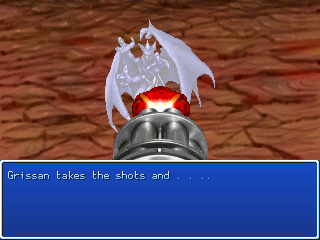 There's also Nicholas Cage who's the main antagonist, and a little girl you meet in the demonic castle who wishes not to be raped. Though there is plenty of insanity, which spirit_young is pretty good at producing, the plot is coocoo for cocoa puffs, and deserves a 2/5.

There's nothing to be said about mapping as the only stuff you'll be seeing is panoramas, so it doesn't needed a score.

The characters themselves didn't seem like they had much of a personality other than Grissan who likes two things: The epic guns he carries around, and coughing out foul language more than he sniffs cocaine which just happens to be the healing item~ So, yeah..have to give it a 1.5/5 as only the main character was fully explored.

One thing I REALLY found interesting is that there is a bestiary that catalogs every monster you defeat in battle. Sure, this is a feature found in many a game, but I've not seen one in rm2000 before~ 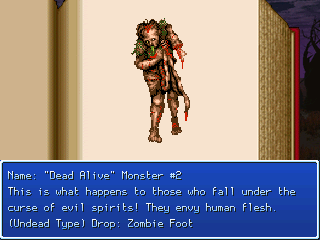 The battles in this were fairly balanced, and not too difficult seeing as you only get one character throughout the game. Leveling doesn't exactly do anything, however there are shops that provide weapons, armor, and items for you to purchase and upgrade Grissan. There are also certain points in the story that provide you with steroids boosting both Grissans hp, and amount of bullets he can fire. So, I feel like this deserves a 4/5. 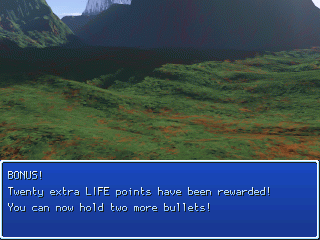 So, overall this was a mediocre ride of fun and cursing in a demonized wild west setting, and despite its several flaws was pretty enjoyable. I have to give this a 2/5 as this could of course, be greatly expanded upon, though it's not a bad game as is.

To wrap everything up, I give you the ending of a true cowboy: 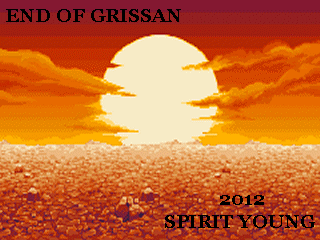