3 reviews
X-Noir is the story of Eddie Humphrey, once an up-and-coming City Councilor but now an alcoholic has-been making a living as a private investigator. The game is a unique combination of logic-based investigations, action RPG gameplay, black humor and science-fiction. Hardly a typical film noir hero, Eddie is beset by severe anxiety, depression and low self-esteem as he balances his work with visits to the therapist and the concerns of his circle of friends. When a mysterious drug called "Chemical X" begins to play a recurring role in his investigations, Eddie realizes he is being drawn back into the twisty world of city politics whether he likes it or not. Along the way, he may also unravel the biggest mystery of all - himself.

The cast of X-Noir. Note: the top two sprites are of the same person.

Close
08/10/2012 03:42 PM
This one looks awesome, I have always been a fan of noir films, and their dark, gloomy atmospheric feel. Apparently, you've nailed it pretty well, I might add! The game looks amazing. *subscribe*
sabin1981 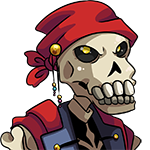 Close
01/21/2013 03:58 PM
He's referring to Powerpuff Girls. I totally forgot that was what that stuff was called.
Clareain_Christopher

Close
03/10/2013 05:09 PM
Thought to share this interesting video with you guys. It might help when designing the battles and what not.


Because my comment on Eddie being a suicidal superman holds a bit more weight than before.
Stoic

Close
03/10/2013 10:30 PM
Good video. Unlike LA Noire though where I'm pretty sure they tacked combat on later we did plan having combat in X-Noir from the start. The creator of the video referenced Chinatown and LA Confidential which have great shootouts even if they are few. It would be a waste of resources though to create a combat system like we did for X-Noir and only use it a few times. I don't think it's good to look at combat so literal in games or else it does seem silly.

Maybe combat wasn't appropriate for X-Noir but I think I'd rather have it in than not. Before we had a very moody intro to X-Noir that featured almost no combat. Players complained that the game was "boring" and lost interest before they even got to the first fight. Hence the new intro where Eddie is shooting up a hotel full of mobsters. I know it seems a little ridiculous that Eddie would pick up a gun and be able to take out these cold-blooded killers but in that case suspension of disbelief was necessary to improve the overall experience.

I'm not sure if it's a good or bad thing that this is what we expect. Our next project will have no combat which I'm actually excited about. It's always seemed to be a point of contention with our games and it will be nice not to have to focus so much energy on it.
Clareain_Christopher

author=Bandito
I can't for the life of me figure out how to pass the room with the pipes. Help please...

Try walking along the pipes and seeing where there's a break in the pipes that cuts off the connection. If you still can't figure it out here are screens of the solutions:

Close
04/02/2013 07:53 PM
I consider Master of the Wind the finest episodic RPG Maker game ever made. That you guys have made something else fills my heart with geekish glee and I am downloading and playing this immediately.
Stoic

author=Trihan
I consider Master of the Wind the finest episodic RPG Maker game ever made. That you guys have made something else fills my heart with geekish glee and I am downloading and playing this immediately.

Thanks for the high compliment Trihan. Hope you like X-Noir. It's a much different experience from MotW.
Bandito

Close
10/19/2013 09:47 PM
Just wanted to say congratulations on your kick-starter! (Albeit being fashionably late) X-Noir looks interesting,btw. I can especially relate to the main character. (Been diagnosed with bipolar disorder myself)
Stoic 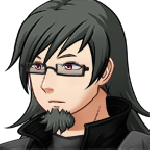 Close
04/28/2014 08:54 PM
I like it so far. It actually inspired me to start making a crime solving game also. The game had only two game breaking errors, that I could see though. First, the song "Hotel Noir" is missing. (I quickly placed a song in there with the same title to keep going in the game.) Second, in the dream sequence where the character is falling, it seems to glitch. I'm not sure if there is a "fadein" missing or if it just completely freezes. Other than those two things I saw nothing wrong. Great game so far :)
Mizushimi
60

author=Mizushimi
does it have any battle scenes? i wish not :/

It has a custom action battle system where you fight enemies on the map. But those scenes are isolated so you should still be able to enjoy the story and puzzles if you don't like the combat.
Pages: first 1234 next last