5 reviews
Save to Dropbox
Note: I DID NOT MAKE THIS. It is a translated project from German.
Like Desert Nightmare, this was originally created by Kelven. I've had permission from him to translate.

Schuld (Guilty) is a surreal, psychological horror created by Kelven. The game was a submission for a Ten Words Contest. All text is fully translated, except for the title of the game itself. All the graphics of the game are also custom.

Schuld is about a man who finds himself in a dying world, without knowing how he got there and why he is there. The game itself is very linear and the puzzles are not especially complex. If a walkthrough is necessary, there is one (in German) included in the game folder. However, it clearly spoils the entire plot, so be warned.

The game is relatively short (as it was probably made under contest time constraints) and clocks in at about 1-2 hours, probably less. The game is not quite as incredibly polished as Desert Nightmare and is much more of a psychological horror. I've attempted to make sure none of the screenshots have any spoilers.

IF YOU NEED HELP GETTING THIS GAME TO WORK, PLEASE REFER TO THIS

Once again, a side project of mine, simply a translation in my spare time has picked up in popularity again. I didn't really expect this to happen either...

Anyway, popular YouTube LPer Cry/ChaoticMonki has decided to play Schuld. You can see that here:

There seems to be countless numbers of LPs for this, it kind of scares me actually.

Anyway, the good feedback on all this is inspiring. I'm a pretty busy university student these days, but I've got a few translations on the back burner that I'd like to work on when I have the time.
In the waiting room. Close
01/03/2013 03:48 PM
I finished the game. Game is interesting and atmoshperic most the time. Nice puzzles but ending is quite simplified in my opinion anyway it's good game (!)
Trujin
210

However, I found one translation bug you might want to be made aware of:

For anyone interested, it should be something in the lines of: The door doesn't move at all/for one bit.

Would be nice if you would translate it to: The door is rusted shut. The verb rühren reminds me of that =p. I have actually done a play through of this game and it was so much fun!

If you want a taste of what its like before you play or just want to tell me how bad I am let me know cause I'd love to see you in my comment section!

Close
03/25/2013 02:01 PM
Ummm I think there is a glitch @ the very beginnging of the game. Where you need to excape those hooded dudes by pressing those switches, but afterwards, ever after the switches are pressed, they are still there @ the end of the screen, & even if I try to pass them I die. It looks like a really good game & I would like to play it but I can't get past this glitch. Help please!
AznChipmunk

Thanks for the translation! I only found a single text that wasn't translated. I believe it appears when you try to go back through the door you came from in the part of the game Aroon refers to as "Hell".
HumongousLuke
0

And actually i am a german doing this english version on english :D
neaswish
0

Close
05/07/2013 08:48 PM
Hey, you should definitely translate "Unterwegs in Düsterburg", it's such an awesome game! Not so horror...ish but I couldn't stop playing it!
xx
pLasterbrain 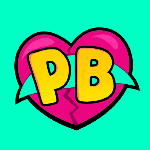 Close
07/26/2014 07:50 PM
So I finished watching Cry's playthrough of it after getting a bit tired of playing it myself. And I have to say, it was pretty decent. I enjoyed the ending, but I have to say (spoilers for those who haven't seen, played, or watched):

Show
I was disappointed at how abrupt the ending was. That judge got off easy, and it makes me a bit sad the developer didn't go the extra mile to give the judge what he deserved. It would have been very poetic to see the judge caught up in the same nightmare he used to torture so many others with.
.

Had the ending been less rushed, I think this would have been so much better.
FarahCapossevac

well, since this game is suppose to be a German game, that would means...

This is the first German game i've played before! ( Even tough this is the translated version, but still. )

Anyway, the soundtracks are fairly okay- they're not too incredible nor too boring- they're just OK.