1 reviews
Save to Dropbox
Yoshi’s Archipelago is the result of a community effort to collaborate and somehow make a solid Mario game. It's the sixth entry of the long-running Super RMN Bros. series, and the bar was raised higher than ever before. Months of testing and revising have paid off; it stands as one of the best!

This game uses its own version of Super Mario Bros. X (SMBX). It runs in v.1.3.0.1 and replaces several default assets. Once you download and extract it, open the program, click ‘Start Game’, and you’re ready to play!

The Plot
The Mario Bros. are on vacation with Peach in Yoshi's Archipelago, a group of exotic islands far from the Mushroom Kingdom. Of course, wherever they go, trouble soon follows. Bowser and his minions crash the party and kidnap the princess! The mission is clear, but something seems off about Bowser…whatever it is, there's work to do! Mario and Luigi hop to it with the help of Peach's bodyguard, Agent Toad!

So Many Islands
Yoshi’s Archipelago boasts a wide range of locales. From the lush plains of Green Grass Island to the frozen wastes of Slip Drip, all manner of alliterative areas await you! With 90 stages spread across 10 different islands, there's just tons to see!

Yoshis Everywhere!
As one may expect, the archipelago is home to many types of Yoshi. In fact, each island has its own local color! On top of a strong showing of everyone’s favorite dinosaur, this game is designed with Yoshi in mind. Levels are ride-friendly, and you'll never be forced to ditch your dino pal. You may have to dismount to climb a vine secret or two, but Yoshi will wait patiently for your return. Even bosses can be fought on green-horseback! Ride your rainbow of steeds to victory!

Flower Mode
Like its namesake, each stage contains five flowers (but almost no red coins, so don't worry). Gather all five and a star will appear at the end of the level. Stars can unlock bonus items, extra stages, and entire new islands! Although midpoints can’t save flowers, you can activate Flower Mode to gain additional power-ups for the hunt. There are 100 stars and more than 450 flowers, so there’s plenty to find and many rewards to be had! Even Lakitu’s shoe is an accessible prize!

Unlockable Characters
Only Mario and Luigi are available at first, but more characters can be unlocked as you progress. Peach may be kidnapped, but if you can save her from Bowser, she'll join you on the quest! Her hover ability and higher health give her an edge with flower gathering. With her help, you can discover all the archipelago’s secrets! Including other new allies...

Newbies and Veterans Welcome
This game offers something for all players. Newcomers will find the tutorial stage informative, while veterans will be happy they can skip it. Flowers and stars aren’t needed to complete the main quest, but there are challenges waiting for those who seek them. Each stage already contains what you need to find the flowers, but bonus items can make the search much easier. And for those who really want to go all-out, try the All Five All Five Challenge: get all five flowers as all five characters in every level. Some are much harder than others!

Two-Player Compatibility
If you have a local friend to play with, this game fully supports two-player mode. The only thing better than a grand adventure is having someone to share it with! Work together and conquer in co-op!

Exciting news, my friends! Well-known Mario Let's Player raocow has begun a playthrough of Yoshi's Archipelago! Here's a link to the playlist: https://www.youtube.com/playlist?list=PLQhrpbbm5TDLwCSbNRup0sJ5k4Itv4LiF

Something may be wrong with Bowser... 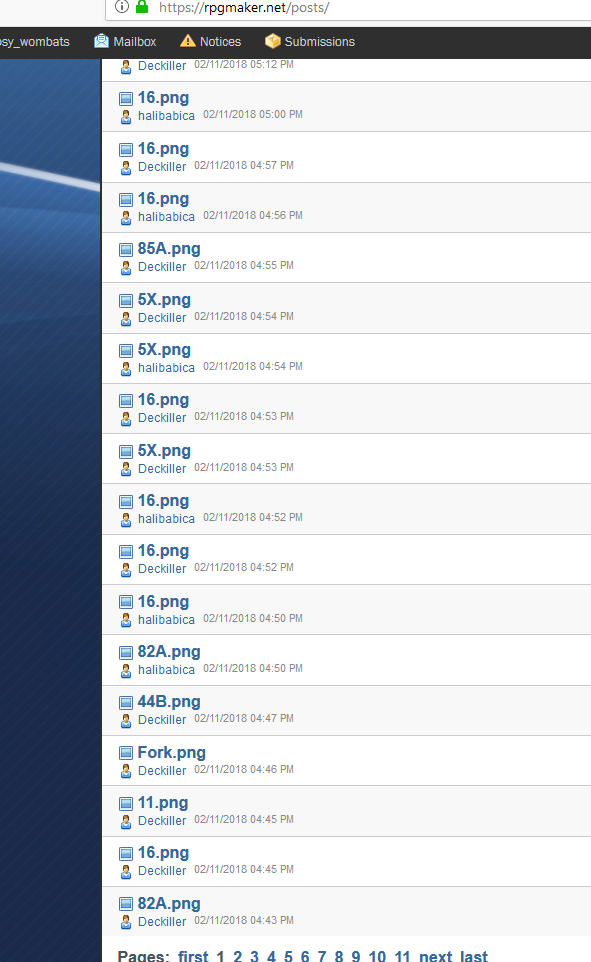 I would have more makerscore If I did things.
5644

Either way; HURRAY, time to play!

from kentona
Actually, it's...

from Dyluck
This looks awesome! I haven't played the first 5 games though, so I hope I can follow the story.


There's no over-arching story, not even if you count all the meta bs. This one stands alone, no problem!

Way to go, halibabica! I'm really curious as to the first players' reactions. Hope everyone enjoys this massive project.