2 reviews
Save to Dropbox
No installment required!

VERSION 2017! Fixed up the battles, for those who are interested!

UPDATE! I added the "Final Cut" version of the game in the download section. It's got a few new surprises for those who want just a little bit more. Keep in mind that there were some changes made and it's a little tougher. Things like . . .
1) You can now only save in certain areas! Oooo! Scary.
2) Skill Points don't recharge after combat, however Dagree can Block and charge up his SP that way.
3) Learning new skills has been re-done. You no longer use scrolls from the inventory.
4) A few new bosses and enemies now lurk the playing field!
5) More weapons, spells, and armor have been added! Why not?
6) Leveling up takes a little longer; but don't fret! You can beat it at Level 35.
7) And of course, more secrets. Alrighty! Enjoy! Let me know if any glitches occur! Thanks!

Dagree is back and ready for another chapter in his life! He was cursed by the "Red Evil" from his visit to Vitality Island. Though destroyed, Red Evil isn't gone! In fact, he sometimes appears before Dagree and offers to help him now. After living in a cave for a year, Dagree decides it's about time to finally get outside and land a job! And of course, a new evil haunts the land that must be punished! Oh, yeah! I used about 300 battle animations to keep the action fresh (a lot are seen out in the field)! Enjoy!

The Main Characters that you will control;

DAGREE; the dark elf returns and is currently looking for something to do with his time. He uses duel blades and can also master the power of black magic. Eventually, only he can reveal invisible secrets.

CALVIN; Dagree's old wizard buddy from Vitality Island joins up once again to prove something to the world. He attacks with magic rods and can cast those famous elemental spells that enemies hate! He can also learn how to warp and brighten up dark places.

WARGON; Dagree's new minion who has a variety of moves; course only a mysterious being can teach him the ways of the demon. Oh yeah! His weapon of choice? The ol' ax of death.

LEAF; a white elf who is on a mission to save those from evil. She uses spells that causes disaster towards her foes. And out of boredom, she figured out how to speak with the furry animals.

THE MAIN AREAS;
Basil Woods; The first area with good ol' fasion training!
Village of Angels; Later this becomes a village of death!
Marvin Plains; A large field that connects with most of the areas!
Valiant Town; A great town for secrets and trade.
Mt. McCormick; The first area that may challenge your battle skills.
Landfill Swamp; Zombie infested area that can be a little tricky.
Old War Castle; An old arena ruled by a nutty king.
Discord Desert; This is when things get real! Fights are harder.
Oasis Retreat; A small town with some of the best trades.
Artifice Tower; Tower of Illusion, make sure you're ready for this!
Lish Motherland; Pretty much the final level. You can do this!
Movin' Manor; This is where the final boss awaits you, and the ending.

FEATURING TUNES from;
Xenosaga, Castlevania, Devil May Cry, Kartia, Half Life, Need for Speed and Adventure Island (just to name a few!) I know, kinda strange variety, but it works for this nutty indie game!

For those who wanted something to learn about that Epic Elf 2 game I produced!
I made quite a few cuts to keep the game a little more professional. Some ideas I had didn't quite make it into the final project. Here's what I did;

1) I was gonna make an underwater graveyard level, an outer space level, and a dark realm stage. In the end, I scrapped the ideas. Didn't know where those levels would fit into the quest.

2) I got rid of the "Battle Help" ability (where it displays enemy hints). The game in my opinion was easy enough to figure out. I also cut out the "Flee Battle" ability and used the Fog Bombs you find to avoid enemies that are just in the way.

3) I got rid of all the battle scrolls (found in the first Epic Elf game). I limited the battle items to only healing scrolls. Keepin' it real! The Battle Cards don't exist either.

4) I was gonna have Hex (from the first Epic Elf) become one of the minions in the game. In the end, I figured the four main characters will be enough to get the job done.

5) The final boss was also gonna be a different foe altogether. But I'm happy with the one I ended up using. The 'Giant Squid' boss was also cut out.

6) I was gonna make more side quests to tie up some of the cliffhangers; but decided to hold off on 'em if I decide to make Epic Elf 3. So that's one of the reasons why the first Epic Elf was much longer. I'm not gonna make an Epic Elf 2 Epic Edition; maybe just an expansion that you can use your old save file with.

That's about all I can think of for now. Did anyone beat this game yet?!?!
Dagree's 'Self Gain' skill can really help in sticky situations. Mind the pubes.

When you reach this point in the game; you're pretty close to the end! Just to let ya know.

Heads are rollin' in this place!

I think this is the ten thousandth forest that was made in an RPG . . . or I could be wrong.

The second wanted guy is hiding where the Village of Angels used to be. Hope that helps!
reggird
7

Close
07/10/2014 04:13 AM
Ah glad you liked it. The trap chests can be opened when Dagree learns the chest ability (located in the entrance to the desert area near the trade trade hut). I was gonna make a hidden boss lurk in the arena doors but never did it :( so the doors are locked forever!
spirit_young

Close
10/03/2014 11:41 PM
Is there a possibility to answer correctly at maid's questions in manor? Or she will attack me anyway?
spirit_young

Close
11/20/2014 03:53 PM
Just completed the game.
Good work, can't wait to play the completed EE3, even if I fear an incestuos relationship between Degree and Daploma. LoL
spirit_young 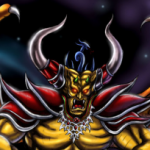 Close
04/09/2022 04:00 AM
And I thought Epic Elf 1 was hard, this was obscenely hard. I don't know how to 'normally' beat this game. It is THAT HARD, good sir. Though, when I played through it, I didn't really change anything.
I dunno why you got rid of the status screen. I fixed that in my own version with a: Profile, Character Build, and Status Effect subheadings (XN Resource Editor). I also got a "VX ACE" system graphic that was nice that I corrected too just to keep it less Final Fantasy-ish, because this is more Final Rape-N-Cy, forgive the lulz pun. XD No really, this game was too damn hard. I thought Sparky was a total how do you do it at level 34? HOW, no really. HOW??? Then, other bosses after that were clearly impossible, or not too bad, though I remember missing certain "spells" for Calvin - KillJoy and I think a couple others. You make an Epic OWCH. Like Epic wtf. Someone should do a Youtube clean-play of this game because it's a goddamn nightmare.
Pages: first prev 12345678910 last