Welcome to Slenderman's Army. A short horror created in less than a week for RMN's All Hallows Competition.

You are a Paranormal Investigator hired to solve the Mystery of Slanciata Manor. You arrive at the Manor to discover more than you bargained for. Your investigation gets halted as you battle for your life against the "Slender Man" an entity known to stick to shadows. Kidnapping lost travelers who dare to attempt to discover the truth about who and what he is.
However, he was slowly becoming overpowered by humans who successfully managed to escape his clutches with the full 8 Pages which detailed all his tricks, and how to defeat him. He realised he needed to build himself an army. He scoured the world finding the most terrifying and dangerous monsters and entities to assist him in his battle against the human race.

He began working with these entities to build a world in which people feared Slender Man once again...

Characters:
You:
You play as a Paranormal Investigator, attempting to discover the secrets of Slanciata Manor.

A New SlenderMan Experience: This game is unlike any other Slenderman Game experienced, due to the fact that it is 2D.
A Unique Game Every Time. Each time you play it will be a new experience, things will appear when you least expect them. SFX will shock and surprise you at different times. Enemies will spawn in a number of different random places.
Scares...Shocks...and Surprises You will be confused, scared and unsure on the next step when you are trying to escape Slenderman Army
Custom Soundtrack There is only 1 use of the RTP. The rest is fully customized, everything has been thought of. down to even the Cursor sounds.
Darkness....There is a HELL of alot of darkness!
A Secret Ending: Can you achieve the Secret Ending....If you can find the secret ending. PM Jonnie19 or Shaddowval a screenshot of the Game End screen and we'll send you an image link to a SECRET banner :)


Credits:
Full Credits are available in the game however: Progress is continuing with the extension of the game. The next release that you guys will see, will include the extension pack completed. We're around 50% complete. In the extension we will be including a few new features:

Environmental Damage: It's not only Slender and his army you need to look out for. Broken floors, gaps, traps and more to cause you as much hell as much as possible
Outside Levels: If you thought inside was creepy, outside is even worse investigate the Garden of Slanciata at your own peril.
Storyline: You guys told us that the storyline for Slenderman's Army was rather terrible. So for the new update. We're adding in an improved story explaining more about what's going on at Slanciata Manor.
Inventory: You will have access to a new inventory system, Use items to find the Mirror Shards and escape.
New Antagonist: Slender takes a back seat, as you continue to discover WHY Slender chose Slanciata Manor as the base for his Army.

If there is a feature you want to see or something that you don't like. Let us know in the comments below.
Keep an eye on our facebook and twitter also you can visit Slenderman's Army at SMC Games 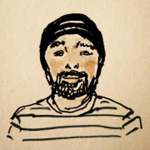 Close
11/04/2012 09:58 PM
There are many different ways of escaping the Slenderman Army:
Spoilers Below:
Show
1. They have a limited vision. To discover how far he can see you, walk slowly and zig zag him. He can't turn very fast. So dodge him, stay just around the corner from him, a lot of the time he will fade away.

2. Leave the room and enter again, Each time you enter the characters respawn in a number of different places. However, be careful with this trick. Cause this could mean they respawn on top of you.

3. DON'T RUN! No matter how much you panic keep your cool! If you panic then you'll be caught very easily.

4. Find the 3 battery flashlights as soon as you can. The sooner you find the Flashlight you can see more by pressing F5.