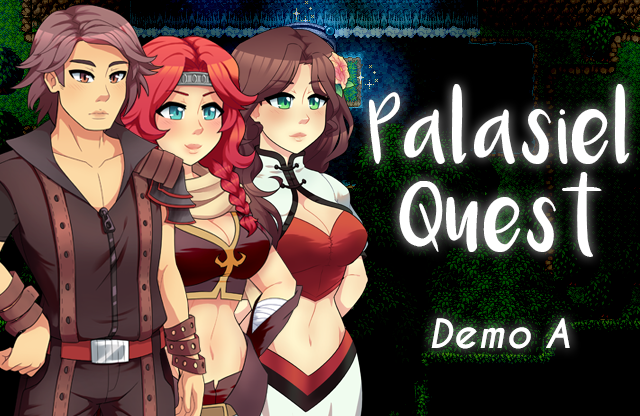 - Changed the in-game text color to white
- Changed the dialogue text font and size
- Added a slide-in portrait of the active character in battle
- Saoirse's signature skill "Memento Mori" no longer raises her Magic stat. Now it grants a passive state that allows her to survive a lethal blow with 1HP while restoring the health and MP of the rest of the party.
- Changed the skit notification image
- Facesets have now been updated with new art
- Removed random encounters from the map with the first save crystal
- Color-coded elemental terms (such as Fire, Ice, etc) have been added to skill/item descriptions
- Added "full Pack 2025" font for the TP numbers. Be sure to install this font.
- Fixed some voice-to-text mismatches
- Fixed some grammar issues
- Fixed word-wrapping due to new font and size
- Updated the Credits

- Added in brand-new artwork by Kaibuzetta
- Ariel's strength has been buffed to stand more of a fighting chance physically
- Added MP/TP costs to Ariel's skills that player likely would not obtain during the course of the demo
- Added a Battle Theme Change function for the demo
- Arte Points (AP) can now be earned via using Artes, instead of just defeating enemies.
- Steal now costs 10TP instead of being a free action.
- Ariel's "Borrow Time" arte has been replaced with the arte "Assassinate". This deals more damage the more status ailments the enemy has. Must be unlocked.
- Ariel's "Drain" arte has been replaced with the arte "Still of Night". This deals damage as well as inflict Blind and Silence. Must be unlocked.
- Ariel's "Osmose" arte has been replaced with the arte "Covetous Edge". This deals physical Light damage based on the amount of times Ariel has healed. Resets the Healing Count. Must be unlocked.
- Added a pre-battle intro to the boss fight.
- Gave "Vim" and "Vigour" MP costs of 20% and 35% respectively.
- Added option to skip the boss fight.
- Fixed a problem regarding lighting and parallaxing not showing up.
- Updated the title screen.
- Fixed a fatal bug where there was a map missing. Save files from old version should work here.

Thanks for downloading Palasiel Quest...