In a single word? GENIUS!

Hello players,
once again I am here to review one of the noteworthy rpgmaker2003 games of the past. Today I played another game by Gibmaker, author of the famous "The Longing Ribbon" I reviewed some time ago, and the dev who worked in many Befuddle Quest episodes, but this game, "Professor McLogic Saves the Day" was also pretty popular, or at least I heard of it a lot.

Why? Well, first because this 2011 rpgmaker2003 puzzle game is different from most, if not all puzzle games you may have already played, because it's a logic puzzle, not the usual "press levers and push barrels" kind of puzzle. The gameplay is terribly simple: our alter ego (and we even get to choose the appearance of the protagonist!) wanders various areas (that are described in detail to give us the mission we're tasked to complete) populated by different characters, and he has to talk to each character in an area, compare their responses, and logically deduce their identities, political affiliation, etc... 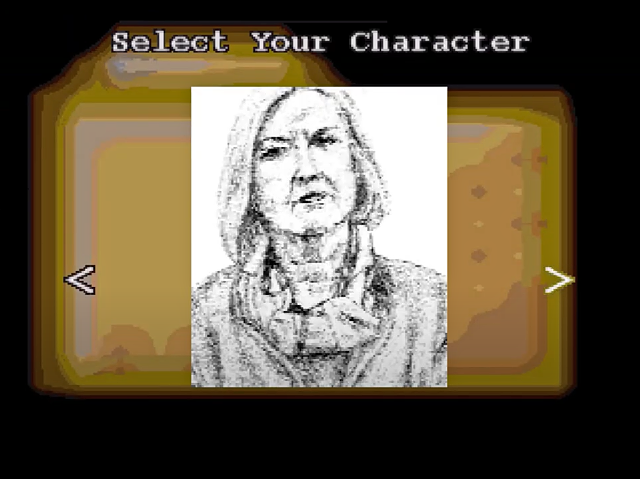 Will this grumpy mature lady be our Professor McLogic? Uhm... probably not! Looks too grumpy!

Sounds easy? Well it isn't! Some people of these faray lands will tell the truth, while others will be liars. The first time I played this game I had a really hard time, maybe because this is not my kind of game and I'm probably bad, anyway mind that these puzzles are also randomized! Oh yes, so you cannot expect to memorize the solutions, and that's really clever, not to mention that this means that this game is replayable. If this isn't cool enough, I do not know what it is!

Now, the locations: even if the game uses the classic rpgmaker2003 standard graphics forgets those boring RTPs classic fantasy games: there are different scenarios and locations that can be considered wasted for a game that's not exactly about exploration!
That's not to say that we haven't to explore maps: on the contrary, walking around and talking with people is mandatory, but like I said before it's also necessary to understand who is telling the truth and who's lying! Otherwise it's game over! After each completed level we're the opportunity to save, before choosing the next location to visit (so you cannot save in the middle of a scenario). The interface is likewise custom and well made, from the main screen to the carious menus. Nice, really nice! 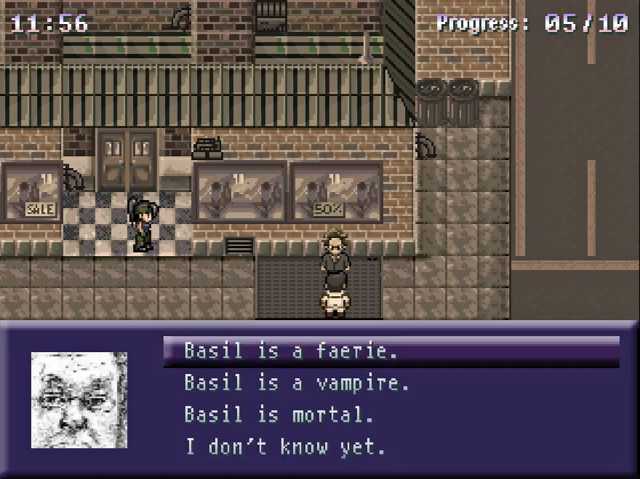 In this city we've to learn who is what! Seems easy? Well it's not!

And this is the game, a game of logic of course! So no opponents, traps, or other hazards to overcome, no need to save during these adventures, in fact there will be just one obstacle added to the many challenges faced by Professor McLogic, an obstacle called "time" because even if each single puzzle may take you five minutes, clearling an area may take you more than an hour, and considering that you've to navigate these locations, it may be a problem since, as I mentioned before, you cannot save except after completing an area.

On the other hand, besides nice maps and locations the game also has a good selection of music and sounds, something thst you would normally not expect from a puzzle game. But I liked them, especially the sound you hear when you complete a puzzle! Ok, music can become a bit repetitive after a while, but this is not an adventure game that needs different theme to accompany various cutscenes or events! So it's ok as it is, for me (probably this game didn't even need decent mapping and music, but we got some good ones). 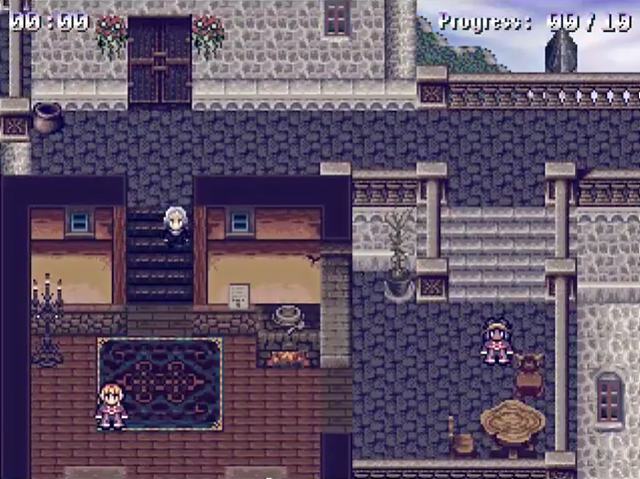 Another Professor McLogic is visiting another setting, a school of phylosophy... but every environment looks carefully designed. I like them!

Final Verdict
"Professor McLogic Saves the Day" is a brilliant, unique game, an original Rpgmaker2003 puzzle game. It makes excellent use of the assets and the rpgmaker engine, presenting also a randomized series of challenges, and that's pretty much noteworthy in my opinion. I know this is probably not a game for everyone, I have to admit I'm one of these players who is pretty bad at this kind of complex logic puzzles (I can just solve the easy ones!) by the way I cannot deny how cool and clever is this game.

For me this is surely Gibmaker's masterpiece, a title thatcontains ten distinct scenarios, with each one of them having its own set of rules and more and more difficult as you proceed through the adventure... uhm yes, I call it "adventure" even if there is no real plot or anything, but this is probably the only critic that can be done to this game (together with the fact that you cannot save during an "adventure"), because for the rest, as a puzzle of logic, this is pretty much perfect. 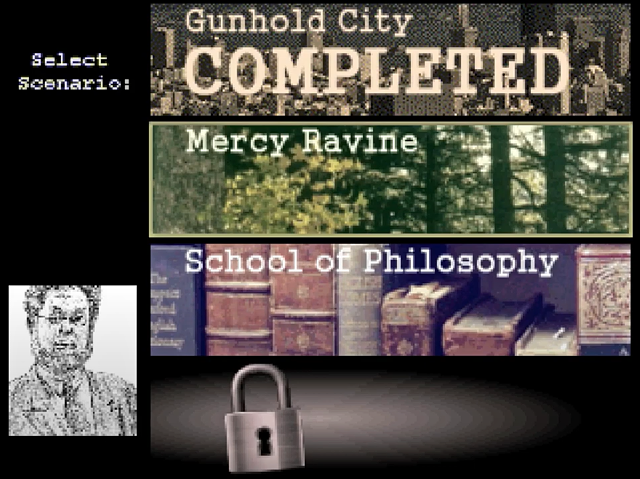 Despite some difficulties and errors we were able to complete the Gunhold City area! Now it's time to move towards new adventures! The Mercy Ravine awaits!