Story
Ok, it seems that God isn't too happy. 15 years ago one of his angels and a devil from the underworld got together and had child twins by accident. Whoops. These children were born with angel and devil powers, becoming dubbed the Demi-Children. The Demi-Child with Devil powers; Cain Abel is the one God wants dead, and Satan plus the Devils in the Underworld don't seem to give a damn about which seems odd... Due to these circumstances, Cain isn't even aware he has a twin sister since they were separated at birth and seldom had to fend for themselves. Cain was raised by a gang of street thieves until they were locked up by local authorities, leaving only Cain.

Anyway, our tale begins with Cain accompanied by his rather eccentric companion; Breeze Pueblo as they started searching in the nearby forest for materials and resources for the lab base so they can begin to learn more about Cain's past and go on a journey of discovery. Meanwhile God has sent one of his specials down to deal with Cain in-person. It seems God is somewhat prejudice towards Devils...

One of the Demi-Children holding the Devil side of abilities, unaware of his great potential was a lowly street rat thief before meeting his eccentric companion a month before our tale. At 15 years old he still has that child innocence and is always happy go lucky. As well as naive he always means well and is quick to catch onto new things. Before he met his eccentric companion Cain spent his days stealing from the town he grew in just too survive and learn how to stealthily avoid God's Angels. Thus he is good with twin daggers and is exceptionally fast and damn lucky!

Cain's eccentric and somewhat overbearing companion. She was a spirit hunter for 4 years before meeting Cain and has been with him ever since she met him in the city trying to steal bread for his dinner. Fighting off monsters and teaching him about the world (while mocking RPG mechanics at the same time) as well as being his self-appointed guardian is pretty much her thing these days. Despite her ditzy and genki facade she is actually pretty damn smart, living in the middle of nowhere with a lab she made herself. She has a preference for guns.

Is an arch-angel of God. After the years of angels going to attempt to kill the Demi-Child Cain, God finally decides to send down one of his arch-angels to do the job. Yi-Qo is loyal to God and is always willing to follow him. She speaks with a very regal tone and doesn't have much patience for tom foolery, a worker's attitude. Though before she is sent down she is confused on what to do first. Her sister recently became a fallen angel not too long ago and wishes to rehabilitate her before God officially declares her fallen and permanently banishes her from Heaven. To the surface!

There are a total of 7 other characters to meet along the way, but I won't spoil them here. Oh, and if you don't utilize each character's skills in battle, "you're gonna have a bad time." Also, some grinding is encouraged for this game!~ 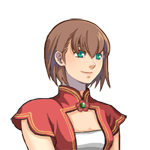 Close
11/26/2012 09:36 PM
dunno if i'm gonna play this one, intro of the game is so short.. do you have some unique features in the game like crafting things or this game is all about grinding your way to the top while completing the story? and how many hours is the average game play of this one?
Sana

(Even if a game may suck, we can still have a good laugh while playing it~)
Philla

(Even if a game may suck, we can still have a good laugh while playing it~)

@Bgamer: The first two dungeons have a high encounter rate to more or less guarantee at least one level up due to boss/ hard fight. It mellows down a lot afterwards.

@liliford: Is it your first time you need to find the Pagoda? It's in the cave a little south of the lab.
liliford

author=ChaosAvian
@liliford: Is it your first time you need to find the Pagoda? It's in the cave a little south of the lab.

Many thanx for the reply i found it.
Frostii
0

(Even if a game may suck, we can still have a good laugh while playing it~)

I'm guessing you have all the time in the world, unlike me i get to have at least 2 hours in a day to play that's why at least i want to know if the game i will play will be worth my 2hrs.
horror
0

Close
12/05/2012 01:55 PM
Enjoying the game. But, I'm stuck. I'm searching for the Cursed Pagoda. I've read the previous post stating that it's in a cave south of the lab. Problem is, I can't remember where the lab is. Help!
ChaosAvian

@horror: Do you remember the place Yi-Qo first landed when she first came from Heaven? It's on the same continent as the large lake and tent.
horror
0

Close
12/13/2012 01:13 PM
The game seemed interesting. Had a decent story line that I could follow (though some minor improvements could have made it better). However, as I begin to play the game, I do not know how to work the controls for the battle system at all. Half the time, one of the characters doesn't even have the option to attack in battle. I do like the sideways, Final Fantasy-esque style it has going for it. I could no longer continue playing it after the first 5 minutes because the battle system was so tedious. Also, another improvement could be to decrease the encounter rate for mobs. I was running into them at every two steps or so. That is really ridiculous.

Close
12/13/2012 05:21 PM
The first two dungeons purposely have high encounter rates so the player needs to have at least 1 level up before facing the touch encounter at the end.
AkenMaster Close
02/23/2013 05:18 AM
Played about 30 minutes of the game until it crashed when fighting those demon babies. The dialogue was pretty enjoyable, and you know how to balance a game. But there are issues.

- If I try to escape from the first enemy, my game freezes.

- Download the Yanfly script that allows for perma-sprint (I think it's her config one, I'm not sure.) I kept skipping text because I'm constantly holding the shift key.

- Download another Yanfly script that allows for faster animation speed. The faster the battle is, the better. I care shit for slow battles, side view or front view.

- If my character uses normal attack more than three times, and it's more effective than using a skill, you're doing something wrong.

- The battlers staring at me was weird.

Sorry if this is redundant. EWC2 looks pretty sexy from what I've seen of it. I'm probably going to play Ruby Chronicles in a few minutes.

Edit: Ruby Chronicles is so much better. <3 But seriously, dude - I could take off a star for those random battles WITH HIGH AGI.>.><.<
*edits a video of a nerd ranting about vidja games*
Pages: first 12 next last