Story: Rebellion! An organization called The Serum Maniacs has been harassing the Loname Kingdom. A fugitive escape's the kingdom's mightiest generals, who send out troops to find him and to kill all of the citizens that may have seen him. Three young boys, Blone, Luc, and Bee are caught in the middle as the fugitive runs by them and they discover that troops are killing communities even suspected of seeing him. 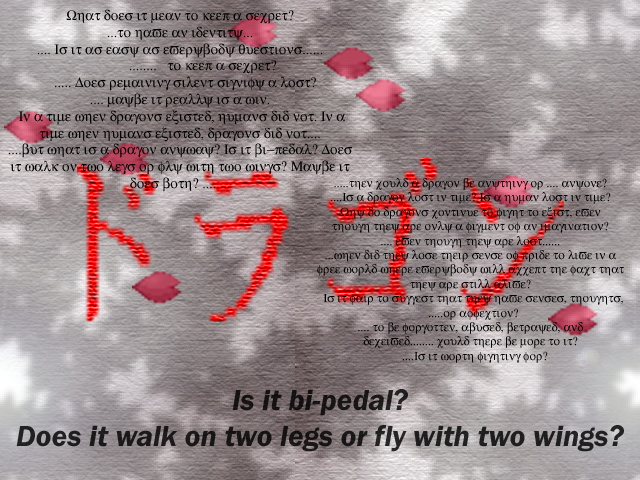 Is it vegetable, animal, or mineral?


Writing: What a mess. The tone of this game is all over the place. It can't decide if it wants me to take it seriously or if it wants to be a parody. It starts with with three troops carting the fugitive across the mountains. They meet Barrage. Now, I'm going to stop there because spoilers, but I said this because I wanted to make it explicitly clear that Barrage is the most addle-brained, blithering idiot in the history of fictional villains. It's supposed to just be exposition, but it's presented all wrong, and as a result, Barrage becomes someone who should have been executed by his king for the crime of being too stupid to live. 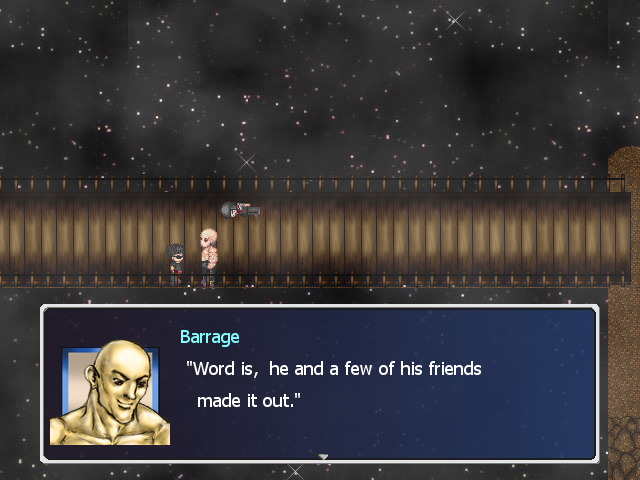 I've poisoned this dude! That shit's just going to work so I'm going to give a detailed account of exactly
what he wants to know and let him leave! There's no way that shit could go wrong!


So, while discount Sagat is killing a bunch of people and monologuing, three boys are going fishing. A nice little story of rebellion against a tyrannical government is being presented, but this is the story you don't see in rebellion stories. This is the story where the three protagonists are surrounded by idiots. Our next really egregious example is Sarah. Now, I haven't addressed the grammar. The grammar is a strange creature in this tale. For the most part, it's well written. Well, the writer must have gone on a bender when wrote Sarah, because she, and she alone, mind you, is written with such bad grammar that she's barely comprehensible. What's worse is that Sarah was clearly written to be quirky but between the bad grammar and her painfully clueless behavior, she just comes off as a blathering moron. 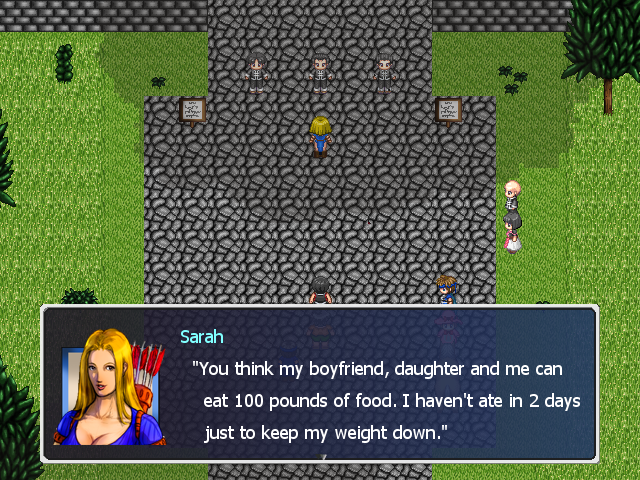 I know a doctor that can diagnose that condition.


If I don't stop now, I'm going to be here all day. The story is fine. It's generic. Pretty much every rebellion versus the evil empire you've ever seen in a Hong Kong kung fu movie made after Star Wars. One really good point is that the writer isn't afraid to kill off characters you've grown to care about and there is no plot armor. There's a profound lack of common sense: nobody's going to think a burning village is just having a barbecue. The protags are presented...okay, pretty much because they act and talk the way you expect kids to act and talk. The problem is that so do the adults, including the important ones. Pretty much across the board, characterizations are really uneven, cringe inducing, and baffling. 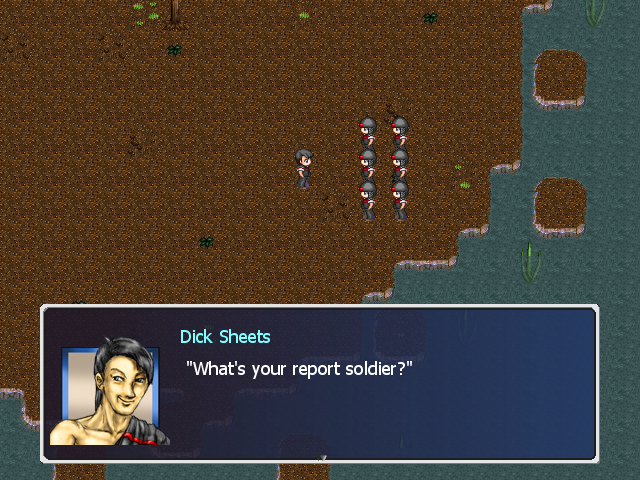 
Gameplay: Very much a redeeming quality of this game. It is basic turn based battles, but there is a little bit of a changeup in that you have a character that acts as a dedicated support and you have abilities whose use opens up other abilities. Certain items also open up abilities when equipped. For example, Vania gives you two orbs that when you use them in combat, opens up a new magic menu. The dev has worked really hard to make the gameplay interesting and engaging. Some bosses have a one on one combat system where one of your party members squares off against a single enemy in a sudden death match where you select your action and take the consequences in a rock-paper-scissors type system. 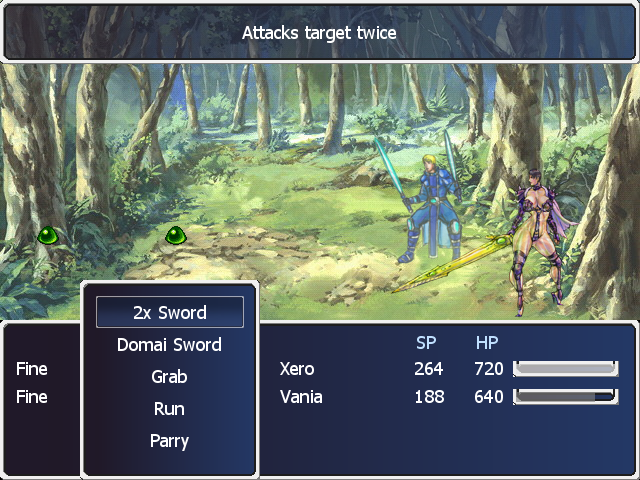 Armor class: the less it covers, the higher the rating.


The Carnvile Forest dungeon was a bit overlong, but it's mostly because the map was a boring maze. Other than that, the long dungeons aren't too bad. Most chests you can open but some chests can only be opened by adventurers. I'm not sure what that was all about. I probably need to play farther into game to figure those out. For the most part though, I actually enjoyed the game, even if I'm not particularly enjoying the writing.

Graphics: Graphics look very good. They come from a variety of sources. Some rips, some original, some open source. I do have a complaint about the battlers. While they look very nice, they also really don't stand out much against their background. I like these battlers, but I think the color should have brought out or at least use different backgrounds. Against they forest, they're really unexciting. They worked much better in the sewer background. In the forest, they just don't pop.

Conclusion: The game is definitely worth a play. I won't deny it, but man, the pacing, tone and overall writing desperately needs work. At the very least, the characters are mostly likable. I'm not sure what the replayability would be, but the story did eventually start to grow on me. I feel like most people, probably would think it was alright.