Another great relic of the past...

But let's find out why! 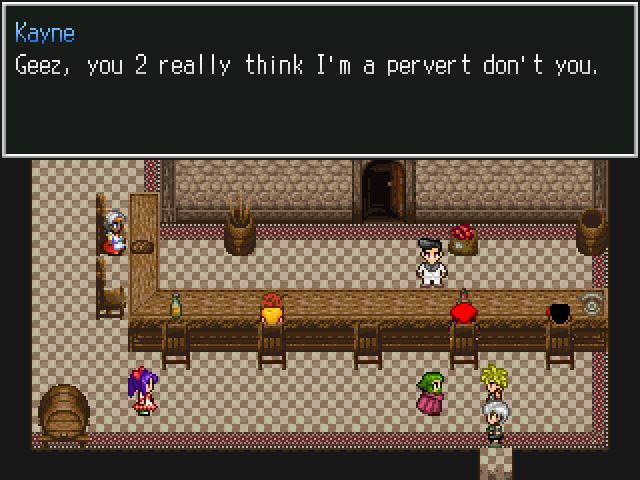 The Good
Cyber Factor is a game that uses the typical Rmk charsets and edits, a style that I like because it easily harmonize with other sprites from different sources, and this is the case, since, for another time, the setting isn't your typical jrpg fantasy world but a sort of sci-fi or techno-fantasy realm. As usual I won't spoil the story, but I can say that it's very interesting and that we will use different characters, of different power levels, before introducing the real protagonist.

Mapping is very well done, clear, simple and effective, I especially like the sewers and the small puzzles and switches you have to activate in order to drain the water that floods some areas or change the defence lasers. Simple but really nice and clever ideas.
Speaking again about puzzles, I also liked the protagonist role and ability, it's an interesting idea that I won't spoil but... it works very well! Just please to defeat the first boss, as everything is better from that part onwards!

Music are rips from various sources, not particularly brilliant but not bad either. I found the selection appropriate and good.

Anyway the best part of the game is combat: we have the usual side view battle, with battlers taken from "Tales of the World" sprites that match almost perfectly their charset counterpart, and a nice selection of opponents, but besides the nice graphical details, we also have a clever and well built combat system that is all about weaknesses, effects and combos (ok, they are called Arts and Combination Arts, well same thing!). But it's easier to be played than explained, anyway I found it to be a very good system.
The monsters are always visible so no random encounters!
I also like how you are reminded to save just before any dangerous encounter (and hey, you can save anywhere and anytime! That's a plus!). A well designed game indeed! 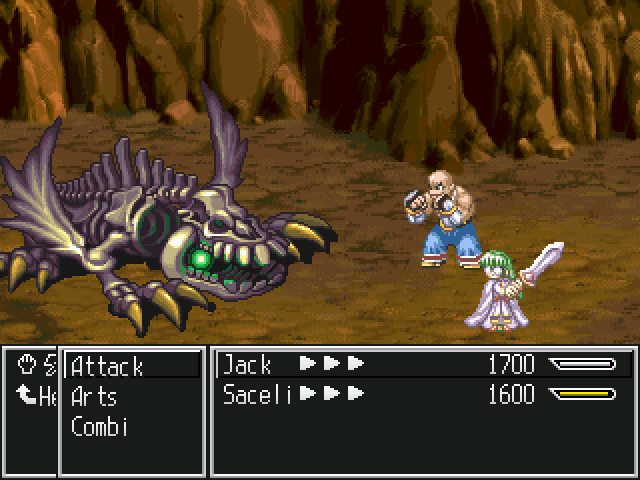 The Verdict
As I said before puzzles (especially the Data Restore puzzles) and combat are the strong points of this game and clearly a lot of effort and work went into these, that's exactly what I expect from a good game since this means that gameplay is fun and varied. Graphically and musically the game is in my opinion quite good (nothing particularly original but I like the style choice), there's coherence among the different sprites and locations used, maybe writing could have been a bit better, but this is a nice game well designed and full of details. There are some parts that are quite average, but most design choices are professional and original.
So it's clarly a 4 as the many merits outweigh the small flaws A lot.
A game worth playing.

I admit I was almost going to give up against the sewer boss (that fight was hard and the characters you have are so weak! I had to kill for more consumables!). After that part and introduced the real protagonist everything became really better.
Pages: 1