0 reviews
Save to Dropbox
Twin sisters living in a orphanage, lived their lives happily inside what was
possible.

One night, they decided to go against rules and walk around the
building during the night. Odd and unexplainable events took place there, and
Runo (Main Character) ended up, although terrified, chasing these weird creatures
who abducted her sister, through a mirror, into another completely different world.

Now she struggles against many odds in order to find her lost sister. As she goes along, she discovers hidden secrets that no one is allowed to know... and her sisters life, as well as the fate of everything may be at stake.

I made this game (my first completed game on rpg maker in fact) with vx ace lite, as an attempt to enter the cook off competition.
I only saw the competition 3 days before the deadline and that's when I decided to give it a try.
it is my first made game, I had lots of fun with it and I hope you will too!

Riddles, battles, nice storyline (some friends who tried it).

Close
02/20/2013 10:08 PM
Really impressive game for being made in such a short period of time. Right now I'm stuck on the second time you have to bring together love, hate, and solemnity. Can I get a hint? :)
SirBonbon 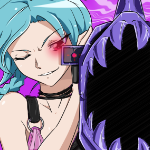 Close
02/21/2013 10:30 PM
I'm glad you are enjoying it! =D
As for a hint on the second puzzle, 'If all are gathered and respectively offered'.
It means there is something else you must do with each of the soul pieces, before you can make the ultimate offering ;)

I hope that helps ^^ I noticed a few mistakes on the game(nothing serious don't worry lol) so am going to upload it again with them corrected, I apologize if it caused an inconvenience to anyone ehehe =P
Annazel
0

Close
02/22/2013 12:48 AM
Thank you! I think I understand what you're saying. My problem is that I can't find any of the pieces except the bright orb... Perhaps I'm just blind, but I have been looking for about 45 minutes xD
ZetsubowSenpai

Close
02/22/2013 12:50 AM
Ehehe sorry about that, in the description I say what has happened and it is already fixed ;)
I apologize again for this mistake lol making a game as quickly as possible in 3 days has its disadvantages lool ( I am uploading now without that mistake, so you wont be stuck on this new one^^)
Annazel
0

Close
02/23/2013 11:00 PM
Right now I'm trying to beat the universal bi... uh, witch. xP I don't think my defense is good enough, which is unfortunate because it's too late to buy armor... -facepalm-
ZetsubowSenpai

Close
02/25/2013 05:31 PM
Hey, there! I'm done playing the game and I really liked it! It's amazing that you could make this in just a few days, but something tells me that you already had the idea developed or something. >_> ...Anyway, the story is really the highlight of the game, specially for such a short one. It even managed to pull off a couple of good plot twists and a cool ending. Kudos for that!

The game itself is kind of easy, or at least the normal battles are. The boss battles are more challenging, which is good. But the problem is that the encounter rate is a bit high and there's only a handful of monster formations to fight, which gets boring very fast... I also resented the lack of save opportunities, because between battles and scenes they felt too far apart.

I liked the mapping overall. The dungeons are about the right size and complex enough to make them fun, but strangely enough the inside of houses are a bit on the "big an empty" side... The atmosphere of the game also suffers a bit. The music is almost unnoticeable most of the time, and the few sounds that do stick out (emotion balloons) are loud and repetitive.

One thing that really bothered me about the game, thought, was that some cut-scenes play automatically and even those that didn't, had pauses during the dialogues... I can read faster that the messages were being displayed, so watching an scene was kind of a bore at times, specially the long ones before the last two bosses because if I died I had to watch them all over again. You have to give total control to the players during cut-scenes so they can go through them at their own rhythm. Also, good punctuation is enough to give the right feeling to a message. You don't have to use pauses during ellipsis, for example, or anything like that.

Anyway. All in all this was a very nice little game. If this was your first one, I'll keep an eye on your future work. =P
ZetsubowSenpai

You are right about the dialog, I was afraid the player would feel the way you described after giving some thought to it, but at the time I was more worried about players that like to skip all dialog and not reading the story which was actually its main strength lol...

After the Event is over, I might change the battle aspects of the game, make them a bit more interesting, along with a few more things maybe. I can't touch it right now as it is still under the judging of the Cook Off Event.

Thanks for the advice ;) I'll work hard on the next one to surpass the expectations =P
Pages: 1