LandTraveller is an indie game created in RPG 20XX. This game is a commercial game that has been Green Lit by the Steam Community (GreenLight Webpage).

Before you get really started in this game I recommend getting familiar with the keyboard commands and the different menus. Once you understand them, the game will go along smoother and be much funner.


The developer of this game is also the developer of the engine that is used to make this game. He's a real busy guy! While I found the engine to be a little rough around the edges, this game actually plays pretty well. I was a little confused as to why this is down as an Action RPG because it feels way more like a resource gathering game than anything else. I haven't played a lot of games in the genre, but I assume it's similar to something like Terraria or Stardew Valley. 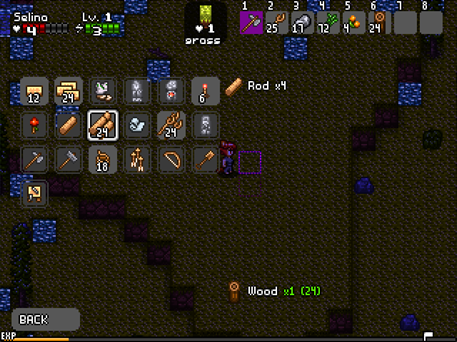 The crafting menu is one of the first things you'll need to familiarize yourself with.


You start off in a home base area. This area is a safe place from monsters. Your free to wander around it and collect resources, get used to how the game works, and build a wall or something. I would suggest collecting and making enough stuff to get a shovel and a bow and some arrows. The shovel will let you dig dirt. You can then use the dirt to fill in those water holes all over you lovely home. You can also stack the dirt to make a wall (or something else, if you have a better imagination than me.) 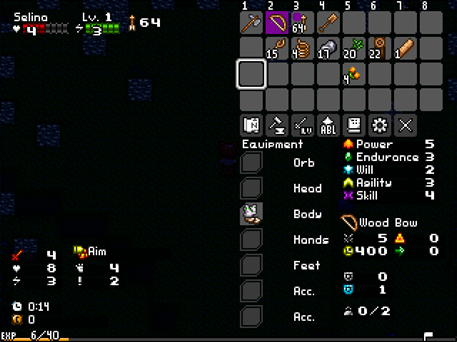 Inventory management will become important once you get a lot of stuff.


If you want to explore I suggest having the bow and some arrows. It's much safer and you'll save more health by hitting monsters from a distance, but don't think the monsters aren't smart. Those goats can jump over some of your arrow shots. It's still much better than trying to do melee combat at the beginning of the game, especially if you get swarmed by monsters. The map is huge. I ran across it and jumped over monsters to try to see how much I could explore. Trust me, this map would take you a long time to complete if you wanted to build some massive fortress across the entire thing. 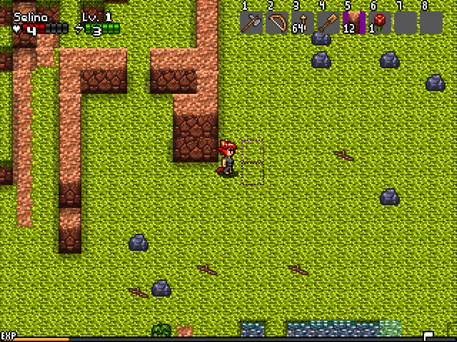 
This is a nice little demo. It shows me everything I would need to know to make a purchase of this game. This thing looks like it will be a very complex simulator and from what I can tell it's very well designed. This game is what you make of it. You can do what you want and you can build what you want. Based on my play through of this demo I can recommend that it's a solid choice as a purchase.