3 reviews
Save to Dropbox
Play as a little ram named Faraday and help find her pet rabbit who ran away from home...

This is my first game.
It was done with RM2k3 in the time span of a week and a half (more or less).
You can probably finish this game in one sitting (maybe around 45 minutes).
Enjoy! I didn't expect the 0.1 of the game to get 1000+ downloads in a few days but thanks for all the fanart and feedback!
//ollies out

Oh, and here's some non-spoilery fanart I got from really rad people (click on the picture for the source). by liithp @ tumblr
Item that Faraday can wear...

Effect of Faraday wearing the item...

Close
05/09/2013 11:53 PM
Sorry if this is maybe stupid, but I'm stuck on the part where you need to get apples out of the tree which is too high for you. One of the twins/triplets is telling me to ask "the girl over there", which I assume means the monkey-looking girl or the strong girl, but they keep playing over their usual dialogue. I've checked everything, and I just can't get them to do anything, or get the apples out of the tree.
Princely

author=Cyclobster
Sorry if this is maybe stupid, but I'm stuck on the part where you need to get apples out of the tree which is too high for you. One of the twins/triplets is telling me to ask "the girl over there", which I assume means the monkey-looking girl or the strong girl, but they keep playing over their usual dialogue. I've checked everything, and I just can't get them to do anything, or get the apples out of the tree.

Have you interacted with the tree stump? It's on the same map... It's just below the monkey girl/beside the bulletin board.
pelicans
0

I'm going to punch something then come back and review this. Don't get me wrong though, this is a lovely game!
LockeZ

I'd really like to get rid of LockeZ. His play style is way too unpredictable. He's always like this too. If he ran a country, he'd just kill and imprison people at random until crime stopped.
5508

But the wonderful art and music made up for the lack of other stuff, and what story you did include actually made sense instead of being crazy symbolic inscrutable dreamscapes, and it didn't drag on for four hours. So I actually enjoyed it.

For your first game this is some high quality stuff. Don't stop doing what you're doing!

How much of the art/graphics did you do yourself?
firevenge007

Close
06/22/2013 06:57 PM
I was just wondering - what does 'very retrouvaille' mean? Retrouvaille is basically reunion, and people could say "On a fêté nos retrouvailles", but I have never heard of 'very reunion'. Nevertheless, I'm still very eager to play the game. I'm sure the title has to do with something in the game - it just caught me off-guard.
Princely


Thank you! I wanted to do something really simple for my first game :^)
I'm glad you enjoyed it and I'll try to do better in the future.

Oh, I did all of the art in the game hehe
(All of the music used in the game is by the very talented Kevin MacLeod (incompetech.com))


The title of the game was originally going to be just "Retrouvaille", actually!
I honestly don't remember why I added the "Very"... (I'll try to remember why though.)
Ahhhh, anyways, I hope you enjoy playing the game!
orpazxox

Close
08/02/2013 12:43 AM
very nice and cute game! (too bad it's really short..)
also it kind of reminded me of melon journey which i really like too
TheNecromancer

It was enjoyable. Looked good. The music was the best part of the game xD Although the graphics were neat.

I recorded my playthrough, but oops, the sound wasn't recording. Let that be a lesson for anybody playing on a tv through an HDMI cable on Windows 7/8. The sound doesn't go through the normal channel and the settings on your recording program need to be changed. I'll leave that vid here, so if you want to see how someone fumbles around on a first playthrough you can watch it. But I will record it again with sound and add it as media at some point.

When can we expect your next game?
Hannerr
0 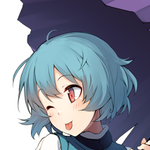 Close
09/03/2013 04:46 AM
The game is simple but entertaining. I really love the art style!
each npc character seems to have their own unique personality, so they dont end up being a boring robot-like npc (the art helps here too!) the music was really good, i think it really fits (and hey, im an audio engineer, trust me!). Maybe its short and simple, but for being your first game, i think its an amazing work! (that said i think the length is ok, longer would put in risk the attention of the player at the story and would require a lot more of plot-changes and tricks to keep it up) Maybe a little bit more of difficulty on the 'puzzles'/'quests' would be good, but i dont know, overall i think it has a light-hearted feeling (well at least till that ending hits u in da face!)that makes it really enjoyable (never gets boring or dense/heavy going).
So anyways, thats some personal feedback.

Leaving that behind i just wanted to say thanks for making it, it was a nice experience, hope to see more from you in the future!
Princely


Thank you for the feedback! I actually updated the game (changed a lot of the 'puzzles'/'quests' and also the art).


Thanks! I'm actually planning/doing this game right now and I'll probably release it sometime next year.
It's going to be a lot longer than VR and it'll also have battles in it.
(' u ')
Ashes of Emerald

Close
05/17/2014 01:38 AM
So since I saw so many great reviews and I'm actually going to be playing it myself, I made a last minute decision to place this game in my RpgMaker Lineup for my Let's Play channel. I hope you don't mind, I like to spend my time doing videos of all the computer games I play and I hope that by doing this and sharing the channel as much as possible it will intrigue others to come play your game. That's how I got into doing some of my Let's plays. I'd see one beginning video of a game and decide right then to play it so I always ended up putting it on my channel also. It's a great way to put your games out there and youtubers really seem to enjoy it. I'll be linking your RPG maker page for this download as well as any other links you'd like me to put on there, like if you have a facebook page for the game or just whatever. I'll also pm you a link to the playlist for the Let's play and you can share it or put it on here if you want to have a walk-through for your game. Doesn't really matter to me what you do with the link, I just want to make sure you have it incase someone gets stuck or whatever and you want something official to give them. I hope to download many more games from you in this lineup. < 3 all the artwork I've seen so far looks great.
matthewac95

Close
05/20/2014 08:07 PM
Grammatically the "Very" at the beginning doesn't make sense, but given the look and feel of the game I'd say the current title fits just as well as just "Retrouvaille" would have.
My impression of the title was that it was a play on words, with retrouvaille meaning something in another language but if you take the first 10 characters you get "Very Retro". Another way of looking at it is a fun poke at the artistic community and the way some of them see art, seeing as this is an artistic game (and a good one at that). Like I could imagine some pretentious art critic saying something like "Zis piece ez quite very retrouvaille! Hon hon hon".

Anyway, that's just my take on the title. Good work on the game!
poopoose

Close
02/08/2015 09:49 AM
Ameowsing! How talented person you are...
I've a lot enjoyed those villagers who are all TOO cute and talk humorously. And, yes, the musics were very well chosen!

I... in fact that I was avoiding this game for a long time despite I kept an eye out for it. The reason for it is its two-tone color which I didn't understand why it is - oh, actually sometimes it's a bit tough to read the dialogues - but once I tried it I soon found it very, verrry fun. Um, COOL insteed!

I'm pleased that RMN has so many enjoyable village/town such as Melon Journey, Very Pink Game, Doggie Dayz, Scaredy Cat, and so much on...! Very Retrouvaille, maybe, is my favourite one.
surfsushi

Close
03/31/2015 08:31 PM
Apparently there is scene in which you ask Lamb if he has a crush on Comb, and he gets very embarrassed.
I played and re-played the game many times but could not find that scene/momento of the game! Could someone help me get there?

There is also this: 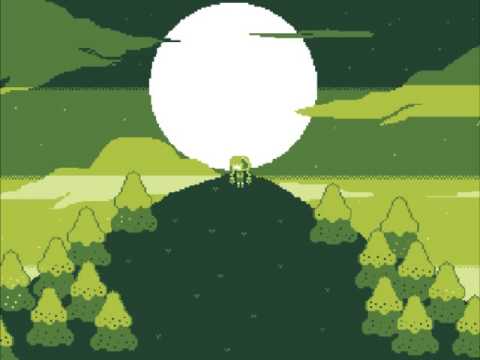 I didn't see this scene, at all! When does this happen? =(
poopoose

I looked into the game's folder for that moon graphics but couldn't find it. So appawrently that scene is not exist, at least in the later version 0.45 downloadable at now.

According to the many let's plays on the game I've watched, there are a bunny of- a bunch of changes between the later and the earlier one(s?) - not just only adding some dialogues but more quite bigger changes! e.g. the passcode of Lamb's house and the process of getting apples.

But I think the later is more fun, like the sudden unreasonable violence against poor Almond, Yo! lol Oh, Faraday is allergic to almonds, so actually was that reasonable...?