Much has changed in the years since the Old Gods have perished.

The world continues it's slow descent into oblivion, arbiters of the old order continue their struggle from the shadows, and the nations of the world, formerly oblivious to the Eldritch powers that bore this crisis, begin to harness it's potential for their own gain.

Nero, a man born from such strange powers is thrust into a world of ancient battles, New Gods, and an all powerful enigma who watches over all from his very subconscious.

- A note on character commands -

Q: Is this the finished game? All of it?

A: Yes, this is done. There is no "Part I Part II" stuff here. It's done. Finished. Completed.

A: Disregard it. It's canned. I rewrote the whole thing, or rather reverted the story to what I had planned to do before the game was delayed by waiting for artwork that never panned out.

Q: Do I have to play Demon Legacy in order to understand this?

A: Not really. There are some nods to the first game but nothing that would ruin the experience for newcomers. 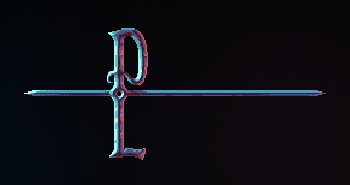 author=TheQuake
Yeah I crash when I'm flying on the giant bird and you fight the other bird. Welp.

Hm... weird. Well; you can always skip the battle by just ignoring the bird. I'll have to get a patch out to iron out some of these things.
KoopaKush

Close
09/22/2013 11:17 PM
Been playing this for the past two days, and I'm really enjoying it.
The atmosphere and some of the scenery is really awesome and appeals to the setting, for some reason I find myself more interested in Lilith's back story rather than Nero's, but I'm sure it'll start kicking up pretty soon. Awesome work man, really digging this! :)
Ephiam

Close
09/24/2013 12:59 AM
I'm betting Shadar continued his career in Ni No Kuni, wherein he finally decided to call it quits on his acting gig. Honestly though, whenever I heard Shadar's name in NNK I immediately thought of Nightblade. Lul
Mogtillo
0

I also love the looks of the ether vein and its puzzles
and iris in her body shape = epic.

Thank you for the great experience Nightblade!
I do wonder if you learned "Writing" stories from an academy or some thing?
Skie Fortress

author=Ephiam
I'm betting Shadar continued his career in Ni No Kuni, wherein he finally decided to call it quits on his acting gig. Honestly though, whenever I heard Shadar's name in NNK I immediately thought of Nightblade. Lul

I was playing the Ni No Kuni demo at Gamestop yesterday actually. I laughed when I saw 'Shadar' because I just came off of Phantom Legacy. I couldn't take it seriously because I kept thinking of Nightblade's Shadar. 8D
Ephiam

Close
09/24/2013 02:41 PM
I think it was because in all of the games I've played and fictions I've read about, Demon/Phantom Legacy was the first time running into the name "Shadar" before Ni No Kuni. Even then, his name was "Jabo" in the Japanese version. =B

I absolutely LOVED Ni No Kuni though, and Shadar's VA was fantastic. Best console JRPG I've played in a long time.

Amazing theme, too. May even suit Nightblade's character a tad? =P
GoneWind
0

The story and characters were really fun. While the story had it's generic parts, and I could tell most of the time where it's going and what twists to except (the exception was the incident with slade and the black guard), the game managed to keep me interested and immersed in the plot.
To me, the villains and the main character, Nero, were kind of corny, but I really liked most of the other characters (my favourites were Lamia and slade). I also kind of liked Malakai (he had a great theme when you first met him), even though it took me about two seconds to understand he is not as stupid as he looks and that he is probably evil.

The gameplay and plot kind of reminded me of Lufia 2, for some reason, in a good way (even though your game had less generic story and seemed to use graphics from Romancing Saga 3 and maybe Treasures of Rudra). However, while Lufia 2 had amazing puzzles to keep the player entertained, your game seemed to lack those, and it's a shame. On the other hand, the battles were quite enough to compensate for that. Yes, Corvus was kind of useless (his scribe ability took two turns and had zero use so I just spammed his darkness ability until he was out of mp, which happened a lot. you kinda expect a big guy in an armor to pack more of a punch), and Nero was way overpowered after about halfway through the game. However, each character had unique skills, and I actually found use for most of those.

A note about the difficulty, the game was really laid out well in terms of difficulty. I personally can't enjoy overly difficult rpg games, because I feel it tends to spoil the continuity of the story, which is my main focus in a game. However, your game was for the most part well balanced. I say for the most part, because the game kinda became too easy in the end (with the exception of two amazing boss battles, against slade, and the last battle with Lamia's old pet friend whose name I forgotten). As I already said, Nero becomes overpowered (as a healer) around halfway through the game, and if the super mp steal+super healing combination isn't enough, you get a mp replenisher in the last dungeon (which for all practical reasons makes Nero a walking inn, since he can also replenish his own mp using that skill). While I personally don't mind such things, since I care more about the story, I felt it did take some of the tension from exploring the last dungeon, which became a tedious task of easily sweeping one cool monster after another. I think blocking the possibility of Nero replenishing his own mp can help, but considering his mp steal ability, maybe it will just be blocking a licking dam with the help of some tissue paper.

Another note about graphics and music (and sound). Ripped or not, it's the way you use your materials that counts and not only the sheer quality of each component. It's rare for games to leave an impression on me through the music, and your choice of music seemed like it was sewed to every scene diligently. I actually had my favourites, whether it was Malakai's introduction theme, the Slade boss battle theme, or the "all too familiar" party theme near the end). As for the mapping, it really complimented the story, and it felt like each town and every dungeon had a unique feel to it.

On the overall I really enjoyed your game, and it really will stay with me for a while (which is, I think, the biggest compliment I can give a game).

Bug issues (Just the things that bugged me, I don't care for small stuff)
(1) The game did crush on me once or twice. I'm kind of a save freak, so none of those caught me with my pants down, and I can't point an exact, since it didn't happen more than once, but it did happen.
(2) What I think is a major issue, which can be easily solved, after killing slade, you can return to rgan lowtown (to kill his wife too and stuff), some npcs seem to not be tempered with. Most notably, you can find Alister in his room at the inn, which you can't leave after entering. You are actually trapped in a series of long cutscenes leading to the boss battle with slade.
(3) Another minor issue which bugged me was you can also find Lamia sleeping in her room at the inn in Dalmar (on a different note, props about remembering the "it's not yet time" dude in Dalmar, it was a decent boss battle with a great prize which I gave Lamia for some of the tougher boss battles).
Nightblade

Close
10/01/2013 02:31 AM
Thanks for taking the time to share your thoughts Gonewind, you bring up some good points. Shadar should have gotten some extra character development now that I think on it a bit.
Estroth

Close
10/05/2013 04:40 PM
Errrrr....this game seem to have a very very bad major problem while I playing this game,eerrr....you see.....I had stuck at Arcadia fight Haizum and I don't know if this is a glitch or Haizum is too much hp....I mean I seriously stuck when I fighting the boss,the boss won't escape at all.So please help me solve this problem.Thank you.

author=Estroth
Errrrr....this game seem to have a very very bad major problem while I playing this game,eerrr....you see.....I had stuck at Arcadia fight Haizum and I don't know if this is a glitch or Haizum is too much hp....I mean I seriously stuck when I fighting the boss,the boss won't escape at all.So please help me solve this problem.Thank you.

author=Estroth
Errrrr....this game seem to have a very very bad major problem while I playing this game,eerrr....you see.....I had stuck at Arcadia fight Haizum and I don't know if this is a glitch or Haizum is too much hp....I mean I seriously stuck when I fighting the boss,the boss won't escape at all.So please help me solve this problem.Thank you.

Thats exactly the same problem I had. :/
Ephiam

Close
10/05/2013 08:32 PM
If you find that Haizum will not flee during the battle, inflict him with the poison status ailment and just outright kill him. That's what I did.
Estroth

After you face off against...
Show
Slade and kill him
if you return back to Ragan Lowtown and enter Allistar's room, you can talk to him and re-trigger a previous cutscene.
thatbennyguy

Close
11/27/2013 03:05 PM
I downloaded this and played it for a bit. A very polished and engaging game. However, I'll report that I got an error "event script not found" or something along those lines, when I was fighting the first boss. I used a regular attack, and it did 1 damage, and he was all like, "Yo dude that can't hurt me!" and then the game crashed.

So yeah, in case you wanted to fix it.
Nightblade

Close
11/30/2013 12:49 AM
Every so often someone brings to attention a bug that makes no sense. Well I'll need to take a look at that as well... In the mean time, you can just bypass the bug by not using that 1 damage attack.

I just tested it myself and saw no issue; oh boy... I don't even know how to approach this one.
Dranart

Close
12/06/2013 06:05 PM
I'm pretty late on this one; but as to why some people are crashing whenever they are fighting the Griffin monster, he is using an attack, Gale Slash, that is using RTP animation misc01 (or whatever has the sandstorm animation). You will have to add that file into your copy of the game if it is making you crash. If I recall from my playthrough that should be the only RTP file you need to add into the game.

As for crashing against the first boss; I'm not having any issues myself spamming terminus. Maybe it's something to do with it's Counter Stance?
Happy

Close
01/15/2014 02:21 PM
I discovered this only a while ago. Somehow I've failed to notice this ever got completed. From what I've played so far it seems very polished and very good so far. I feel this is game is somehow suffering of being very overlooked.

Edit: welp, I was stuck for a while before I realized I had to search every bookshelf in the first town's library before I could actually advance in the game.
Pages: first prev 12345 next last