September 6th, 2020:
Version 2.091
-changed positions of Dragons in final dungeon to spread them out and no longer required to manually skip the Dragons to continue on
-minor mapping and animation changes, and audio adjustments

Close
08/28/2021 05:54 PM
Oh wow thank you! Glad you enjoyed the game and really appreciate the kind words! I really wish I could have done more with the characters' stories, but I'm glad you liked what was there. And it's always nice to hear when someone gets the little references like the music and viewpoint in the epilogue battle :)
Toonpel

Close
08/24/2021 06:23 PM
Hello. I just finished this game, and it was very fun to play. I really enjoyed it, and it has definitely become one of my favourite games here on this website.

As for the characters, well, what can I say? I really love Nargun, both in battle and in the story due to his character and how he becomes later on. The rest of the characters were also fun to play as, although I kind of don't like Elara due to her flawed view of always doing the logical thing. Sometimes you have to listen to your heart as well, you know? I kind of forgave Moshran for his total obedience to Elara at the end of the game, as he really shines there. My main party mostly consisted of Nargun, Sirani, Cherga, Ronagan and Oldra, even though Cherga and Ronagan comes way later in the game.

I also love Dai Luk for some reason. I don't know why, I've just always loved the villains.

Also, it was very funny at the end where Dyluck battled that man (forgot his name) in the style of the first game, along with the music. That's a great detail right there.

Close
02/25/2021 10:14 AM
I want to play this, but unfortunately playing the first legends of illarion kind of ruins this game. You already know what happens to the MC :/
UPRC

Thanks, I'll try it out later. Great game btw!
Dyluck

It has been a real pleasure once again. I'll definitly go on a LoI 1 rerun !
Maximax
0

Alright, I fixed those chests, and hopefully it was only that town! As for the other thing, if you mean that out-of-party characters might overlap with monster npcs in the elven forest, then that's fixed too. Thanks!
matski
0 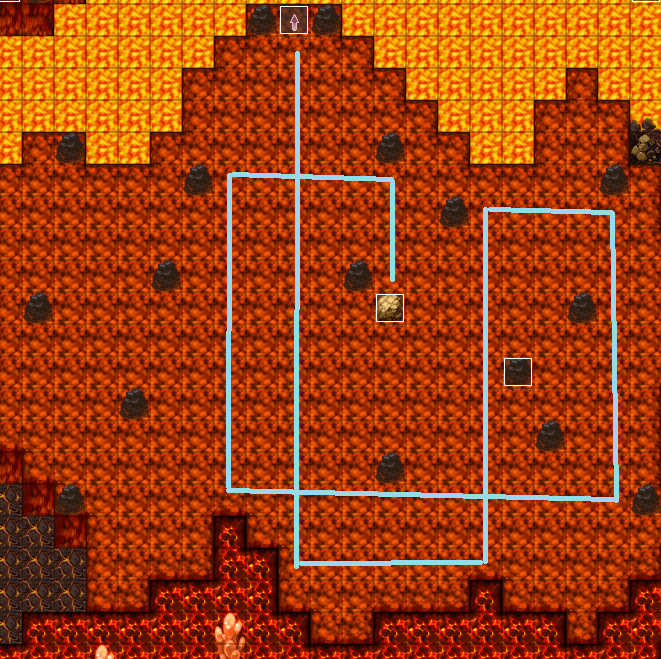 Close
09/18/2018 06:17 PM
I am stuck in the volcano below the dwarf place. I cannot figure out how to solve the stone puzzle.... the one where if you push the stone, it moves until it bumps something. I cannot see any possible way to get it to the lava via where the arrow is pointing except if you have a party member in front of it. Since your party member follows you, I cannot place one correctly to stop the stone. I am playing v 2.084.
matski
0

Really? I must have missed one as I played some of them, at least the SNES ones. There is a "free to play" game that likes to use squaresoft background music in their game which I think it's copyright infringement unless of course they got permission. This is the 2nd RPG maker game I encountered that used background music I recognized from that "free to play" game.
Pages: first 1234567 next last