A Rough Night for Babysitting

Monster Love Party is a short game (I played for about an hour) that follows the KISS principle. Much like the game's description says, it's a celebration of Halloween, which is definitely reflected in the overall setting and aesthetic, so if you're into Halloween this should catch your eye.

The introduction starts with three people being killed and pleading for their parents, then contrasts this with the main character leaving his family to go guard Sally's Haunted House. From there you explore Sally's Haunted House and help some monster-y kids find their missing body parts, while you try to escape and figure out what's going on. 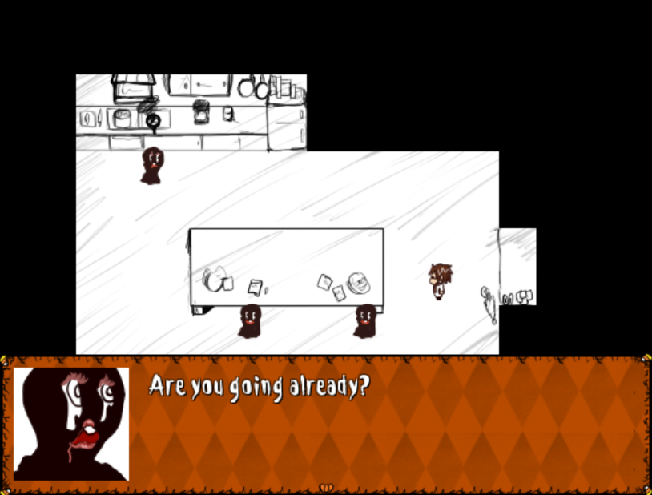 It's a straightforward story, and while I did have some trouble piecing together the backstory of the house and exactly what Sally's deal was, I wasn't frustrated by that. The characters were much more interesting, Pankin and Burlap especially, although I didn't sympathize much with the main character. He was just kinda there for me, but I did care more about the kids.

Past a certain point you can travel around with one of them at a time as they help you find their missing body parts. It’s a neat idea, since each kid has a different way of speaking and one is more helpful than the other, but you have to be careful as they’re events that follow you around the map rather than using Ace’s followers. It’s possible to trap yourself in a few specific corners, but there’s many save points and it’s an open project, so you could play it in playtest mode and use CTRL to free yourself.

The high points are the visuals -- it's an interesting place to explore and the maps are drawn very nicely, but the walking speed is rather slow so it can take awhile to get around some of them. The character art is lovely, with some CGs that really show them off, too. There’s some puzzles, and while they’re also pretty straightforward, there was one I had quite a bit of trouble with. 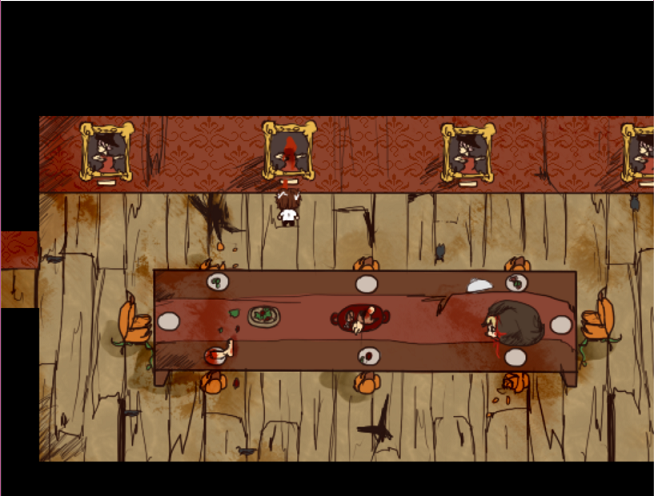 Do note that these paintings are supposed to be dancers. I wasn't able to tell, which was the source of my trouble!


All in all, it's a short game that has some rough edges. The dev mentioned that it was a little ambitious and rushed, but I don't think that makes it a bad game. Check it out for the art, and since it’s only an hour, you might as well stick around for the rest!