Suzy and freedom: the movie

They made a movie about Suzy and freedom!

Kidding, they made a movie about the case that inspired the game.
Interestingly, they made not one but two movies. They are called The Girl Who Killed Her Parents and The Boy Who Killed My Parents. The first one describes the story from the point of view of Dan, putting Suzy as the evil manipulator mastermind behind everything. The second one uses the point of view of Suzy, putting herself as the victim of her boyfriend's evil plans. 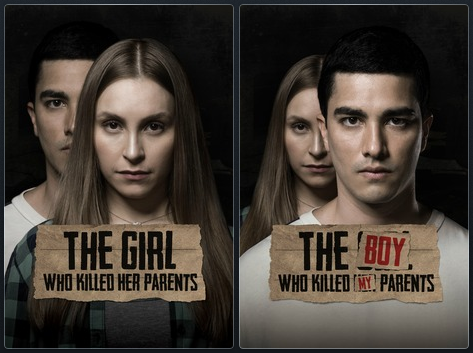 I just watched The Girl Who Killed Her Parents. My opinion: not a good movie. Some people mentioned that in Suzy and freedom the transition from "life is hard" to "let's kill my parents" was too abrupt, and I blamed that on the small scope of the game. The movie had a lot more time to tell the story, and it still felt forced. It's like everyone lived a happy life and suddenly got crazy and decided to commit murder. Maybe because they had two movies they wanted each one to be the polar opposite of the other, but extremism is the opposite of sensitive and smart. Other than that, I was not impressed by the acting.

In any case, while watching I couldn't help but think "it's a movie about my game", which made it a lot of fun. If you enjoyed the game, you'll probably feel something similar (and if you do, please tell me). Both movies are available on Prime Video. 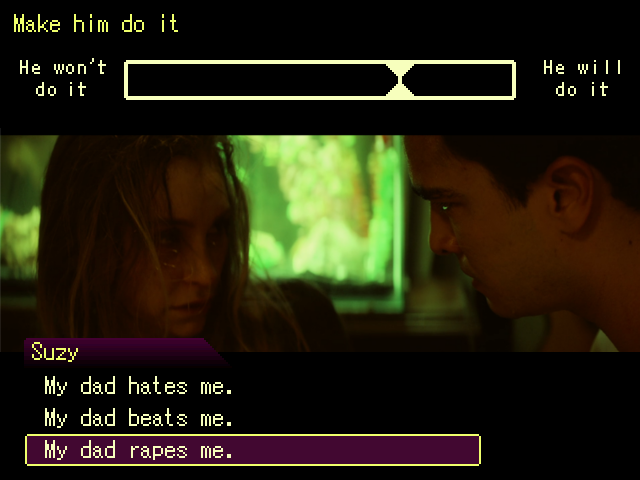 They're making a movie about the case

In 2020, a movie about the case that inspired this game will be released. Actually, two movies. The story will be told in the big screen from the perspective of two of the characters: Suzane (Suzy) and Daniel (Dan). The movies will be called "A menina que matou os pais" (The girl who killed her parents) and "O menino que matou meus pais" (The boy who killed my parents). 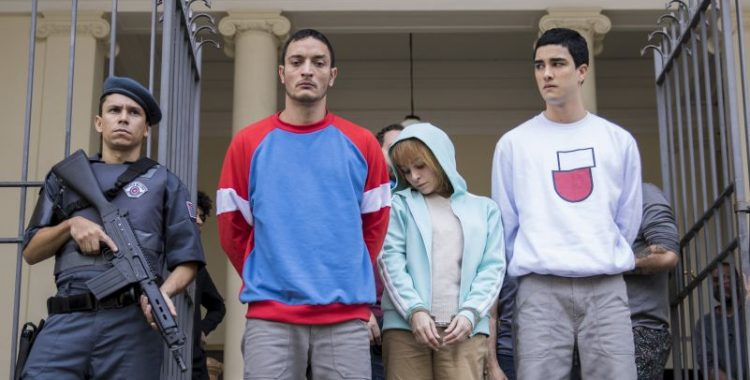 While I find the split interesting, I expect Daniel's version to be more truthful and close to what's protrayed in the game.

Hadn't thought of it that way. But that perspective makes it a lot more fun!

Dropping a few updates on the game, if anyone is interested!

The game has been translated to Korean by a guy that goes by "casw". I don't know any Korean, and I have no idea if it's a good translation, but the game looks pretty neat with Korean characters! 
It was also listed as part of IndieGames.com Top 10 indie horror games of 2013. That was pretty amazing!

I'm keeping track of pieces and reviews regarding Suzy and freedom in the "Outer walls" tab, right at the top of this page.

If you like Suzy and freedom and you think it deserves it, don't forget to give it a Misao nomination!

For reasons I discussed in my previous blog post, I decided to significantly reduce the game's difficulty. Specifically:

The street fighting minigame is half as short: you have to beat half the enemies to finish it.
The climb puzzle is easier. Platforms are larger, way less chance to fall.

I hope that makes the game better!

This update is already available as the main download.

I started this blog post planning on being really wordy about all the emotions involved in the process of making this game... but well, I don't think anyone actually cares. So I'll just sum it up in one word: intense.

When RMN All Hallow's Eve Event was announced and I checked the themes, I knew I had to make a nonfiction horror game. And even before picking a real-life horror to portray in a game, I knew what my goal was: to tell a story about people, not monsters.

The media has this power of turning stories about people in stories about good x evil. No one is truly good or evil. It's easy to dismiss someone who commits a horrible crime as a monster, because it comfortably separates them from ourselves. Even as we try to understand a killer's mind and his motivations, as we learn more about what happened and what he did, we still hold on to the feeling that "I could never do that". But hey... you have never been in that person's shoes, have you?

Games are probably the best tool for telling stories because they're interactive, and in a way that's limited by design constraints, they allow you to be in someone else's shoes. And hey, it's not like it's the first time I make a game about being in a killer's shoes. Beautiful Escape: Dungeoneer had an impact on some people because it managed to empathize the player with a fictitious sadist. In Suzy and freedom, I took one step further and tried to make the player empathized with a real-life killer.

In truth, I wanted to put the player in the shoes of everyone involved in the story. So it is not just the killers (plural) you get to play and control, but also the victims. It's not a story about good x evil. It's a story about no happy endings for anyone.

I did some really deep research to try and understand the characters' motivations. At the same time, I'm completely aware that I'm not actually telling a real-life story. It's a story of my own, heavily based on something real, but unique and original nonetheless. As I progressed to the ending of the game, I noticed that my characters had adopted a path somewhat different from the real life characters. They had a life of their own.

Today is Halloween. Today is the deadline of RMN's All Hallow's Eve Event, and it's the day I release Suzy and freedom. Today is also the anniversary of the crime that shocked Brazil 11 years ago. I'm not paying homage to the victims, and definitely not to the killers. This is not a game about justification. It's not a game about condemnation either. It's just a game about people.

I'm thinking about taking a huge design risk in this game: no saving.

Before actually discussing whether it's a good idea or not, something's that are already certain:
- The game is short (1 hour TOPS, probably less).
- There's no gameover (if you fail at any of the challenges, you try again automatically).

Now, the reason I want to do it (no saving) is to... well, strengthen the game's effect. The game tells the story of a crime, and around 80% of the game describes the events that led to that crime. It's about building tension, and solving a mystery (why did it happen?). I really believe that playing the game in fragments could ruin the effect. It wouldn't ruin the game, but the overall impact of the experience.

If I do it, I'll put a warning in the opening screen, telling in advance how long the game approximately lasts, and that there's no save, so the player can make sure he has time to play it, or come back to it later.

But I understand some people might be very annoyed at that. But just because they're used to saving. Back when I played Sonic and Mario (my Mario had no save), I never save games. If we wanted to finish it, we'd have to do it in one playthrough. And it was fine. So I'm thinking not being able to save is not a problem in itself, just a matter of habit.

I just realized that my game, in concept, it's pretty similar to the Super Columbine Massacre RPG! It's a game that tries to reenact a crime through the perspective of the criminal. I had never played the game before, and partly because I thought it was some sort of joke game (blame the graphics). It's not, so I gave it a shot, and tried to see how it compares to what I want Suzy and freedom to be.

I agree with Danny Ledonne, the creator of the game, when he says SCMRPG is a game that "had to be made". Public reaction to ugly crimes such as this tends to be very blind and dishonest, looking for ways to turn the criminals into inhuman monsters, and set them apart from regular people. What should worry us is not that there are monsters among us, but that there are monsters within us. I guess this is not such an original discourse nowadays as it was when the game was made.

I think the game made a good job with dialogs and texts and other ways to empathize players with the characters/killers. There is a lot of depth in it, and it is a story to really think about. It's also a better way to get in contact with what happened than googling for news about the tragedy. The game summarizes everything very well. On the other hand, it has horrible gameplay. It's way longer than it should be, and the killing part gets boring fast, which is the exact opposite of the feeling that should be created to simulate a mass murder scene.

Anyways, I guess that what I'll try to make differently with Suzy and freedom (beside more engaging gameplay) is put the player in the shoes of not only the killers, but the victims as well. I'm making a game with no heroes and no villains, just people. A bunch of people without a happy ending.

Super Columbine Massacre RPG! kinda makes the characters feel like heroes, and there's zero empathy for the victims. I'm not saying it is a game that stimulates players to be bad people, like some people said, but killing rm2k rtp sprites in DBS felt just too detached.

--edit--
Oh, and there's one more important difference I can't ignore: the killers I'm talking about are very much alive.
Pages: 1