Summon a dragon! Because who doesn't want a pet dragon? I mean, seriously. Come on.

A lot of people tell me I should play Bravely Default, but I don't have a 3DS. I've only checked out screenshots of it and it does look very cool. Maybe one day!

I think one thing I didn't do at the start was explain that the Espers have gone sort of bat shit crazy since the first game. Maybe this weekend I'll rework the intro, ditching the movie with the stuff happening in space and replace them with something explaining what's going on similar to the FF6 intro. I could kick everyone's nostalgia into overdrive by making it mimic FF6 entirely (panning around locations, playing the same music, etc.) or something. Those space clips were carefully picked and actually had significance, but they don't make sense to player at that point in the game.

Doing something about the backtracking through the Eldritch Cave is something I had thought about tinkering with. I think that, after the player finishes in Dawnmarch, there could be an event to let the player skip the cave entirely if they would wish to do so.

As I've told people who have been helping me with ideas, music, testing and so forth, the tone will shift throughout the game. It starts off cheery because, even with the Espers being pests, there's still a sense of normalcy in the world. That will change later on and things will get a little more dark and/or depressing, but not so much that there won't be any cheer left. Ideally, I'd like to mimic what FF9 did with its generally cheery characters and world engulfed in a dreary plot. Since the story's been all planned out since November, the hard part is out of the way and I just need to make the cheerfulness able to fit in with the shift in tone that will occur further in.

Thanks for the feedback, Emmy! I always like hearing what people think!

author=UPRC
I could kick everyone's nostalgia into overdrive by making it mimic FF6 entirely (panning around locations, playing the same music, etc.) or something.

THIS SOUNDS LIKE A GREAT IDEA~
Exposition is hard to pull off, but if you give peeps cool stuff to look at while doing so, you should be solid (also because i rly love the FF6 opening augh)

And hey, sounds good! The cave skipping would be rad, too! I look forward to seeing what you do with the writing, especially if it involves torturing cute lil characters. B)
I AM A WRITER AND THUS THIRST FOR THE TEARS OF FAKE PEOPLE MUAHAHAHAHAHAHAHAHHAA

Like I said, you sound like you really enjoy what you're making, and that's the key bit. I'm excited for how this turns out~
Thiamor

Close
04/21/2014 07:20 PM
You should one day just create a totally original game that you could sell, and try to open people's eyes to what Final Fantasy uses to be in the RPG genre, but as stated, something original. All original names, characters, sound, music, graphics.

Which this is fairly original as it is, but using the name Final Fantasy and some other fairly obvious names, and the like, I just think one day you should work to make one you could sell. You and whoever else worked with you to do this, are really great game creators and I'd support you.
UPRC

Close
04/22/2014 01:53 PM
I won't lie, I've considered it before. It's just that, whenever I try an original idea, it doesn't seem to garner much attention or get any amount of feedback that I'd find beneficial. Then again, my original concepts are all more in line with something like Chrono Cross or Suikoden than Final Fantasy. People seem a lot more receptive of things I do that are inspired by Final Fantasy, so anything original that I'd work on next would probably take inspiration from it. Suppose it gives me something to think about at the very least.
Thiamor

Anyway, I think I might try to have another demo ready when I finish the Lindblum continent off in its entirety. I think that'll be sometime in June. Probably mid to late June. It will probably be the "official" demo.

I could say that I'd just keep uploading builds of the game to let people keep playing further and further as I complete more of it, but some of the scripts and such ruin old save files so that wouldn't work. I'd say that there's a supremely high chance that demo saves won't work well with the full game.
UPRC

I'll be posting little updates there that wouldn't really fit as blog updates here and such. After all, I don't want to clutter the front page up with my stuff or anything if I ever feel like posting several things.
Noel_Kreiss

author=UPRC
The game has found its way to Tumblr now: http://ffblackmoon.tumblr.com/

I'll be posting little updates there that wouldn't really fit as blog updates here and such. After all, I don't want to clutter the front page up with my stuff or anything if I ever feel like posting several things.

I LOVE YOU, UPRC!
I use Tumble like a maniac and that will help me spread the love which is this (Blackmoon Prophecy) great series! Expect a lot of reblogs from kaimi-kreissel. ;)
UPRC

Close
05/12/2014 03:13 PM
Haha, awesome. You won't get any complaints from me! Most of what is up there now is from RMN since I'm work and can't put up anything else just yet. That will soon change!
Kaliesto

Other:
Emerald Weapon (yes a sprite exists, but I have no idea where you can find it): 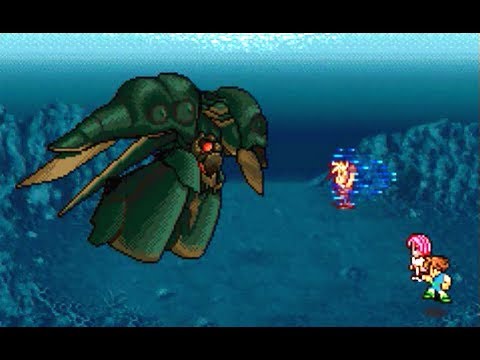 There is also the sprites from Bahamut Lagoon that could fit nicely into this as well. Also apparently there is some artist out there who does make enemy sprites for FF6 somewhere out there in the net, but I'm having a hard time tracking that down. I don't think l'll be able to find it.

I looked at Bahamut Lagoon monsters recently and thought that they looked a little out of place in an FF6-style environment. The Romancing Saga games on the other hand? They seem to fit REALLY well. I can tell that the SNES Final Fantasy and Romancing Saga games had to have shared some graphical artists due to some extreme similarities in characters sprites, monster designs, etc. I'm even using a few sprites from Romancing Saga 3.

Anyway, I expected to have a demo ready for June 3. While it is ready, I'm letting a few people run through with a comb to find any abnormalities or bugs. Going well, and it should all be ready this week for sure.
Noel_Kreiss

author=UPRC
Anyway, I expected to have a demo ready for June 3. While it is ready, I'm letting a few people run through with a comb to find any abnormalities or bugs. Going well, and it should all be ready this week for sure.

Truly, I hoped for something to pop up yesterday...
UPRC

Close
06/04/2014 05:19 PM
Well hey, something was found last night/today that needed to be fixed that I'm going to tend to when I get home from work today! So I think waiting another day or two is for the best. ;)

I'll also do a quick test run through the game tonight as well. I think that, if I don't run into anything that's game breaking or stops the player from continuing, I'll have something up for tomorrow morning.
UPRC