If anyone's been waiting for a discount, now's the time. I've slashed prices so far, I'd have to be crazy to do it!

And as a little behind-the-scenes: I'll probably be doing this again.

The lands of Eylin need your help!

Given how poorly received the game has proven to be, I've opened a thread on the official discussion forum for feedback and recommendations on how to improve this project. I feel it deserves another go.

Ever wanted to open a for-profit enterprise of your very own? Well now's your chance! With the Thieves' Guild, whatever business you find, you keep. Become a partner at any of our international locations today!*

With our patent-pending tools, whatever isn't nailed down is yours. Who are we kidding? Sometimes, even the things that are nailed down are yours! You've got nothing to lose but a lot to gain. Consider signing up at our Alimenian branch for a free sample. There's never been a better time to try! 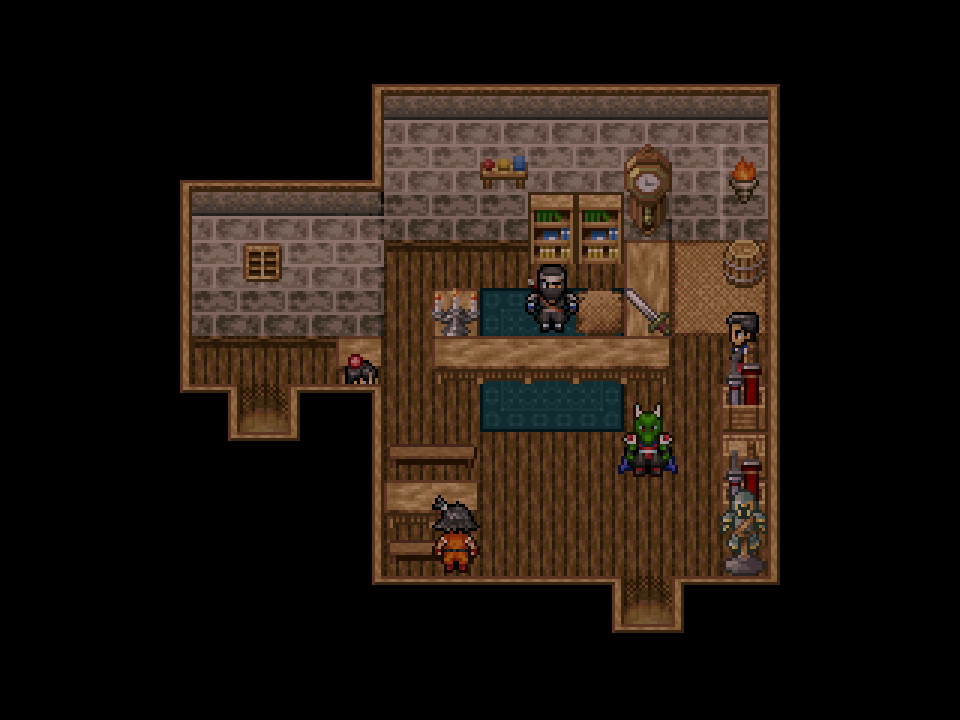 *Some conditions may apply.

"I'm getting sort of excited about this next patch because it's gonna add a whole bunch of new goodies for the player - perhaps even bonus unlockables! Might even swell into the game's first genuine expansion pack! Totally free, of course."

Can you believe it's nearly been a month since Project: Zilmurik went live? I'm working on the next big patch to make what I have better, so I want to hear from you all what you would like to see included in the game. So far the plans are to implement:

1. Random loot for crates, barrels, pots, etc. to give value to searching them instead of merely providing flavor text. Each type of container will drop specific loot (crates = equipment, barrels = healing, pots = gold) Anything without extra goodies (or having received them) will result in flavor text. Existing chests will have their loot altered to give something more meaty, or will provide multiple types of loot, such as equipment and gold.
2. Tutorial/manual included with the game or available via Steam that informs the player what status ailments do and what the glyphs and general item descriptions denote. This has been a very popular question with prospective players.

Tales from Zilmurik is now on Steam

Almost can't believe it myself, honestly. I was in the restroom when the email was sent that told me it was accepted for release. Imagine the surprise when I return to my desk and check my phone. But that's a story for another day, because...

Read the title of this blog again!

I hope you find it worthwhile because it's really spoken to me over these past 15 years. From the old days of the unofficial RM2k3 in June of 2005, to the legit English RM2k3 from Degica in December of 2013 (when I made the game page here) and finally today which sees its commercial completion and "release" (once the two week anticipation period has expired), it's been one hell of a journey. I was a wee lad of 14 when I started, and throughout all my learning and challenges, I've come out the other side a grownup of 30. Never saw that coming, but that's what life had in store for me and this little project that started as a Show Picture command test (I wish I were joking, but it wasn't even meant to be a game at first).


The day has come... After roughly 15 years of this game being a pivotal part of my life, it's time for it to stand on its own. I've gone through and finished my final(?) testing session and added on some closing credits that I'm happy with. It's been an incredible journey from teenagerdom into adulthood, and all the growing in-between.

It's still a blast looking back on the older copies of the game that I have from 2007 on, and it's even better knowing that all the hard work has finally paid off. I'm done... I'm actually done! Now begins the process of making it available on Steam for all you beautiful people to enjoy.

Sometime in June, my chain that I had maintained daily since January broke. I was watching Liberty stream and time just slipped by. Shameful, yes, but the core of the game was completed by that point, so technically, the first chain served its purpose. The game was brought to a releasable form, and all that needed to take place was beta testing.

What was found while beta testing was a whole other beast altogether. Many references to items were broken and certain other small things needed to be adjusted in order to function under all circumstances. Even the layout of the final battle was affected by faulty eventwork, but all that has been ironed out and the game is finally and truly complete.

In that time, I was contemplating cutting out the interactive chapters of Zilmurik and leaving it as a story to be read at any time. It would've saved me a lot of time and effort. What I realized while testing the final battle is that it really does lose a bit of its weight when it isn't compared to the history of the world and how it's expressed via front view combat. The theme is missing and that needs to be addressed.

So here we are - July 1st of 2019. This day is the beginning of The Second Chain. From today on, I will put work into every day until the Zilmurik Chronicles are complete. Having spent time working on both "The Most Dangerous Chicken" for the Abrupt Ending Party and "Finding A Heart" for the Rainbow of Positivity (game pages coming soon), I feel I've broken the stranglehold that the completion of "Tales from Zilmurik" had on my mind. I felt like I was done and that made jumping into new games and such suddenly a herculean task. Nowhere was this more evident for me than during the Rainbow of Positivity where I wanted to make one game, scrapped that, joined a new team, got no work done and made a new game to submit to my old team. I wasn't ready to "gam mak" again, but the spirit is coming back, and I feel confident that The Second Chain will not break!

It's good to be back.

I guess it's time to explain something.

Yes, the game is technically done, but no, that doesn't mean it's actually ready for release. If you couldn't tell by my clever blog title, there's still some deep tissue cleaning that needs to happen. Bugs need to be squashed, oversights need to be addressed, and the six chapters of the Zilmurik Scriptures need their Memorial counterparts. The entirety of the Scriptures can be read at your leisure, but now comes the undertaking of making it interactive.

I had a rough day yesterday trying to figure things out, but today is a new day and I know what needs to be done. 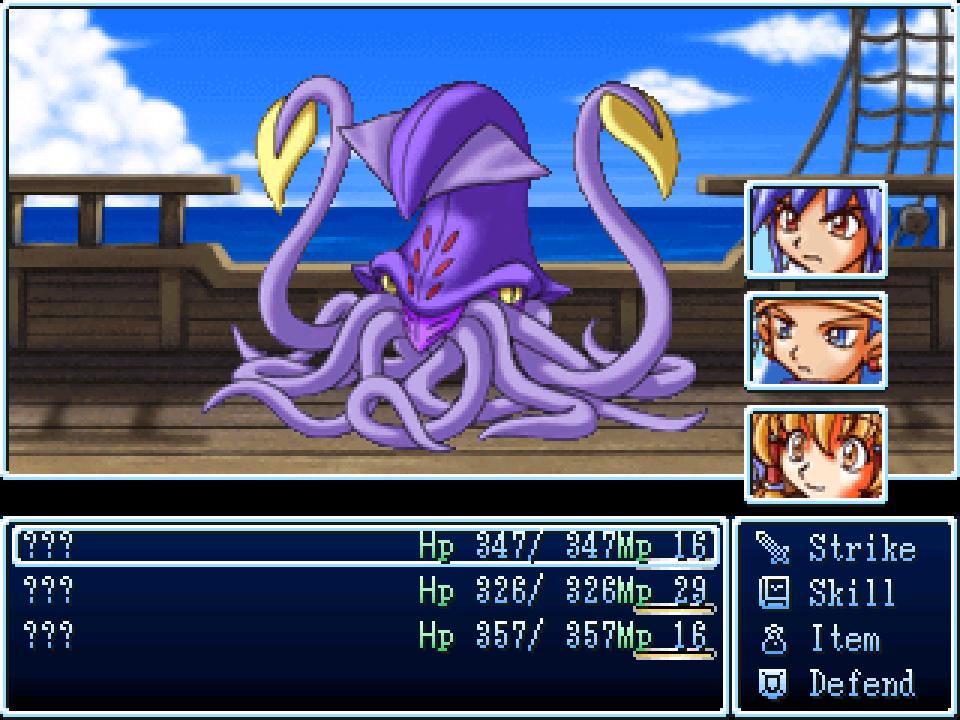 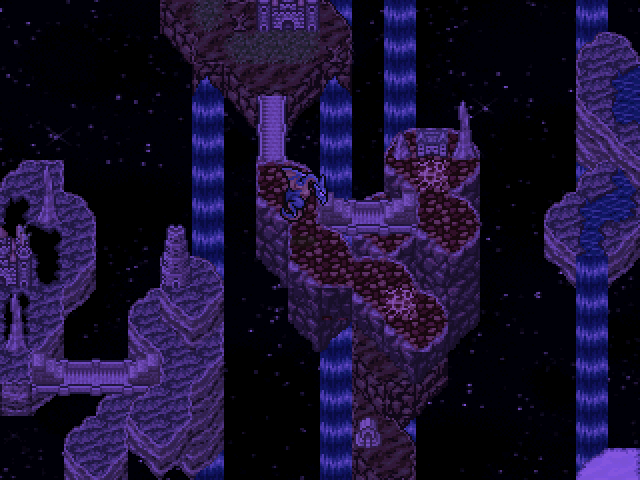 Behold, the end of all things.


Can you believe it's been 14 years (as of June) since I started working on this game? Would you believe me if I said that the finish line is within sight? Optional content aside, the only thing left to do is the final dungeon and its scenes and battles. The design document is rapidly becoming smaller and smaller and the time has come to strongly consider how to move forward monetarily, advertisement and establishing an online store page.

It's been a journey and I don't know what comes next. Where I stand now is both exciting and scary... but it's time. My projection for a completion date of all things is seated comfortably in the Summer of 2019. If you were looking forward to it, now is the time to prepare yourself.

It may be because Chapter 3 was much shorter than both of the chapters that came before it - or perhaps it was my 2019 New Years Resolution to not "Break The Chain" - but WOW! I'm already done with it! Now the game is (quite literally) on a highway to hell with this final chapter; now is when we really get into the nitty gritty of this little thing called "The Abyss" *dramatic chord, lightning & thunder*.

The party isn't quite what it used to be, but that doesn't mean that you're going to be going it alone. Whether or not you took the time to recruit during Chapter 3, you'll still get your chance to rally the troops before tackling... the Abyss! *dramatic chord, lightning & thunder*


And of course, what makes chapters 3 & 4 all the more entertaining is because this is when the game's oodles of noodles side-content really becomes accessible. You had a good quest to go on once you'd opened up the flagship dungeon of the second chapter, but now you've got optional characters, quests, loot and more - with even more being released as the plot thickens (perhaps you've found a few mementos on your journey?). SO MUCH... but it's all dictated by you and your drive to quest. This isn't a game that really beats you over the head with all the stuff you could do, but allows you to go seeking them out if you want to (something I feel we've lost in this new "achievement"-based future we've stumbled headlong into).

If you want to run straight to the finish line and see the conclusion of your quest, be my guest, and I promise to deliver every step of the way.

I'm not feeling confident enough to project a release date yet (still have a lot of business to do on that end), but I'm shooting for a 2019 release.