I would behold thine game by means of the Uazit Eye!

Hey, I was sorely tempted to call this "Walk Like an Egyptian."

Story:Every night, Re journeys upon the River of Night. At the end of his journey, he slays Apophis, who has swallowed the sun. The new day comes and goes and Apophis swallows the sun once more, and Re begins his journey anew. Now, Apophis has broken the cycle. Swallowing the sun, he has left the Duat, and Re and Seth pursue him to Earth, and he has taken control of three other gods. 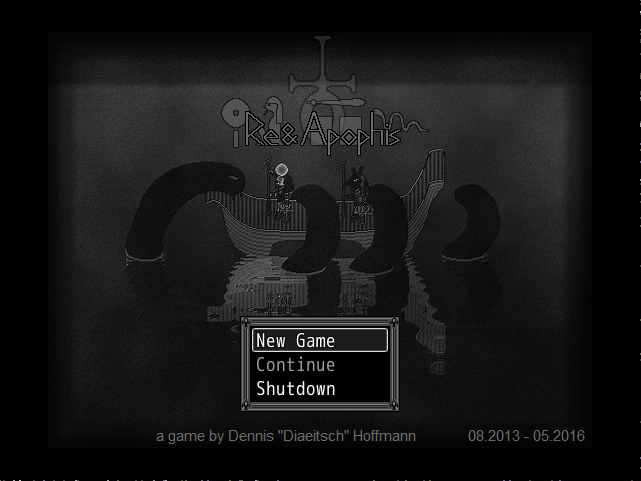 Lovely art in this game.


Writing: The story is extremely well done and nicely presented. You play as Re, and team up with Seth and Isis. The game very nicely explains you start out low powered, suggesting that your powers have been suppressed upon arrival to Earth, and that with training, they will be restored. Unfortunately, I take this as code that you're going to have to grind a lot. I wasn't wrong, either. I feel like I'm nitpicking, but for gods of the Middle Kingdom, their speech is a little informal. For the most part, they talk as one might expect, but then the following exchange happens. Seth: "That makes you kind of..." Re: "Useless?" There are little, jarring moments like that peppered throughout the game. Humorous but equally jarring are the moments when Re and Seth express themselves with smiley emoticons. It's just that I'm enjoying a very nicely presented narrative, and then I get taken out by these brief moments that just don't feel like they fit. Still, like I said, maybe I'm just being picky. These characters have a very specific look and feel, and maybe the developer was going for something a little more quirky than they ended up being. 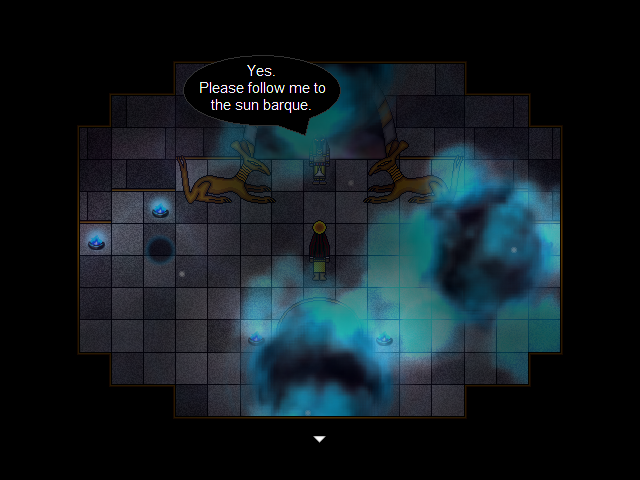 I understand the sun barque is much worse than its bite. Yeah, I kind of stretched for that one...


In spite of how the game's advertised, it's basically a video game version of the Book of Amduat. Yes, I know we're not on a river, but that's where we start, and the game does very specifically, albeit very loosely, follow the course of the Twelve Divisions, although Re's entourage isn't as large as it is in the book because, you know, eight fighters in a party would be a little silly for a video game. If this were ancient Egypt, this game might actually be a pretty good primer for a kid aspiring to be a priest. I really, really like it when media such as video games present reasonably accurate depictions of ancient mythology. That's not something you too often see.

Gameplay: As I said above, this game is grind heavy, and the bulk of the gameplay is combat. Your equipment doesn't change, but several beings disguised as humans in various towns will upgrade you for ba. Ba is basically the spirit of the fallen, and each creature you defeat drops one, usually. Occasionally, one won't drop, but for the most part, they will. For money, these same beings will also heal you and sell you restorative items. The battle system isn't too unique. You have standard attacks, magic, and a special power attack. The battle screens are very stylish, though. 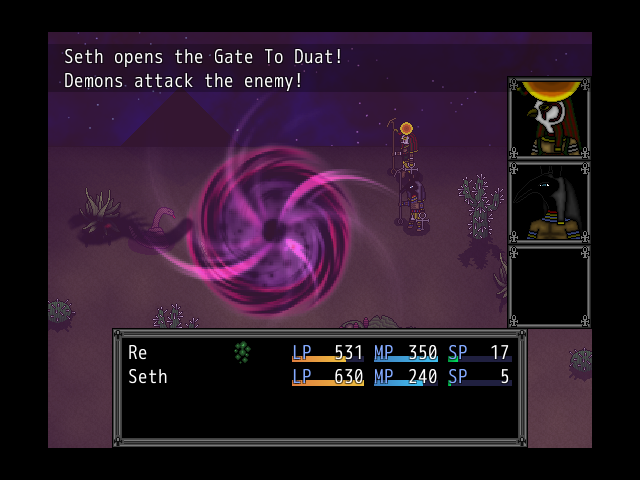 You know, I'm glad the dev didn't use the Wallis Budge version of the word "Duat". That version starts with "T".
It has a very unfortunate pronunciation. I'm so sorry. I just realized that.


Instead of a typical overworld map, you have a map on rails, which you are guided along paths to your various destinations, including areas with encounters. You can turn off encounters with Re's protection spell, but why would you want to do that since if you don't incessantly grind, you'll get your ass handed to you by enemies that are mandatory to face. Yeah, it's one of those games, and it's the only really bad thing I can say about the game. It uses standard random encounters, which can get quite obnoxious when your trying to solve a puzzle in a dungeon. Of course, that's a good time to turn them off, but then, you don't know if you'll run into a mandatory miniboss that you're unprepared for because you're not allowing encounters.

Speaking of the puzzles, I love them. They all have a very distinct Egyptian flavor. And the mirror-light puzzle that's right out of 90s "The Mummy" movies is there too. That's a neat puzzle that I really like. 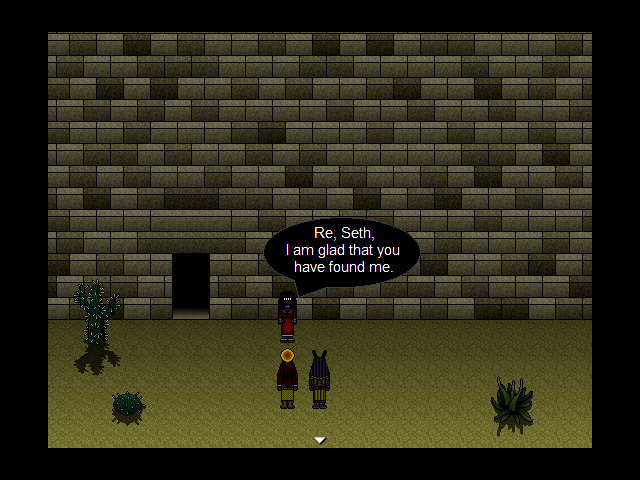 Yeah...she's not going to be so glad for Seth for much longer.
Totally saw this one coming.


Graphics: I think the graphics in the screen shots basically speak for themselves. Simply gorgeous with an unmistakably Egyptian wall art style by the developer. I was taking screenshot after screenshot because they were all so pretty and I couldn't decide.

Music: All of it is by Jonathan Stewart and appears to have been made for this game because at least one track is prohibited from being used outside the game. The game is very nicely scored by incredibly fitting music. There are a few creative commons tracks, but the tracks by J Stewart really stand out.

(I never watched the "Mummy" movies and just googled for the mirror scene.
What a coincidence. xD I took the inspiration for it from Tales of Symphonia btw.^^)
Pages: 1