Rune Rhetoric by Synonysis is another short demo on RMN that needs a review and, by the name of the pirate king Bosanti, today is the day that it gets one. To summarize, this is another standard RTP RPGMaker VX Ace game but the main characters are not default RTP characters and most characters in this game have bust images. The mapping in this game is better than your typical first rpgmaker game, for it is lacking in sample maps, autogenerated dungeons, and large empty areas. 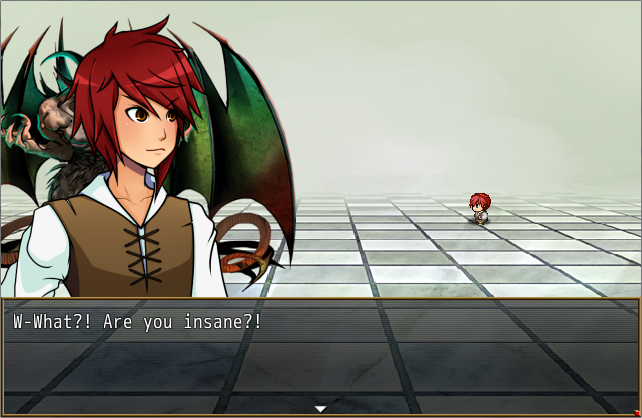 Before we can be certain that you are the Hero, you must prove your worth by getting into a fistfight with an Eldritch Arch Demon.

It's fine though, the demon died in 2 hits. But anyway, it was (maybe) all just a dream , you wake up, run a few errands then set out on your adventure. If the game was actually finished, that is. The entire demo is just your starter village and the nearby capital city. There are a few areas with enemies, but I would say that there isn't even really a dungeon in this short demo. 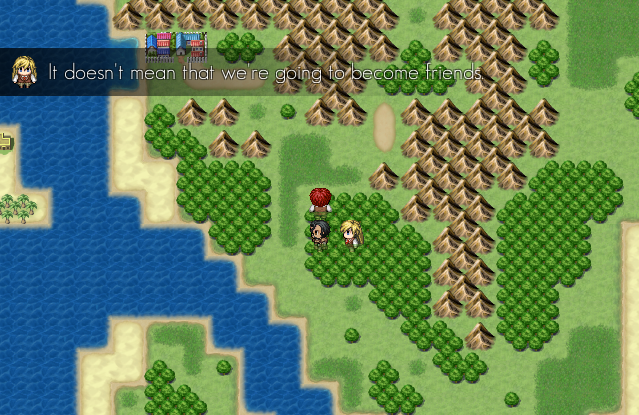 That's because the game ends before you join the party

Gameplay is mostly easy, enemies usually die in 1-2 regular attacks, though the one boss in this game managed to oneshot the main character because I didnt really bother to heal him, and the boss just suddenly came at him with some 400 damage multistrike attack. Luckily there was another party member at the time who just decided that he wanted to do multiple random crits in that one fight, so I managed to survive. 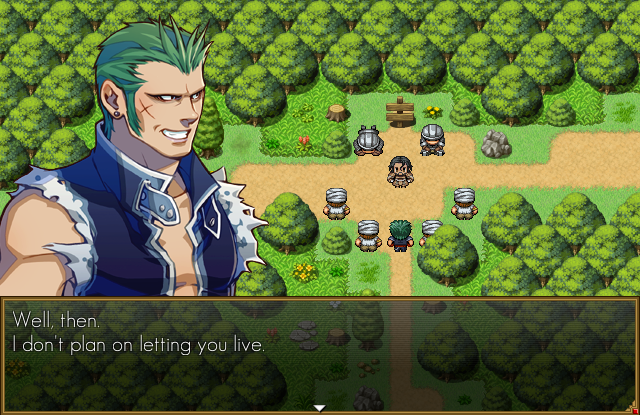 I didn't plan on getting so much random crits on you, but whatever

The game has alot of tutorial and lore NPC's as well. In general, the game's not bad for a standard RTP RPG, but the demo is too short and at the end there is an impossible fight that wasnt blatantly impossible so I threw a few potions in. Not that it matters, it was literally the end of the demo. I also got a mysterious key from a little sidequest NPC girl that I had no idea goes where. The game could be pretty good if it was finished, but oh well. 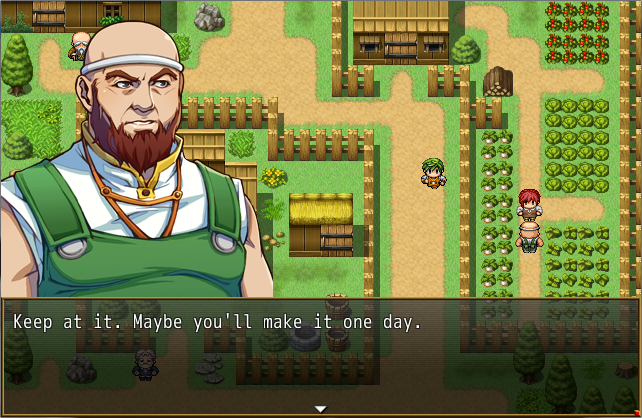 The game, that is.