The sunset never falls upon Imdahl

Hello, and welcome to another review of an old classic rpgmaker game.
This time I'll review "Sunset over Imdahl", an adventure game made with rm2k no longer than two hours, but complete, made by Teo Mathlein in 2005. This is a very popular game that even had a german translation, anyway I played it only recently even if everyone talked me about it, praising the quality of the game. So what I did not play it before?

Uh the reason is pretty simple: unlike most other famous games I played before this isn't your classic jrpg, there are no party members, no battles, no monsters, no oversized swords, no magic, no... uh ok, I guess you understand now what I mean. But then, what's this game about and how does it play? 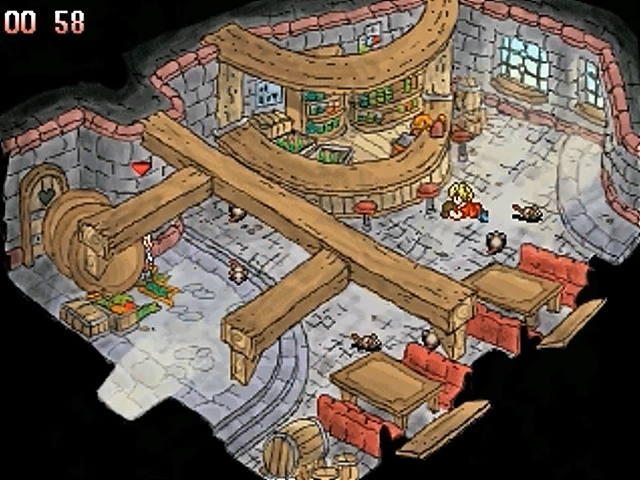 You are mine! All mine! Muahaha... uhm ok but I've almost a minute to catch the others too!

In this game we play as Lohn, the last survivor of the Plague that killed all the population of Imdahl, a town that was under siege of an enemy army. He gets the chance to go back in time, travelling back to the beginning of the year to try to stop the deadly infection from killing the townspeople. Will he be able to save his town? Play and see, that's my advice, I'm not going to spoil the story since it's extremely well though out and interesting, clearly not the usual "young hero fights the prince of demons" thing.

"Sunset over Imdahl" is an adventure, I mean a real adventure game, one of these where you walk around, talk to people (there are no facesets, not even for the protagonists of the story, but I do not mind at all), complete tasks and so on. Oh, wait there are also minigames, and they all take place in real time. Surprisingly, at least for me since I dislike minigames, I found them pretty good except for ONE that is pretty bad (I won't tell you which one, muahahaha, find it yourself!). We have Rat-catching, Bat-catching, Drinking Contest and... well Combat! Uhm it's a bit strange since we play as a twelve years old boy (uhm I don't think strange because this involves Combat, but I'm referring to the drinking contest with a kid of course!). 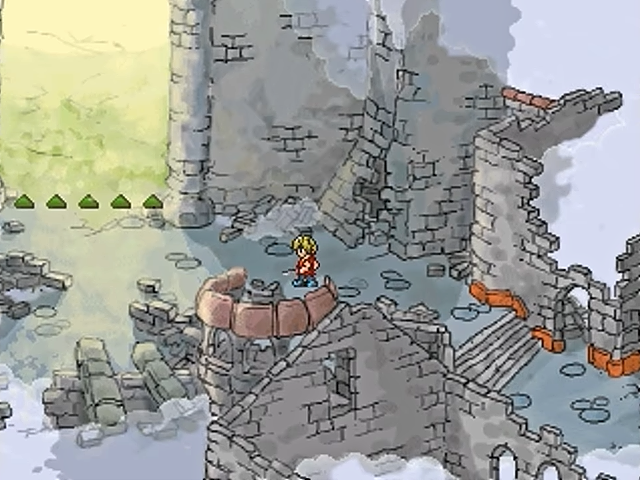 Armed and dangerous! As you can see exits are always indicated by arrows, very handy!

The game isn't just an adventure because of the gameplay, no! The visuals are also these typical of an adventure game, like those made by Lucasfilms or Sierra ages ago. Just look at the pics: the developer clearly avoided using the typical rpgmaker chipsets, Rtps or not, but chose to utilize hand-drawn backdrops over tile-based mapping, a technique that was rarely used, but in this case it is simply perfect. The various locations and visuals strongly evokes those old adventure games, also creating a world that is realistic and believable. We get to play each season, and you will surely notice the differences. Also, passages are indicated by arrows that indicate where you can go, and that's really useful even if for someone they may break a bit the atmosphere, but I think it was the right choice.

These were the maps, the charsets instead are taken from Chrono Trigger and edited to merge with the scenarios. For example Hoess is clearly a recolored version of Magus, but the final effect is coherent. I also liked a lot how these characters are animated (the the bum for example how he dangles!), and how they move during the cutscenes, giving them a lively appearance instead of having them just standing and speaking. 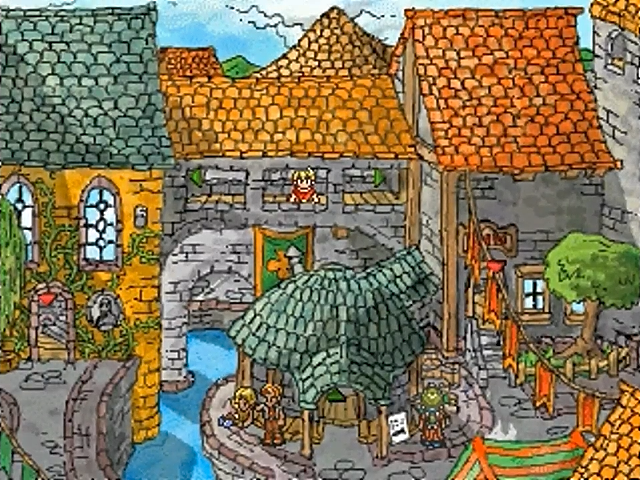 Some visuals are really magical and show that Rm2k can be used to create a classic adventure game!

Final Verdict
Despite all this time, very few games made with Rpgmaker are similar to Sunset over Imdahl. So it's still a rather unique game, both for aestetics and gameplay, with attention in every detail. This is what it is, what it's not is a lighthearted story or an rpg, but I think there is almost nothing to complain (maybe except for one minigame and the font used that I did not like, but it's ok!). Finally I forgot to mention that completing the game means getting a key for the New Game + that lets you access a secret area where you can meet the developer Teo Mathlein and have a chat.

What's funny is that if you try to access the developer room using Rm2k... well I'll just say get ready for a jumpscare (the only one you can really get from this game)!

Said this, Sunset over Imdahl is art, a real masterpiece and a really unique game with incredible aestetics that frame an original and well written story.