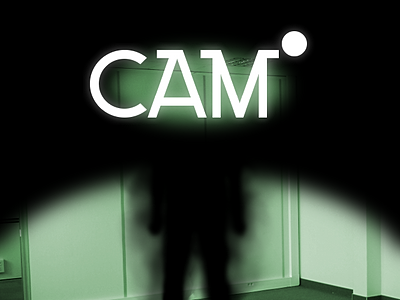 A stranger is watching.


There is something very strange about the office building in CAM, something that if you take a moment to think about will clue you in to some of the odd happenings in the building. What sort of standard run of the mill office block not only has its security system on a dedicated power loop that can be powered exclusively by the backup generators, but also night vision lenses, continuous follow capture and two way voice capability installed?

It's almost like the designers knew that one day, very bad things were going to be let loose in this place and they'd better be prepared for it. It's the office block equivalent of 55 Central Park West.

The game opens with a slightly different take on the standard title screen, putting you in the right frame of mind (pardon the pun) from the start, you do then get a quick tutorial about changing your keyboard layout for optimal experience (I chose not to and had no problems), and a choice in regard to the autosave slot, and then we are into the game proper.

The opening sequence is appropriately workaday, a series of real world internal office shots taken from alternating camera angles playing on a predetermined loop, and then the scene goes black as the power shuts down and the screams of the unseen office workers are heard. Whether it's because they are all nyctophobics or because something gave them just reason to scream is unknown.

When the security system comes back online you now have the familiar XP imagery though the graphics are all custom, done in shades of grey as you would expect through night vision lenses and the scene quickly cycles through various rooms and corridors as the security guard controlling the system looks for anything amiss. You soon find a lone woman, frantically attempting to open a locked door and get out of the building and it appears it's not just the cameras but the communication system that is still operational. 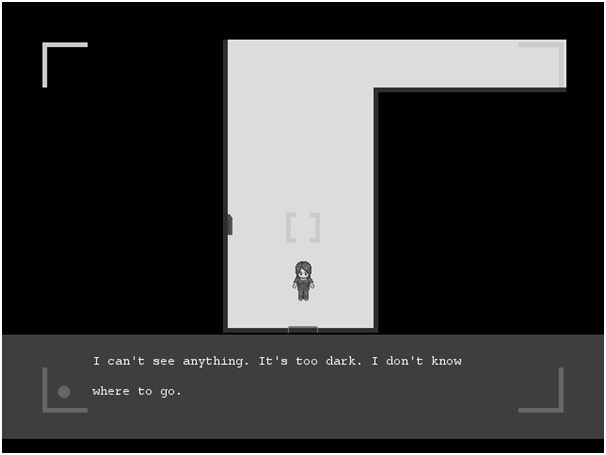 From this point on you are in control of this woman, guiding her through the darkened landscape as once familiar surroundings become a Stygian labyrinth. This is where it gets a little interesting, you aren't playing as the lost woman; you're the security guard, which means you are in control of the cameras as well as moving the woman, so you need to play the game with both hands. Arrow keys move the camera angle to follow her, WASD or ZQSD moves her, if she moves out of shot you lose the camera view and the screen goes out of focus until you find her again. As you can imagine this set-up makes chase sequences quite hectic as you need to coordinate your hands to both make her move through the angled corridors to safety and also keep her in frame whilst doing so.

There is something unnerving about being one step removed from frightening acts, a twisted voyeuristic quality that is startlingly intimate, detached physically via the medium of the cameras you are emotionally invested in the fate of the woman you are trying to save from the terrors that stalk the halls. The camera work in this piece reminds me a little of the found footage genre that had its bloody birth in Cannibal Holocaust but its popularity in the Blair Witch Project, though this carries with it the additional impetus of immediacy that those films did not, removed as they were both in distance and time. 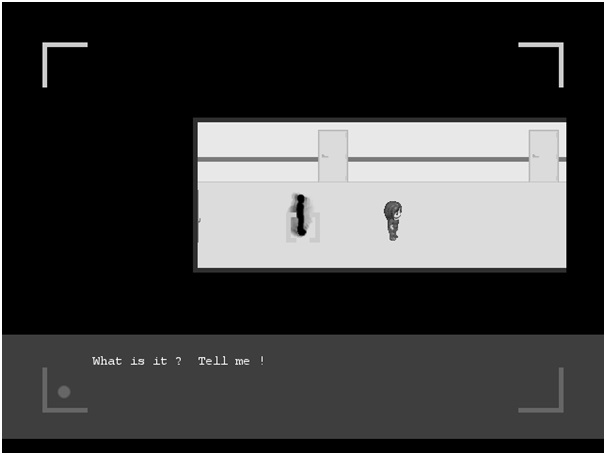 Trust me, you don't want to know.

Whilst the stylistic choices and control layout are innovative and offer a fresh feel to an XP game, the reduced menu options are a little less polished. You have no access to the menu during the game, and though each transition from one map to the next triggers the autosave so you never lose anything in regard to momentum if you cannot save the woman in a particular sequence you simply revert to the earlier save, this inability to access the menu means you can't exit out of the game. The classic F12 to title screen still works, but the title has no option for exit, so in order to leave the game you have to crash out, which always feels a little sloppy to me.

Another thing that is also unfortunately sloppy in the game is the language. This game was originally written in French and has been translated, so some leeway is always given. However whoever did the translation did an uneven job of it using mispronunciations such as 'gonna' in conversation which shows a level of familiarity with the spoken language but then offers up some spectacular misspellings to show a less firm, or at times even nonexistent, grasp of the written form. 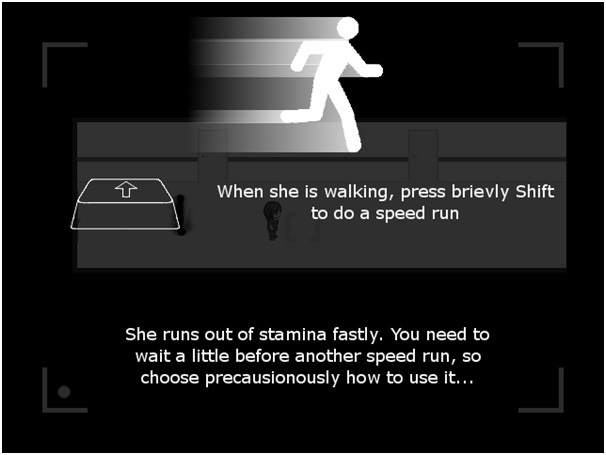 Precausionously? I don't even know what word they were aiming for.

As you progress quietly down the building from the 7th floor where you began you are confronted with varying forms of shadows, each of whom have their own particularly creepy sound effect and/or music attached. In fact the only time you are introduced to any sound of particular import in this place is when the shadows are on the scene. There are a few variations on the first you found that chase the woman, other seem to patrol corridors and rather than having to run, it's now a sneak mechanism that comes into play, still others seem to simply follow almost as if they are curious and they have to be dodged around in order to reach whichever door will allow you to progress. The lower you go the harder this becomes as the floors steadily become more and more populated with these wandering shadow creatures, and whilst it is easy enough to sneak around the patrolling types given enough time, if you also have a follower on the same floor you need to ensure it doesn't touch you whilst you are waiting for an opening in the patroller's movement between you and the exit.

That in itself is another issue, most of the floors have multiple doors, and only one on each will lead you to the next map, and not all of the correct choices have a handy if subtle exit sign above them letting you know that is the way to go. As the security guard who is supposed to be aiding this woman in her escape you let the team down here as other than a few words of encouragement and an explanation of what you are seeing you don't actually offer any solid direction, which give she is blundering around in the gloom of an unlit and windowless office block is actually what she needs more than anything else. Telling her everything is going to be ok is no doubt reassuring, telling her 'take the first door on the left' is much more practical. 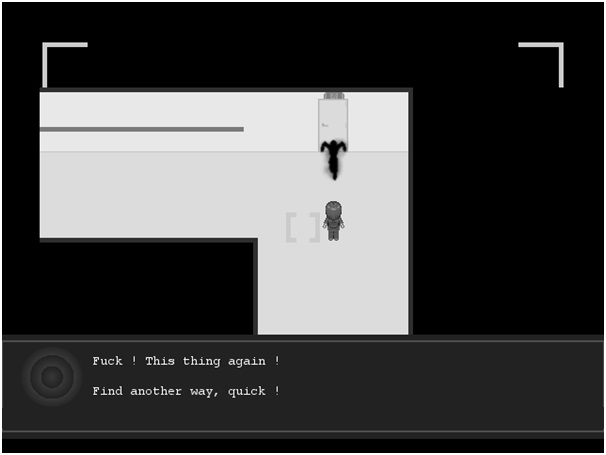 Find another way? Security dude that is not helpful.

Though in the same vein who puts the alternating stairs at opposite ends of the building? Was this place designed by Escher? Actually given what inhabits it I'm thinking this entire place is the lovechild of Escher and Poe. Still after dodging, running, hiding and falling through a completely ridiculous hole in the floor, our unnamed woman finally makes it to the ground floor and the foyer of the building, and is then faced with wave after wave of every type of shadow she has been avoiding throughout the remainder of the office. The last sequence is horrendous both in the sheer number of enemies who appear and the Olympic level finger gymnastics you have to accomplish in order to get through them. If I didn't know the end was in sight this is the area that would have finally made me rage quit. I did in actuality crash quit out of it a number of times at this point and go and play something else before returning to finish it in the hopes that I would get some answers. I didn't. All I received for my efforts were the credits, and the obligatory 'the monster still thrives' end scene.

CAM is an interesting piece of work, elegant in some places, sloppy in others, innovative in its use of alternate interaction from the player but lacking in execution. What it doesn't lack is aesthetics. Drawn from a minimalist palette it still manages to convey fear and horror without the need for blood soaked walls and, with one introductory exception, piercing screams. If I could sum up this game in one word it would be understated.

If you like your horror a little more refined and you have a fair degree of manual dexterity I would recommend playing CAM, if you can't manage the second part I'd suggesting finding a LP and just watching. It would be in the spirit of the game, after all.