A game that is and isn't Final Fantasy at the same time!

Final Fantasy. Ok, I am the RpgmakerAddict but also a FinalFantasyAddict.
This game isn't Final Fantasy because... well it's an Rpgmaker game but there are also some things that are not typical of the Final Fantasy games such as a weird experience system (well, seems that it WAS used in FFII, but that's it!). BUT at the same time this is a game with Chocobos, Gil, a hero with a sword and a bizarre haircut, weird party members and so on.
Is it a fun game? Let's find out!

The Good
Final Fantasy: Endless Nova is a fan game that is NOT inspired from any Final Fantasy game creates a new world with new characters. The universe is a sci-fi world where swordsman and mages still exist, nothing really different from FFVII and FFVIII, still this is original and new. The hero is a cross between Cloud Strife and Han Solo, a swordsman that is also a smuggler/mercenary and has a non-human companion too... Motor, a female android! They are soon joined by a varied cast that includes martial artists, thieves, mages and so on. Typical but at least you won't see familiar faces. Characters are interesting and most of them have custom charsets, unlike the npcs that are the standard Rpgmaker charsets.

The game is full of combat but there are still activities and diversions. You can also ride Chocobos, find treasures and collect rare items. It's really impressive for all the content, secrets and things that you can find.

There is also a lot of attentions to the details: even the menu sounds are taken from FF! Speaking about sounds and music, they are a good selection, and I especially liked the music on the main menu.

Combat is like in Legion Saga II: big enemies, no battlers but animations of the characters using weapons or skills. But here I see that the author did really a good job as he selected some enemies typical of the serie that veteran players will surely recognize, like the infamous Bomb, Cactuar and Tonberry, but there are also helpful characters that can be used against them, like Shiva, Siren and other beings that can be used to summon various effects. Difficulty is well balanced in my opinion. 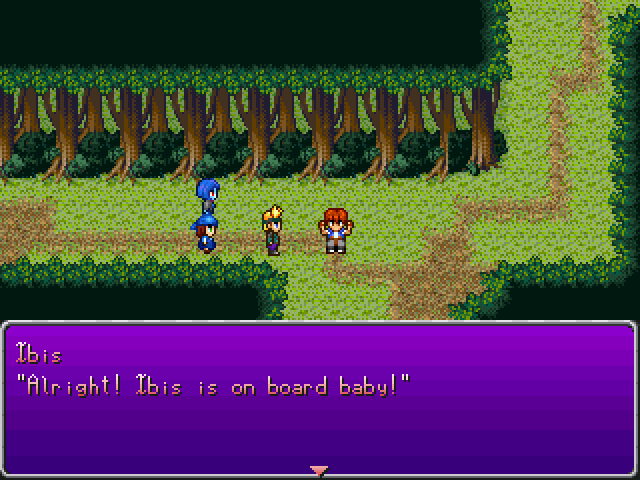 The... uhm, ok
First: some maps are not that good, ok they are decent but feel too big and empty, also there are a lot of charsets you've already seen everywhere. Pity since the protagonists are instead unique even if they lack facesets and it's a pity since they could have had more expressiveness (like in "The Way" serie), and sometimes you have to read carefully to understand who is talking. Other games do without, for example "I Want to Bring Her Back to Life but I Don't Know Where to Start" that I've already reviewed, but that for example has a lot of animations that makes characters more lively.
Graphics are not bad but not memorable too... it's ok also because we know that Final Fantasy is a mix of different settings (FFVII had a dark futuristic city, an oriental town and also a medieval styled village), still I'd have liked to see more "character".

Second... random encounters! I know this is typical of Final Fantasy games still I don't like them so much. But hey I think that this is ok.

Then, the experience system: you earn random bonus to the characteristics for example agility if you flee, muscle if you fight and so on. It works but hey this is not from Final Fantasy! 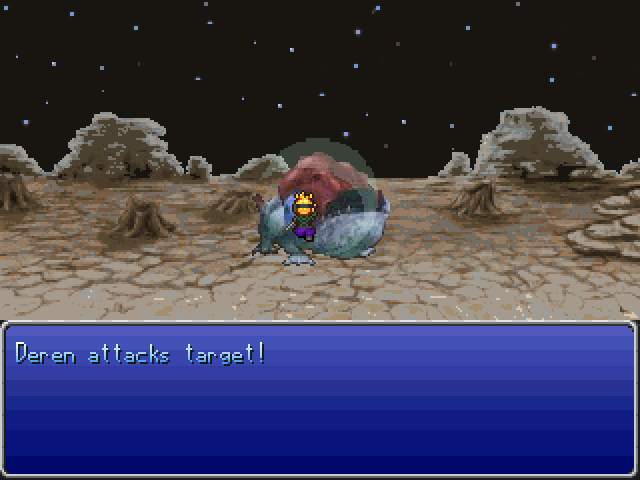 The Bad
Beside the SLOOOOOOW speed on the world map, a thing I hated most was the fact that you are forced to learn the "Wisdom skills" from your opponents to defeat some bosses. Nothing wrong with this but in order to do that you have to buy spheres (100 gil each) and these often breaks (maybe I was really unlucky!) so you have to go back to the shop and restock more spheres and then re-try and so on... I hated that and that's mandatory to progress as even leveling up you won't be able to do anything against the stronger opponents without those skills (and first you have to FIND where you can learn them!).

Then there are also some typos ("I won't loose"> lose. and "I was exited"> excited) but nothing terrible. It's a shame since the game is good.

The last thing of this game I did not like was the menu: you can access the inventory anytime BUT you can never save (even if the option is listed) because you can only save interacting with the "alien savepoints" (or anywhere on the world map). But doing that merely access an options menu (where you can also change the windows colours) and here you can choose to save! Ok, I do not expected a "save everywhere' situation, but I would have preferred simple savepoints with no menu.

The Verdict: these are not the Warriors of Light, but it's a good game!
With an epic tale and a nice setting, maybe not always presented in the best way, Final Fantasy: Endless Nova is still an impressive work of love and a good game to play still now that there are lots of similar games. This is original but still faitful to the genre and I had fun playing it despite some "clunky" design choices that lowered the score a bit. The game is also old, so sprite and charsets aren't probably as good as those that can be found today (those from the Record Keeper would be better, for example), but the author did a great job with the few resources available.
This is a classic, and surely one of the best, if not THE best of the Final Fantasy themed Rpgmaker games available!

Close
02/14/2019 10:13 PM
Actually, the levelling system IS from Final Fantasy! It's from Final Fantasy 2, where what you did in battle determined your stat upgrades. It's very different from other FF games, but that is where it comes from.

Also, as to why maps were large is due to the era the game came out in. RPG Maker has had a lot of time to come far when it comes to design sense on the engine so in the latter years smaller is considered better when it comes to mapping, however we went through a time where larger was pretty much par for the course when it came to mapping. You'll find this in most older games, unfortunately. It's just how the community was, back then.
TheRpgmakerAddict

author=Liberty
Actually, the levelling system IS from Final Fantasy! It's from Final Fantasy 2, where what you did in battle determined your stat upgrades. It's very different from other FF games, but that is where it comes from

Oh thanks for the clarification! Hm it was a system used only once so it did not become one of the tropes of the serie. Anyway in this case I'd have preferred they would have kept the usual leveling system (even if this is clever and innovative) as it feels more "Final-fantasysh". To me FF is leveling (but never level Aeris!).

author=Liberty
Also, as to why maps were large is due to the era the game came out in.

Yes, I know that and the same is for the sprites used...still I did not have the same problem with all the locations, some are ok and others good and pleasant, (and same goes for other games of the same period). As you can see I placed this on the "ok" section as this is not really a problem for me but it could be for some other players that prefer a more "modern" or detailed scenery.
Pages: 1