So time is flying a little too fast, being a third of the way through July just about. I hope to get work on acts 1 and 2 done by August 24th. It's not a must, but a good goal since that's when I go back to college. It's been about two weeks since my last blog and I already have plenty of things to share. We'll start with this: 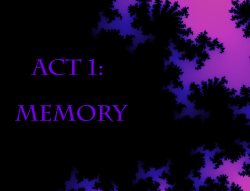 The game that's out right now is Act 1, and it'll be included in the extended edition of Perspective of course. You will, as of right now, be able to skip act 1 if you've already played it. I'm focusing on Act 2 at the moment, but I am still looking to touch act 1 up a bit. A change of how the player can save is necessary, and I also want to actually, physically write out how I want the intro to go. I'm actually pretty happy with some of the intro scenes, so it'll stay intact. But I hope to improve the narrative, and also make the conspiracy part of the story a bit more relevant to the player and emphasize the fact that a memory level is a separate story from the overall narrative of Perspective. Perspective was mostly about discovering your attribute and solving the mystery of Mr. Anglow's memory. That tease at the end is an example of how the conspiracy clues will largely affect the OVERALL story of the game.

So other than the narrative of act 1, nothing much else will be changed. New, future gameplay mechanics will be introduced in act 2 and later. You can expect attempts to increase difficulty and some things to help replayability. Adding any of these things into act 1 won't really work, with the level being finished already, it's not always a good idea to pack more stuff in. I'll be introducing a lot of stuff in act 2. It's a great first level to start with, so it'll stay where it's at mostly. 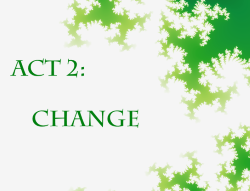 So act 2 will be a continuation of the story as well as where I start adding many things to the concept. As of right now I'm working on the cast of characters for each memory and their respective graphics, as well as fresh graphics for the main cast. It's the very next day, and four patients have been selected for Amelia's memory spectating process. Each with an issue regarding spirit activity, each in a different region of the "Desert Countries". The anarchic pirate islands, the desert of Savel, an abandoned docktown on the border between Amalasuintha and New Valorius, and a research facility in the harsh cold of the Lisbit mountains. A lot of different locations being detailed, as you can see. You'll get a look at all the regions of this continent, relatively speaking.

The country on all the desert countries' eastern borders is New Valorius, a location pretty much barred from the player, with only a peek planned in the future. Readers should know that this is not the world of Perspective, however Perspective more so takes place in this world. I don't want to keep saying this, I feel like I have anyway, but I have other game concepts brewing that I have planned to take place in this world. That's not important right now though, as I don't want to overdo a whole series or anything. I'll just say that I have quite a few ideas, each a whole new gameplay concept. But heck, I don't know why I'm saying this other then it felt like a good time to mention it :P. Onward!
Gameplay Additions
Here's a list of planned additions that will be introduced in act 2:


Community Levels
The state of the process I use to make a level is always changing. But it's very possible people can write a mystery, with the clues, characters, maps, whatever. Maybe even put it together themselves. Act 3 is planned to have a bit more freedom in exploring the world in real-time, specifically a location in each region. Amelia is given more control over the office, and you can find some "side-quest" patients. I'd rather not say anymore about Act 3's additions, but I will say that I have been thinking about community levels, however I know full well not a lot of people have played this game as of writing this. This is just an idea for the future, and if someone was interested in getting some levels into the game... :P it's an idea I thought I'd share here.

OKAY! Time to get back to that cast, get it a full cast for each memory. Which probably means about 100 character graphics total. I know I can do it, that's not an issue. But it IS a lot. Hehehe, this is going to be fun! Alright, time to cut this blog short. Any questions, feel free to comment!

I'd like to add a suggestion for when you rework the tutorial intro. For the scene where the box falls into the grass, you should include instructions that the player is supposed to interact with the circle as it's flashing, not after. Personally the first time I saw that I thought I was just supposed to remember where the box fell, then investigate after exiting the timed scene.

I mention it because the friend I kept pushing to play this game said that he got stuck in that intro, not knowing what to do, then quit. It sucks that he stopped playing because of that, so it'd be great if you can fix it for future players )=
outcry312

This all sounds great (and a lot of work) and I like the direction you're going. I do also think that randomisation in this type of game has to be done with care, I mean a dungeon crawler with rogue characteristics is all fine and good and it fits the model. Yours however is balanced so if you are going to randomise certain parts you'll have to ensure that each possible permutation still allows for completion. Unless of course the only clues you are randomising are the dead-end ones in which case it can be much less controlled.

In any case, I'm looking forward to Act 2 and beyond.
outcry312

- I've got a solid outline of the cast, however I imagine I might be off a character or two depending on if I want to add in characters later on. But I've got a cast of around 130 characters who need graphics in Act 2's set of memories. I thought I'd explain as well that I don't plan on repeating a single character graphic. There will be a character graphic for each character which explains the large amount of graphics necessary. I use a generator though, so it's not too bad. I'm holding off on making them until the next order of business:

-Rewrite of Act 1. I intend to go in and rewrite the entire act 1, and even go into the level and rewrite most of the dialogue as well as add a bit more life to the characters. Judging by how long it takes me to, uhhh... do things, I'm hoping I can get work on Act 1 done by the end of July, and planning and preparation work done by the time I go to college. That work includes the character graphics and mapping.
Pages: 1