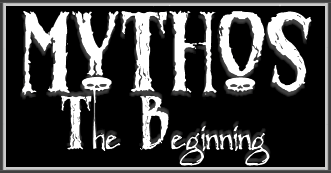 0 reviews
Save to Dropbox
The gameplay mechanics in Mythos: The Beginning are inspired by classic horror tabletop games such as Vampire: The Masquerade and Call of Cthulhu and are designed to emulate a pen and paper role playing experience.

Combat represents your character's skill with their .38 Special revolver. When you attack an enemy, your Combat score determines the base amount of damage you will deal. It also determines your base chance of hitting an enemy. The damage formula is based on simple dice roll with a d10.

Guts represents your character's vitality and their will to survive. The Guts attribute is used to reduce the amount of damage you receive from enemy attacks.
It also determines the rate at which you recover Stamina during battle.

Intelligence represents your character's brainpower and logic.This attribute determines the base damage you will deal with psychic attacks. The damage formula is the same as the one for physical attacks, except that it uses Intelligence as a modifier instead of Combat. A high Intelligence score also allows you to bypass certain puzzles without solving them.

Sense represents your character's general awareness and willpower. This attribute reduces damage you receive from psychic attacks. A high Sense score also allows you to detect items hidden around the environment.

Agility represents your character's speed and motor skills. It determines how many turns you get to take in combat, and how often you will be successful at fleeing.
High Agility also increases the accuracy of your attacks.

Luck represents how often fate smiles upon your character. A high Luck attribute increases your chances of inflicting a critical hit, and also helps to prevent you from sustaining negative status conditions.

In addition, each character has a fixed Stamina value, which represents how many actions they may take in combat before getting tired. Stamina works a little like MP does in a typical J-RPG, except that it is recovered naturally during the course of the battle at a rate determined by the Guts attribute.

The player can increase any of these attributes by spending EXP at a Save Point. They can earn EXP from defeating enemies, but it is also earned by successfully using non-combat skills -- Persuade, Subterfuge, Occult Lore and Investigate.