Another adventure, another day reviewing a classic game of the past: Forever's End is probably a game that does not need a presentation, but it's always a joy to revisit these old classics! Without further ado let's begin this review.

The story starts with the Epoch attacking a foreign country on the orders of his king in order to retrieve...

Wait. No, this time I am correct! Whatever...
Yes, Forever's End is an homage to the classic jrpgs, and this is just one of the cliches/references to these famous games (and also to some Rgmaker classics, like Demon Legacy, rapresented by the presence of a grim and old demon-hunter named Slade!). 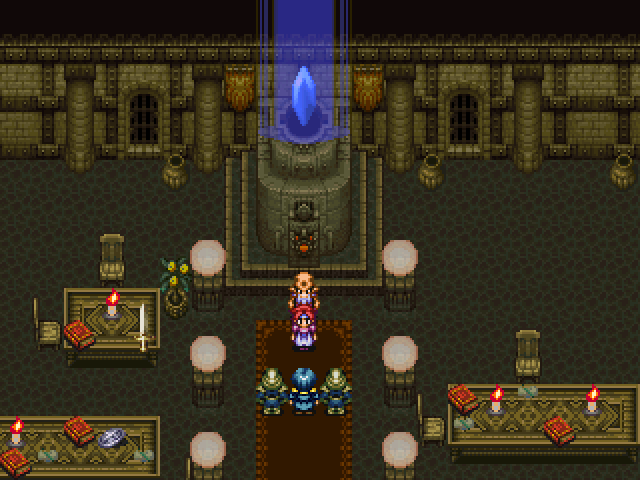 There is a magic crystal, an evil empire, but surprisingly these soldiers aren't named Biggs and Wedge! (No, really! They are Claude and Burns!)

But Forever End is not only a love letter to the old classics, but also a solid jrpg: there are others playable characters besides Epoch, different and well presented, that evolve during the course of their scenarios and adventures. Obviously they are really different and possess distinct abilities that will be useful during the game, considered that there are many hostilen creatures on the locations visited by the heroes, and thankfully NO random encounters at all, and that's clearly another merit of this game.

So you will explore dungeons and other dangerous, and fight those enemies in a classic but well organized side view battleground with large enemy sprites and nicely animated battlers of the heroes (Treasure of the Rudras sprites... well yes and for example Epoch is a blue clone of Rostam!). System is classic but complete: there are simple attacks, special attacks (like Epoch's sword arts that can also be improved), elemental spells and a sort of limit break too! You can also use some crystals in order to "scan" the enemies. Of course there are also Bosses that require use of strategy and the clever use of the character’s unique abilities, there's even one boss even switches his element after some turns.

The difficulty is ok, not a walk in a park, and quite challenging but also not impossibly difficult or frustrating, in my opinion, just avoid wasting consumables as much as possible. Oh yes, you can't save anywhere but only when you find a save points, but trust me, there are plenty of them and they are well distribuited, so there will be no problems at all with this. 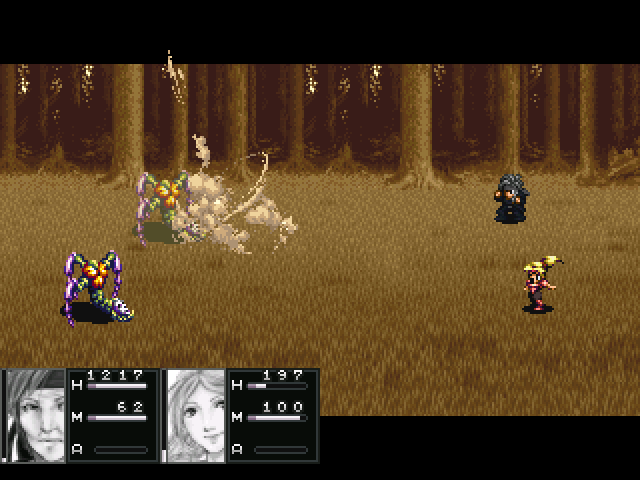 TAKE THIS! And suffer, evil beast!

So the battle system is classic but well done, anyway it's not the only activity that will be found: there's also monster hunting, exploration, puzzles and other optional activities that can adds to the basic and still pleasant gameplay. Anyway I suggest to do t least some of them since these are useful to earn extra experience that will make the game far easier (especially if you complete them all!).

Graphically the game looks very good, it is colorful and all the resources merge well together, some sprites comes from Treasure of the Rudras, others from Final Fantasy VI, but there are also some portraits that are very pretty and fits with the caracters, and I liked especially Elise and Slade facesets.
Then there are these custom fullscreen drawings that really enhance the atmosphere, see for example Marcellus' arrival below. The style is fitting the game and well, it's a good choice that gives character to the adventure and the setting. 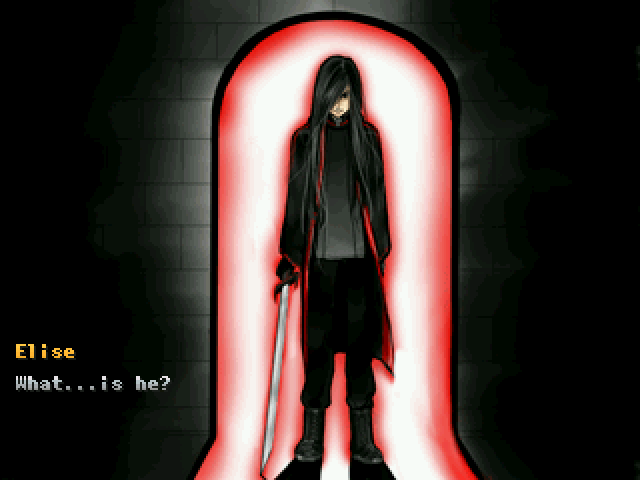 What is he? He's EVIL! What else do you need to know?

Mapping is pretty good, even if not exceptional: there are some places that are detailed and very well done, others that I personally liked a bit less (like the sewers), but in most cases the quality goes from above average to good.

Music is, like the graphic assets, borrowed from Final Fantasy and other games, but I assure you that every song and theme is carefully selected and appropriate to each event or location. You can't go wrong with the classics, but of course you need to use them appropriately, and this is the case. 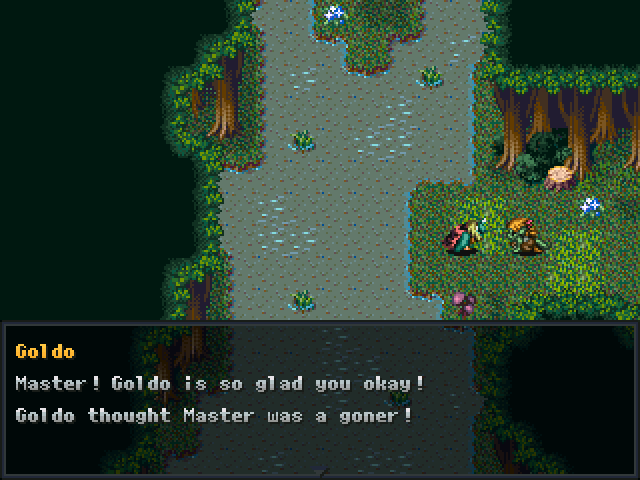 Final Verdict!
Technically Forever's End offers nothing new. But it's like if FFIV took a different direction after the introductive chapter, it's like a sort of is mixture of various Jrpgs of the “Golden Age”, the plot is nothing new and you probably won't be surprised by the events that will occurr, but the end result is a game that's really a joy to play, especially after the first introductive dungeons that are just a prequel to the real adventure and gameplay (and the part I liked less, but games gets better and better as you play).
On the final note, this game is just one episode, an unfinished adventure that nonthless deserve to be played from anyone who liked the Final Fantasy series and similar games. Oh yes it's "more of the same", still it's really well done, detailed and professionally made.

In the end the features and quality greatly surpass the small flaws. This is a good game: 4/5