3 reviews
Save to Dropbox
A woman stands alone. A promise is forgotten. But today, that will change…

A mischievous mercenary from wintry Garenia and her long-suffering sister set aside their differences to compete in a tournament of arms. But when an old friend appears in the company of mysterious relic hunters, the past can no longer be denied. Sacred Earth: Promise is a four- to six-hour visual novel/RPG experience set within a fantasy world of floating continents and ancient ruins, with a dynamic custom battle system and a compelling cast of characters.


- Three playable characters with their own animated sprites and special attacks.

- Tactical, fast-paced combat: Utilize multiple-hit Chain attacks to build up your EX Gauge and expend it to unleash powerful Burst attacks or heal with EX Recover.

- Two ways to explore: Transition between traditional tile maps and the original boardgame-style Symbol Map system for dungeon navigation. Manage your Travel Points to evade traps and gain the initiative in battles, and enjoy party interactions in the field.

- 10 side quests, including clever puzzles and challenging optional battles.

- 21 full-color CGs. View them all in detail after clearing the game.

- An engaging presentation with moving portraits that displays conversations between up to four characters at once, with anytime-save and backlog features.

- Fully explore the game's world and quests and unlock the true ending.

- Try to solve the mystery hinted at after the credits to learn a main character’s most important secret! 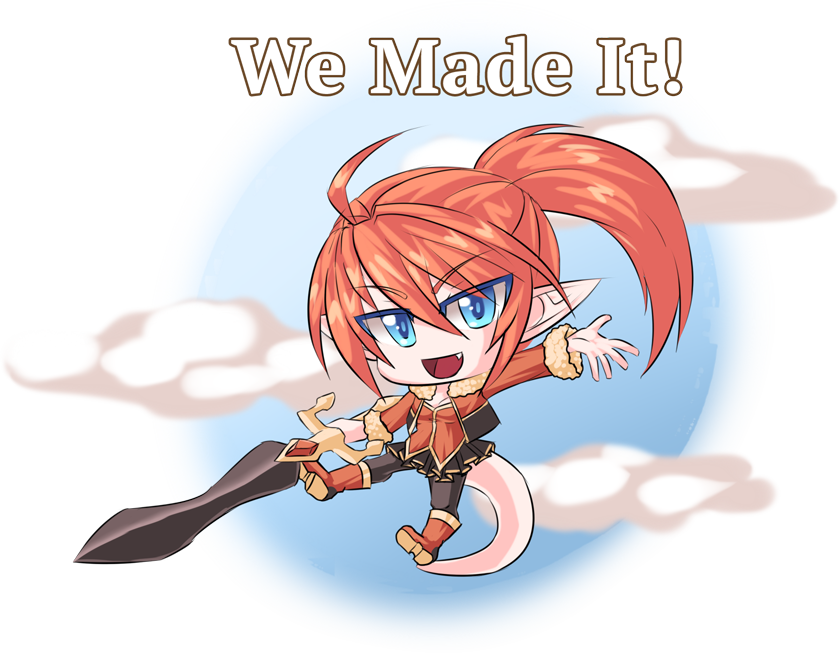 Well. It's been four years since SEP first was made as part of the IGMC. But it's been even longer than that for the SE series as a whole. Since the days of GW and beyond. Back when I was first making trash like Mystic Legends and Axis Saga.

After all of that, SE has finally gotten a commercial release. I still feel like the game is rough, despite all the time I've spent polishing it. But all the same, the game has been released.

You can find it on Steam and Itch.io here:
https://store.steampowered.com/app/938100/Sacred_Earth__Promise/
https://miragev.itch.io/sacred-earth-promise

A big thank you goes out to the RM community for all the help I've gotten over the past, what, decade almost? People have come and gone, but I've taken the lessons I've learned to heart, and I'd like to think that this release is a culmination of all of that.

So once again, thank you.
Typical conversation event. More than one portrait is shown on screen now. Makes things more lively.

Sometimes, you get a break from the Symbol Maps, and can walk around for real. Gasp.

At some point, an actual menu was added.

the art combined with the dialog is really making the characters more interesting. tho sadly a lot of words the average person doesn't use does sometimes make understanding a pain.
like "puissance" 100% sure that's the first time i heard that word

a part of me wished your character would get respect on a wider scale for what she did. rather then just your "friends"

author=Firecat1311
The first thing I always look for in an RPG (besides the combat system) is good characters, and I have to say you nailed that bit.
In general I just had a lot of fun with the two hours I spent playing this; the mechanics are very nicely balanced and the writing is great. Definitely looking forward to more of this series.

Thank you. We hope to create a more entertaining experience with the enhanced version we're working on.

author=magnaangemon01
Any tips on beating the first boss in the arena. They like stomped me into the ground.

The first boss in the arena have the same elements you do. Have Perrine use Air Aura on Priel, Magic Reinforce on herself, and then attack Balcruade with her normal Chain or her wind spell. Avoid using her light spell on him as he resists it.

Have Priel use Gaia Aura on Perrine, Might Reinforce on herself, and then attack Zuleika with her normal Chain or her Earth spell.

If you have EP to spare, use Magic Break and/or Might Break on either opponent. This is will reduce the damage they do. Barrier Break and Guard Break will make them take more damage as well. Those spells are not useless. so use them if you have a spare moment and enough EP.

When you have enough EX built up for either of your characters, you should probably use EX Recover, but if your HP is high enough, you can opt to use their offensive EX skills instead. Don't use Perrine's Saint Flare on Balcruade. Use it on Zuleika instead. You can use Priel's First Trigger on either.

It's all about covering your weaknesses, attacking the right opponents with the right characters, and using your EX when it's available. Once you find the rhythm, it's fairly simple. 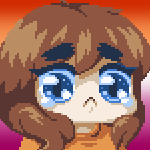 Close
05/15/2015 11:44 PM
The first thing I always look for in an RPG (besides the combat system) is good characters, and I have to say you nailed that bit.
In general I just had a lot of fun with the two hours I spent playing this; the mechanics are very nicely balanced and the writing is great. Definitely looking forward to more of this series.
Skie Fortress

author=Rebezion
Did you draw that city map / the other forest-city one as well ? if so, how long did it take to complete ?? :o)

I did not. Actually none of my art is featured in the game, amusingly enough. Those two BGs were used with permission from the artist, so I can't give an actual timeframe on them. Sorry!

Please do! Let me know what you think!
Rebezion

EDIT: Forget it, now it works fine. It seems it was just a temporal bug...
Skie Fortress

author=Ilan14
I just downloaded the game and something wrong is happening, just when the second
battle of the game is about to start, the music fades and the game shuts down.
What is happening?

Is this happening from the dropbox link? No one has reported anything like this since it's upload and I've gotten numerous confirmations of people finishing the game. I've tried a few times myself just to see and I can't reproduce this.

Have you tried again? You wouldn't happen to be running a mac would you? Are there any error messages? I can't think of any reason why it would happen.
Ilan14

Close
07/16/2014 07:45 PM
I just downloaded the game and something wrong is happening, just when the second
battle of the game is about to start, the music fades and the game shuts down.
What is happening?
kartersaint But good to see your game in here.
Skie Fortress

Close
06/30/2014 01:54 AM
Downloaded game but when I start to fight after the first encounter the game comes up with an error message and game stops - can you help please
Railkune

Close
06/28/2014 02:02 PM
Oh, I remember this game (or rather, SEM itself). Although I think it was SEB back then? Anyways, I'll be looking forward to this one for sure. Just going to sit here and hope for a Gunnar cameo.
Skie Fortress

author=J-Man
Is it later yet? :P

'Later' has probably become 'use all the time we have to add additional polish'. If we have the time, may as well use it. |D

Sorry for the inconvenience, but better to put out a polished product than a subpar one!
J-Man

I bet the ending has something to do with Priel waking up from a dream with Gunnar looking over her saying, “Hey, you can’t have your own game, Priel! I’m the star; fans love me. Get out and get back on the bench like the second grade character that you are.”

Yeah, I was going to say, without Gunnar around, this entry is just pure female eye-candy, lol.
Pages: first 12 next last