The A is for ALRIGHT Overview
In case you missed reading the description and went straight to my review (why would you do that?), here is a brief overview of the game.

Your hero (a baby!) must descend 26 levels in a dungeon to defeat the Evil Lord (he arrived 20 years early, hence the reason why the Chosen Hero is still a baby). You will encounter standard RPG fare of skills, equipment, leveling, side-view battle system etc... - nothing terribly unexpected (but that's not a Bad Thing!). As you level up, you get to assign points into parameters to increase your stats. You can eventually hire some helpers, too.

You have:
HP
MP
Brawn
Brain
Bulk
Bustle
(I admit I adored the alliteration)

There are 3 difficulty settings, but naturally I went with Hardcore (because I am Hardcore).

You can recruit additional party members after unlocking a class AND having a soul stone to summon them. This helps!


Gameplay
Battles are fast-paced. The commands and abilities were straightforward to understand and use, making determining strategy a fast and satisfying experience. Laying waste to zombies and cute slimes as a baby has its perks, too. (The baby has one hell of a vertical!). The standard attack though was powerful enough and fast enough to almost always be the most efficient way to finish a battle. I found myself spamming Enter a lot of the time, even after gaining several skills. Plus, skills were hella-expensive to use! The first skill you get wipes out half of your (starting) MP per use. A bit more depth in the skillset and more reasonable MP costs would have been appreciated. I couldn't fathom trying to play this as a mage - having to invest points for paltry amounts of MP, Bulk (defense) and HP so that you can survive the inevitable hits, and Brains to do actual damage with spells, plus buying skills to use! Expensive and unbalanced. Brutes can be fast (rarely hit!) and equipment is cheap and plentiful.

The mapping was haphazard, and none of the maps were truly memorable. The narrow corridors did give me opportunity to lose enemies that were chasing me that I didn't want to fight, so that was good. However, me wanting to avoid battles? That rarely happens. Battles test my mettle! But I guess I didn't find them all that engaging.

Being one-shot by a Ghost Wizard on the second floor wasn't very fun - more frustrating than anything. And the lack of any penalties on death really undercuts the tension of the game, to its detriment. Without the fear of loss, where is the thrill? But maybe I am being a little too oldschool here.

I was a little irked that to start the game I was provided with 100 gold, and then immediately presented with a shop wherein I (logically) purchased my starting equipment, only to find after one simple battle chests with all of the same (or similar) starting equipment. I felt led astray there over wasting my precious starting gold.

Was I only supposed to gain 1 LP per level up?

I built my baby's skillset and parameter set to that of a fast fighter. My rationale was that physical attacks were damn effective, and killing the enemy before taking damage saved HP. This simple strategy worked pretty well overall.

Once I unlocked an additional party member, the customization opened up and I enjoyed the game more.

He was my favorite NPC (being the only NPC helps) Atmosphere
I gotta admit - from the first moment I heard of the premise of D is for Dungeon, I was tickled. A baby sent to save the world? A nice twist on the Chosen One trope. I watched the intro (of course I watched the intro! I had to know the backstory! I was not disappointed. It was presented in a simple yet charming style. I would recommend not skipping the intro)(Yes, I lump story in with atmosphere - that's where it belongs). But playing through it I felt the game could have benefited from more exposition. I want to know more about Babby dammit!

This is a bit astonding, but I actually felt a tinge of nostalgia for the RM2k3 RTP usage. This just tells you how old I am (but lucky for this game it counts in its favour!). The chipsets (are they still called chipsets?) are used well, and the music tracks chosen for the dungeon crawls were among my favourite RM2k3 RTP tracks.

The enemy battlers were pretty! Battle animations for spells seemed pretty stock, though. I liked the weapon animations and baby's animation moveset. They were a pleasure to watch.

Fun Factor
The premise of the game kept my interest going far longer than the stock trope of "hero saves world" would have. I had fun just imagining I was a baby descending into the depths of evil. The frequent level ups and rewards were nice and satisfied my inner treasure hunter, but the lack of varierty in rewards kind of dulled that.

The game was fun, but not super-fun. Conclusion
D is for Dungeon is a competent, moderately fun, and quirky dungeon crawler! Worth the time for those of you that enjoy a straightforward dungeon crawler.

I really wanted to like this game a lot. Instead I only just liked it.

3 out of 5 golden pacifiers

This game was pretty good, as is this review. >.<)b
Addit

Although, minutes after your review was approved, you manage to bump mine off the front page, lol. Maybe you didn’t want anybody to find out that I preferred Super Talking Time Bros. 2.5 over Super RMN World and wanted to quietly cover that up.

...Anyways, good review. I’ll have to try this one out one of these days.
kentona 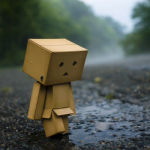 Close
09/05/2014 02:46 AM
Actually, I had forgotten that as administrator I am given the same rights as a Contributor, in that many of my submissions are auto-approved.
dinkledaberry

Close
10/02/2014 10:25 PM
Thanks for the review kentona! I'm glad you liked it. For a genre most people loathe I'm happy to see positive feedback!
Hopefully my next project won't take too long to finish. :)
Pages: 1