The boy behind the mirror

Good day!
Mirror Boy is the game I'll review today an for once this isn't an adventure game, a horror game or an rpg! No! This is a short (about 30 minutes) arcade game, made with unity by Slash in about ~36 hours for the 2014 Indie Game Maker Contest 2014.

The plot is simple: the boy is tasked to take his family sword and kill the evil witch, BUT he disobeys and instead starts his adventure with a mirror. And that's how Mirror Boy begins, with the boy leaving home to face traps and monsters, armed with just his mirror.
The game plays with keyboard (used to move the boy) and mouse (used to turn around the mirror) and no other key. Yes, the game is super-simple, intuitive but also not always easy. Our aim is in fact to survive using the mirror as a shield to deflect enemy projectiles, not just to protect the boy, but also to attack enemies and destroy rocks and barriers. 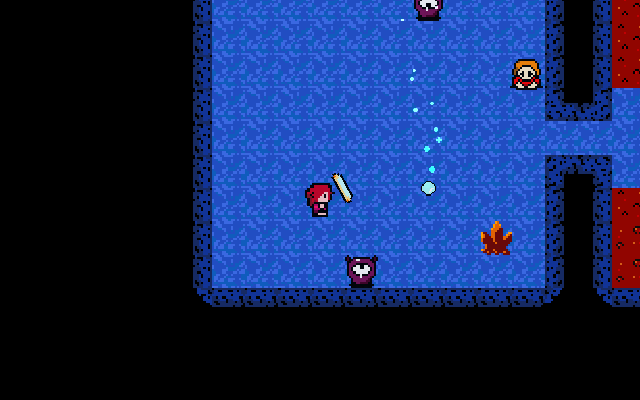 The masked guy is sad because I just hit him deflecting a projectile shot by the other enemy!

This 2014 game apparently takes inspiration from a 2012 classic: Hotline Miami. Ok, there is no violence and the setting is different, still there are many things in common, for example the 1-hit death system with no lives, where every level is restarted if we die, but we're free to re-try until we can exit the room (leading to a similar gameplay of try and re-try). Yes, this it basically our aim: in each map we just need to leave, and it does not matter if every opponent is dispatched or not. Also the maps and visuals, despite the side view of the characters, do not offer a real different perspective compared to the top-down one of the game I previously mentioned, anyway for the rest the similitudes end here.

Mirror Boy in fact despite the similar gameplay style, offers a more action-puzzle system where you have to take advantage of the enemy attacks, avoid lava pools and spike traps, or use them to defeat the masked enemies, and always remember that the mirror is the only thing that stands between the boy and death!

Visually the game offers custom graphics that are pretty simple and stylized, but cute and present a limited colour scheme that immediately shows in red/orange colors the obstacles, enemies and damaging things (ok there are purple things too but these are just the turret that shoots bullets and cannot even be destroyed), compared to the rest that is dark blue/light blue. Music is exactly what you can expect from a classic arcade game: repetitive but catchy! 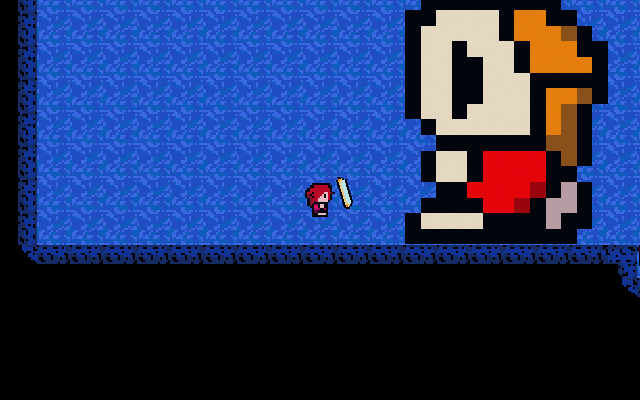 Final Verdict
Well Mirror Boy is a game made for an event, so it's obviously simple and short, but I admit it's fun to play and find the solutions to exit the various rooms, some near the end were especially challenging, but not impossible or frustrating.
This is a simple "pick up and play game" (don't expect complex mechanics or lots of enemy types!), where the story is not really important (described in three slides of text: one in the beginning, one at half of the game, and one for the ending. This is it!) and can be ignored in favour of focusing to play a simple, fast and original arcade where you have no means of attacking but just deflecting enemies' attacks. Enjoyable, really, pity for the shortness and the abrupt ending, still these were thirty minutes of fun time!