Reminds me of Castle Crashers

Our Hero: Origins is an Action RPG created by Ste for RPG Maker VX Ace. For the action RPG portion of the game enemies appear on screen in real time. The player presses the “A” button to attack enemies while at the same time trying to avoid attacks. The game also incorporates platforming and puzzle aspects to each level.

You are a farmer and you find a crystal that belongs to the king. You bring the crystal back to the king and he gives you his thanks. After you leave the castle the king comes running out to tell you that the crystal has been stolen. The king asks you to get the crystal back. The hero, always dreaming of being a great warrior, quickly agrees to help out.

The “story” aspect of the game is actually quite simple. You are generally given a reason for what you are doing. There are no real complex plot devices: You are a hero and your goal is to save the kingdom. The most interesting aspect of the story might be found in the short, but somewhat interesting dialogue between you and some of the characters. 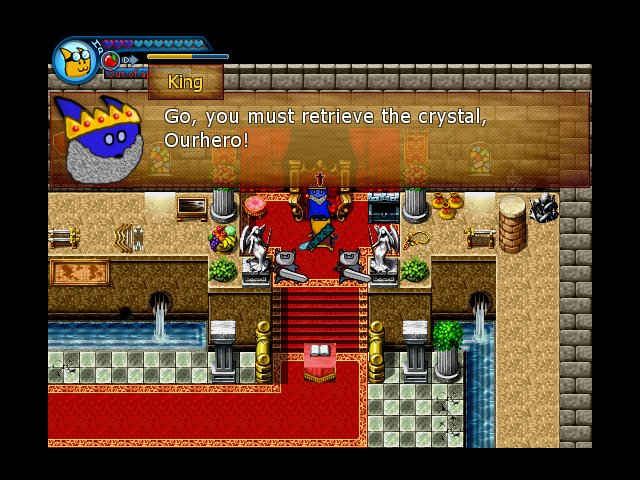 (The king really needs your help!)

The sound quality of this game is excellent. Everything seems to fit so well with the atmosphere of this game. I really liked how the background music in the game fit the environment the player was in. The best way I can describe the music is simple, fast, and upbeat. Absolutely excellent job in this area.

My first impressions of the graphics made me think of Alien Hominid and Castle Crashers. The sprites have a sort of cute cartoony feel to them. The sprites and faces for this game were obviously well designed. And this is the aspect that first drew me into downloading the game in the first place. The mapping uses a lot of standard tile sets that you will see in RPG Maker VX Ace, but the mapping is pretty competent and seems to fit well in the Action RPG setting the game sets up.

What makes the mapping really stand out? In my opinion the day /night /weather system the game uses gives it the edge it needs. It’s really nice to see this sort of effort being put into a game.

On the other hand I didn’t feel like all the animations were what I would have liked them to be. The sword attack movement is not one of my favourites. The sword feels like it moves too slow and it doesn’t really appear to be moving outward to attack the enemy. 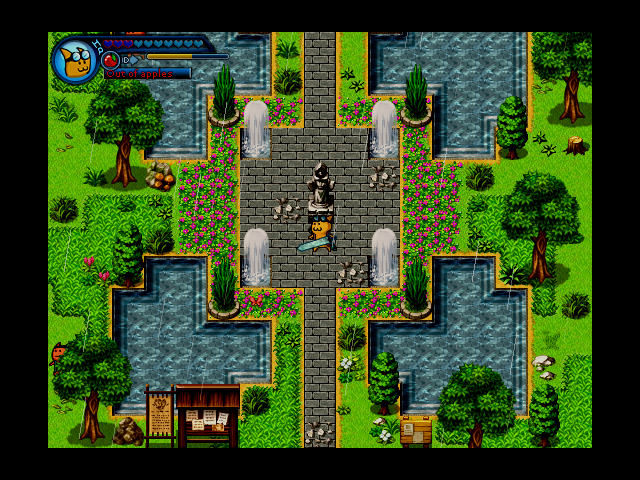 The gameplay is divided up into 2 parts: combat and platforming. The game really does a nice job breaking up the game into different kinds of sections. So you won’t get bored of just doing one thing. The platforming aspect mostly involves jumping over holes, climbing walls, avoiding boulders, and even controlling enemies to hit switches. There are some nice puzzle aspects included here as well. 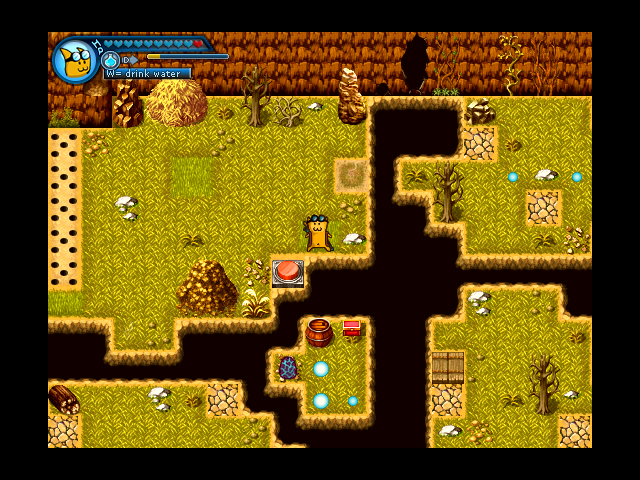 (An example of a decent puzzle.)


The combat isn’t as good as I would like it to be. I found that the player moves around too slow and his sword attacks feel sluggish. Combine that with the fact that the enemies are moving around randomly, so you’ll miss a lot of your hits. The combat also has a gauge that once fills up allow you to access one of your powers. This makes the combat a bit more interesting, but I felt it took too long for the gage to fill up. In addition when you want to activate a power move you need to select the move you want to use after hitting the “X” button. This just takes way too long, especially if you’re fighting a boss battle. It would have been much better to allow the player to equip the power up he wants to use and have it quickly activate when used. 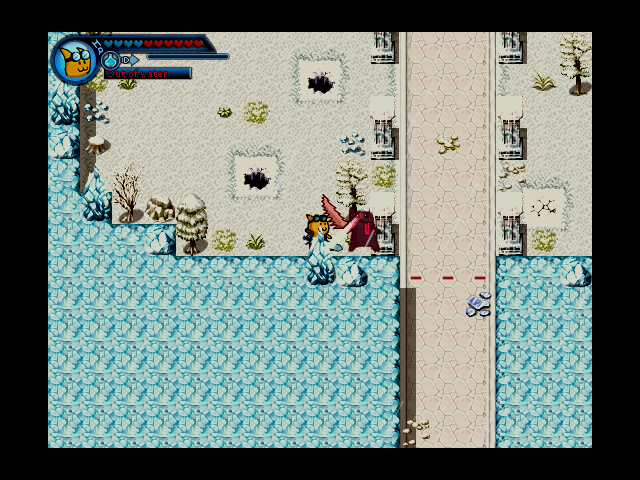 (If he doesn't drop the crystal piece you can wail on him all you want.)

Though on the other hand I really liked the upgrade system the game had. Being able to use experience points to effect what aspects of the character improved was probably what made the combat worth doing in the first place. 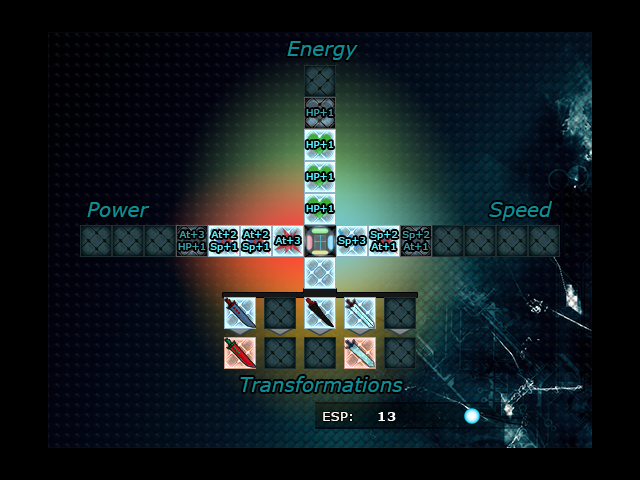 (A part of an excellent menu system.)

Our Hero certainly has a nice production value. It feels well-polished on first glances. I did find some odd bugs when learning a new skill or choosing to change the difficulty (Text message on screen won’t go away until you restart game.) And there is a bit too much hand holding the player at the beginning of the game. The look and sound of the game are excellent in my opinion. And even though there are some issues for me in the game play it’s still a pretty good game. That’s why I give this game a 4 / 5.