Unraveled is an RPG game with platformer aspects and a lot of exploration, plus a custom battle system. It hit a professional feeling similar to "To the Moon", giving me a full experience with plenty of gameplay for it's short time. My first playthrough gave me a good hour and a half of game time, and it was time well spent. After finishing, there's plenty of replayability in the form of achievements. A secret ending? Damnit, now I have to play again! 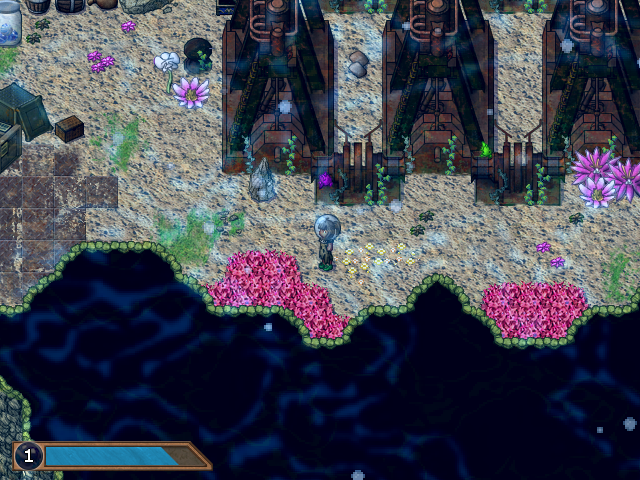 A beautiful underwater environment. The second "level" of the game.

With the way the game presents itself, I'd say it was mainly an exploration game to me. The player can run around, jump across gaps. It should be said that these gaps are usually easily identified by the eye. If it looked like I could make the jump, I could. There was also more platforming in the form of jumping and shimmying down pipes. There were ladders. Plenty of stuff. I never ran into a platforming glitch except here, and I'll hide it in a spoiler tag to save space for this review. I already have three regular pics so:
Show 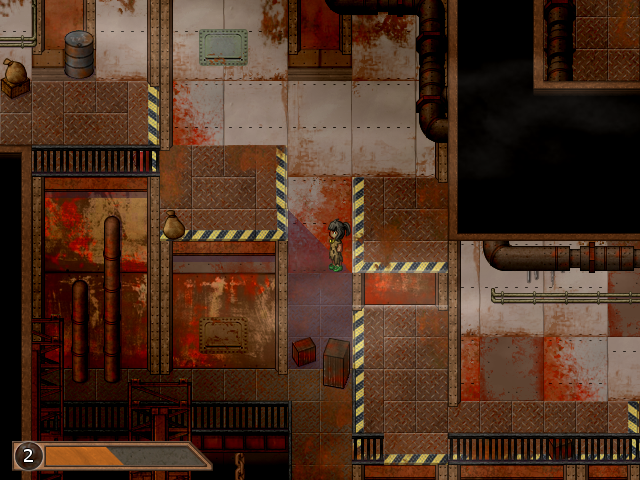 A little passability error, but no biggie.


I guess the biggest complaint would be that each new, varied environment(beautiful stuff, by the way) could bring something new to the table. The underwater portion lacked an "underwater" gameplay mechanic. However, in the forest, jungle level there was a new mechanic. I'm referring to the butterflies that blocked multiple doorways, each with a convenient horn next to them. The player has to find the other end of the horn, each color-coded, and blow into it with their giant, furry friend Marbles. 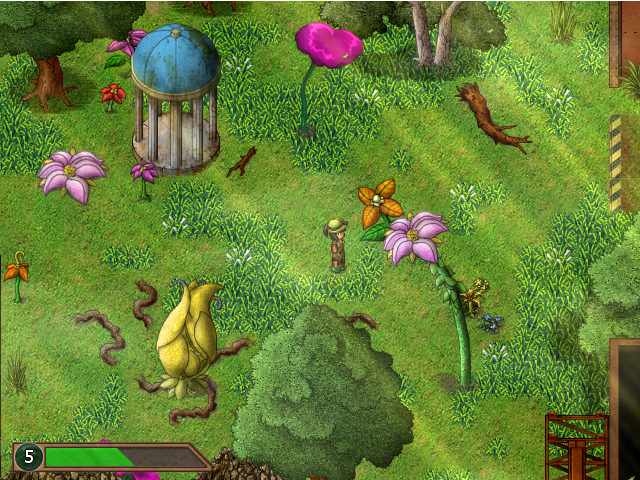 I meant to show a battle with my forest level image. I took a picture of just the environment instead :P. Look to the gamepage's images for screens of the battle system.

That reminds me! Our giant, furry friend jumps around the setting, giving our character a sort of objective or direction to go in. He pops back up to do battle on the occasion this happens, but other than that we trek the environments alone. The character duo seems to match up pretty well, they being friends. A relationship similar to a girl with her toy, teddy bear. The game's for the most part narrated by these two and their expressions. There is only one line, which is in the beginning. Other NPC's, such as the little girl's family, also pop in memories doing the same thing, using physical expressions. That's how this game tells it's story. A speechless narration, which brings me to the writing, before I get to the battle system.

Now while I tend to write a lot of dialogue in my storytelling, this game avoids that and instead let's the player just watch, sometimes listen. The audio in this game does a great job with tone and atmosphere. The atmosphere is just beautiful, and while a half-imaginary, half-realistic world has been done before, the setting being a rusty shipwreck felt different. The most notable parts would be the transitions. Sure, the girl jumps in the water and ends up in the underwater portion. But as she walks in the ship, the forest visually grows into view in a quite remarkable scene. Definitely my favorite part, there.

While I feel like it's a lot easier to tell a story with no words, I definitely consider the work put into just telling the story through environment an art and equal work on it's own. This game succeeds and is better without words. Something I'll be keeping in mind for myself, something I'll be taking away from this(less word ,more show!). This game was just shy of not having enough story, to be honest. We find out what happened to her family and what happens to the real person she encounters, but I couldn't take anything from the story as it is. I'll go back to that in my conclusion, however. 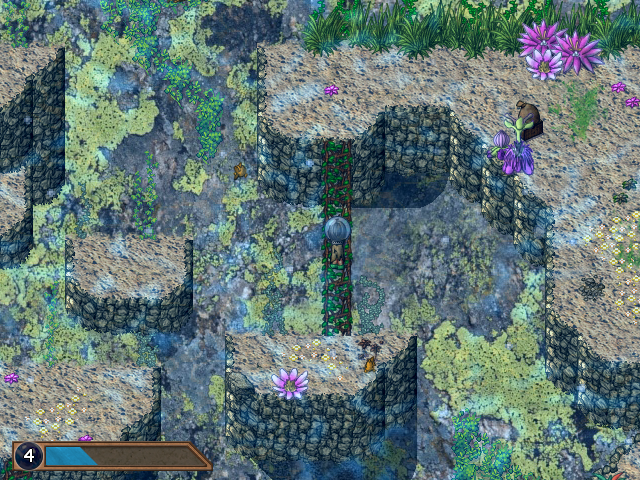 Look at this environment! And art isn't even it's main focus.

Back to the gameplay, the main objective for the player during the exploration portions is to find orbs, which would open up a path to the end of the segment. This reeks of To The Moon, however I feel it fits with this game. Having collectibles to look for is a major tool for a game designer in terms of an exploration game like this. Platforming is a good puzzle component in hiding objects, requiring the player to actually think when they are traversing. While it's not THAT much more thinking, having these objectives definitely works, giving us direction. Perhaps more reason for why it's orbs would help, but ah well.

Finally, before my conclusion, the battle system. Skills each are either a focus or rage skill, defending being neutral. Battles pop up infrequently, but are there. After each one, the player is given something new for the next one. Other collectibles, memorabilia, affect gameplay as one-time use items, but use them rationally. There are only eight in the game. Of course, that's all that's necessary when there's six battles in the game. I found 7 of the 8, with only one left for the final battle. I lost that one, so it's fine for me to say that it was ultimately better without gameovers. I have plenty of motivation to return and try to win all the battles, three-stars each. I feel like I lost a bit when I reached the end, not having the optimal score I wanted. Letting me complete the game before trying again helps the story move along and keep progressing. As for the battle mechanics, you have to do a lot of anticipating the enemy's moves to make sure you pick the right skills. It's pretty strategic, watching that focus/rage bar. There was an appropriate amount of challenge, every battle having good balance.

Looking back, that was a big review. I'll end this review by touching upon my final thoughts. Back to the writing, while this story has great emotion in it's scenes, and while you can take away from the main parts of the game, there was a lack of a "concluding" message to take away from this experience. Before there's a misunderstanding, it's not like this game isn't memorable. It is, and there are things to take away from it. A book can be great and pulling, but when I finish it, will I be satisfied by my time spent on it? With this game, yes! Although it's rather close. This review was done before the planned, extended version of the game. I'll be looking forward to that, seeing what's to come. Hopefully with more, I can have that concluding message. That'd be the great finish to making this game an easy 5/5 stars.