Hey everyone, I hope you all had a great holiday week!

To start off this well-overdue update, several more overworld sprites have been completed. At the moment, there are only a small handful of remaining overworld sprites yet to be finished. Let me know how you think they’ve turned out! 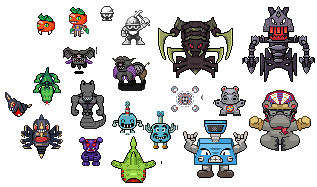 The next point I wanted to address has to do with the story. I’ve gone back and forth about how exactly I wanted to handle things, whether to stick with the more traditional Pokemon style, or to go for something far different, or even to meet halfway. Ultimately though, I think I’ve settled on which I wanted to go for, all of them! More specifically, I’m thinking of allowing you to choose one of several campaigns at the start of the game, each one following one of three important characters who cross paths multiple times throughout their journeys.

The first campaign is the most traditional of the three, and will be what the currently existing portion of the game will be reworked into, retaining the usual butting heads with the bad guys, and taking on the gym challenge.

Second is Rosalyn. (As a note, these names here are the names given to these characters when not playing their campaign. When playing as them, you have the option to set their name) Her campaign will follow more of a “Pokemon Ranger” approach, focusing more on events happening in the region, rather than aspiring to take on the league.

And lastly, there’s Zade. His campaign will be from the perspective of the enemy team, at least initially, and will delve into his reasons for joining their cause, and the emotional weight that it has on him.

With all that said, I plan on finishing up the original campaign prior to starting work on the remaining two, so as not to further delay the game.

Lastly, I have some news about the other main project I’ve been working on. I’ve mentioned it a few times before, but in case you hadn’t seen it, it’s a more traditional JRPG that takes place in the same world as Pokemon RMN. It’s been pretty fun actually to think about how many of the ‘mons would function as more traditional RPG enemies as opposed to Pokemon, it opens up a whole new realm of possibilities with specific battle strategies and gimmicks that aren’t feasible in a Pokemon battle. The game takes a lot of inspiration from the Golden Sun series, with a lot of focus on exploration and using magic outside of just battle to solve environmental puzzles. Anyway though, if anyone’s interested in knowing more about it, just let me know. I’ll likely set up a gamepage for the project before too long. It’s still got a while to go before a demo would be ready, but I thought perhaps some of you would be interested in seeing how the Ahremin region and its diverse range of creatures would translate into a more traditional JRPG setting.

As for the next update, it’ll likely revolve around changes to mapping. One of the bigger tasks brought on by moving away from the Pokemon brand has been changing out the project’s tileset with non-Pokemon tiles, and remapping to fit the new tiles. Not the most difficult task, but one that’s taken a long while.

Have a Happy New Year everyone! :)
Choosing a starter Pokémon

Close
08/08/2014 11:08 PM
I forgot to mention that I redid the logo for this project, as you can see. I thought the old one was a little bit wonky and I wanted something that represented RMN a little more.

Aside from that, I put up the character page and the game mechanics page as well, for those who are interested. The other pages that are coming soon are:

... and anything else that I might remember that I need to show.

author=sawworm
My body is ready~ 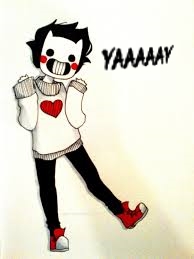 Prof. Bick is pretty much my own self-insert in this game, mainly because I felt a bit like the "Pokemon guru" of RMN during the event, and the role of a region professor isn't as pretentious as a gym leader or champion. His first name is spelled out from the first letter of my name ("J") and his last name is the first four letters of my last (Bickelmann). His personality is not related to mine at all, by the way.


It's actually done! I'm putting together a little Fakemon Card style image that would show the sprites for everyone in the roster, so you'll see it soon (hopefully).


Nope, I would dare do that to your awesome guitar Pokemon.

Ok good, do I need to do more for the game to be listed as a dev? :P


Lol. It's up to you. You can check the blog post I made to see if you want to help out in mapping/animations or whatnot.
Addit

I haven’t played a traditionalized Pokeymons game since the good ol’ days of Silver and Gold for the Gameboy Color many, many moons ago, so I wouldn’t mind playing something like this whenever you manage to fully complete it. I know it isn’t technically the same, but it’s still a Pokeymons game, god damn it – and I wantz to play!

I shall be giving this a subscribe and lurking around the tall grass for now.
Pages: first 1234567891011 next last