2 reviews
Save to Dropbox
The Hero (The player)

Pokemon RMN Version allows you to choose between eight playable characters, each with their own theme based on your desired personality trait.

- These couple of teens are too cool for Trainer's school. They rock their sweatshirts and baseball caps, travelling the region in style.

- You don't want to mess with these trainers! Their spunk and hot-blooded personas keep them from succumbing to the difficult trials associated with Pokémon training.

- These spiritually oriented young trainers seek enlightenment through Pokémon battling. The male is bald, too!

- There is very little to say about these two. Maybe they're crazy, or simply just free spirits who don't care about any type of convention whatsoever. They may look stupid, but just like any trainer, they're serious about their goals and they're determined to be the best.

- A renowned scientist in the Ahremin Region, Prof. Bick dedicates his life to documenting the unique Pokémon species within the region. He's a light-hearted fellow who enjoys studying his strange test subjects up close within their environment, even if it puts him in harm's way. As the leading scientist of the Ahremin region, he also has a supply of starter Pokémon to give to new trainers to aid them on their endeavors.

The Villain and Your Rival

PROF. HENRY MANIC
- The self-proclaimed greatest genius in Pokémon science and Prof. Bick's former mentor is as crazy as he is ruthless. After escaping imprisonment for committing an atrocity towards mankind, Prof. Manic arrived to the Ahremin Region with the mindset of starting trouble. He kidnaps one of Prof. Bick's starter Pokémon (coincidentally having a type that is strong against the player's choice), and starts wreaking havoc with his army of robots and artificially-made Pokémon. What could his intentions be? Nevertheless, it's up to you to stop him and his lazy eye from terrorizing the region.

KENTONA
- Compared to Prof. Manic, Kentona is nowhere near as sinister in both his appearance and motives. If there is anything wrong with him, it's that he decided a little too late in his middle-aged life to become a Pokémon Master. He can't quite get the hang of training like his peers, and often loses battles. Despite his ineptitude regarding Pokémon, he's a good sport who always tries to learn from his mistakes rather than dwell on or blame someone else for them. Towards the beginning of your journey, he'll always wind up with the starter Pokémon whose type is weak to your own.

Close
08/16/2014 05:08 AM
I think I have that character sprite somewhere. This page primarily describes the main characters that have a significance in the game's plot, whereas the cameo trainers based on the contributors is going to be more of a post-game kind of thing.
Kylaila

author=Kylaila
Why does the quirky female have to be yellow? :/ Aww.. what to do..
Though it is, I guess..


You could easily do a palette swap of the sprite before beginning the game.
Kylaila

author=Ratty524
I think I have that character sprite somewhere. This page primarily describes the main characters that have a significance in the game's plot, whereas the cameo trainers based on the contributors is going to be more of a post-game kind of thing.

author=Kylaila
I guess I'd like an instruction on that then^^
Good to know.


I'd like an instruction on this as well.
Blobofgoo

author=Kylaila
I guess I'd like an instruction on that then^^
Good to know.

I was just saying you could change the colors of the resource itself before starting the game.
StarBlazor

Close
10/25/2014 12:20 AM
This may just be me but I feel like the lack of Black trainers is a bit weird. Don't get me wrong all of them look great. I just would enjoy if there was a Black trainer. Of course I'm just complaining, keep on keeping on.
orochii

About the color swaps, maybe we could share sets of color swaps for personal use. That would include black trainers of course, in a variety of colours, and the quirky girl with a different outfit colour (or even different outfits! but that's left for anyone interested at doing that).
I see of course these sets more of a community thing than Ratty and a select few of others having to make 100's of "official" colour variations.
halibabica

Close
10/25/2014 05:02 PM
Having different skin tone variants of each character sounds like a good idea to me. It probably wouldn't be hard to implement, but that's Ratty's call.
AlexBrown
8 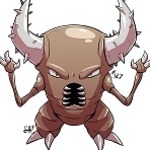 Close
12/02/2014 03:13 AM
A really unique feature you could add instead of these trainers is a character customization at the game's start. Just a friendly suggestion. I keep waiting for a pokemon game other than the mmo to do that.
Liberty

Close
02/25/2015 10:38 PM
I wonder if we could get some dark-skinned characters up in here. It's like an ocean of white and I know we have people on site who have darker skin than that. It'd be nice to see some variation in skin tone, even if it's just a few recolours of the current ones.
Seiromem

Close
02/26/2015 01:20 AM
Yeah, Ratty said something about adding some varying shades of people in the last blog post.
Liberty


It's pretty much both.
Pages: first 12 next last