2 reviews
Save to Dropbox
Introduction:
Soulkeeper's Nim is a small text-based nim game that I made just for fun, and simply just to practice the python programming language. I've yet to get the grasp of classes, so this is merely a crude compilation of functions (for those of you who are tech savvy).

Mechanics:
A nim game is a game usually played between two players. Each player take turns in taking a number of 'units' from the 'pool' of the said 'units'. The player who takes the last unit is the winner.

In this game, the 'pool' is 20 units and each player is allowed to take either one or two units from the pool at each of their turns. Easy right?

Uses:
I made this game to be a 'time waster' of sorts, so might as well use it as one. It isn't really that complex of a game and it runs fast enough that you can have a full game finished in 30 seconds. So yeah, time waster.

Running the program:
This game can run in windows and any other OSes that have python.
For windows, simply launch the included sk_nim.exe file.
For linux and all else, open Terminal and change the directory to the directory of sk_nim.py.
Then, enter python sk_nim.py

Other Stuff:
I also threw in a crude 6-sided dice roller just because I thought I should have it in.

Also included is the source code of the game, if for any reason, you want to see how it was done.
Just a heads-up: it's pretty messy!

Oh, if you need more info and the like, refer to the readme. Or you can open the source code (sk_nim.py) using a text editor. I've commented it sufficiently enough.

I just found it amusing.
TungerManU

Do you feel you can add an insight and/or impart information that would be useful to other potential players? If so, yes go right ahead. :)
karins_soulkeeper

author=nhubi
A Clarisse is another name of a member of he Order of Saint Clare, makes me feel like I'm going up against a nun.

I just found it amusing.


Not sure what you can possibly write about. The game's just too small and all. But if you do manage, go ahead! You get makerscore, I get makerscore. It's a win-win situation ;p
TungerManU

But really, you're serious? I don't think it's worth the effort on your end.
TungerManU

Yeah I think with something like this as it's not really a game as such, but an experiment the hard part would be getting the 300 words.

The developer of this game is currently studying the python language at school and in an effort to better grasp the intricacies of the programme has developed this small text based game. Soulkeeper's Nim is as the title suggests a Nim based game, for those of you who are unfamiliar Nim is a basic subtraction game. By basic I mean the rules are incredibly simple, from a pool of 20 available units the player and the computer can each take 1, 2 or 3 units from the pot. The game comes to an end when one of the player's moves involves them taking the last object or in this case unit in the pot. Whilst the rules are simple the game play is not, Nim is a strategy game whose origins can be traced back to Ancient China and was played in Europe as long ago as the 16th century; a game does not survive for centuries and perhaps millennium if it is boring. The possible combinations of move and counter-move are almost endless and the number of ways to lose is almost as high. Winning in this game involves strategy and the ability to be able to think ahead of your opponent. The developer has stated that he has tried to make the computer as smart as possible to create a challenge for the human player and I believe with this game has managed to achieve that with a reasonable degree of competence. For anyone who has played this type of game before it's not too difficult to outwit the computer opponent at least half the time, but it still gives you a feeling of accomplishment when you do.

Overall I'd say for a little experiment to test the capabilities of a programming language that is new to the developer, Karin's Soulkeeper has achieved his ends and produced a small but somewhat addictive little game where you can while away a good hour or so without even realising.

329 words. Done...the hard part is thinking up a catchy title for the review.

As for the title, how about 'Damn it Clarisse, Why don't you lose already?' :3

Edit:
I'm not really the type of person to bribe, but here have a cookie. 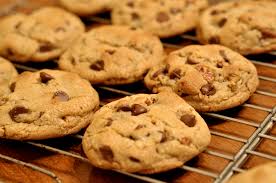 Hmm, I think that title would work better as a screenshot caption.

Oh I've got it, by the numbers. Covers both the actual gameplay and the programme mechanics.

Seriously though that took me about 3 minutes to write, but if you're sure you'd be happy and Soli approves it, you'll get your MS :)

See what you get with sweet baked treats?
karins_soulkeeper